Man Hit Vehicle Head-On, Cruiser on Route 15 in Wallingford While Under the Influence: PD

Connecticut State Police have arrested a man who is accused of hitting a state police cruiser on Route 15 in Wallingford before hitting another vehicle head-on while under the influence on Sunday night.

Troopers responded to reports of a wrong way driver driving northbound in the southbound lanes of Route 15 near exit 60 around 10:15 p.m.

According to state police, 44-year-old Rodenstein Mine, of Bridgeport, was driving and hit a state police cruiser near exit 64 then continued northbound and hit another vehicle head-on near exit 66. 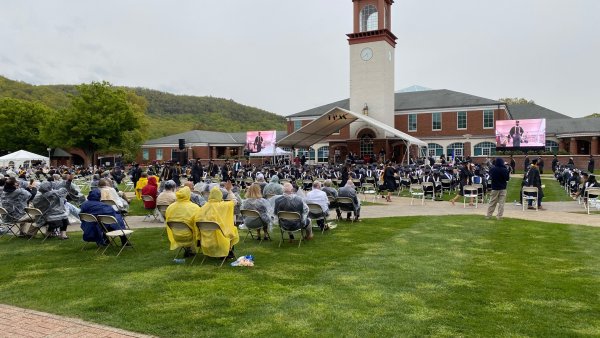 The driver of the vehicle that was hit head-on was transported to the hospital for suspected minor injuries, authorities added.

Mine was given standard field sobriety tests, which state police said were not performed to standard.

Police said Mine was arrested and is facing several charges including illegal operation of a motor vehicle under the influence, driving the wrong way on a divided highway, drinking while driving, reckless endangerment, disobeying a signal of an officer, evading responsibility and driving a motor vehicle when a license is suspended.

Mine was held on a $10,000 bond, which he was unable to post, state police added. His custody was transferred to the Connecticut Department of Corrections staff at New Haven Correctional Facility. He appeared in court on Monday.