Hundreds of dignitaries and public officials joined MGM in downtown Springfield on Tuesday to break ground on an $800-million casino, which is slated to open in 2017.

The new MGM Springfield casino will be situated on a 14-acre site in the city, just five miles from the Connecticut border.

The groundbreaking is largely symbolic. MGM still needs state approval to demolish a historic school building to start the first phase of the project: building a 3,600-space parking garage.

The centerpiece of a $2.8-billion economic development plan for the western Massachusetts city, the casino is expected to create 2,000 construction jobs and 3,000 permanent positions.

"This is bringing thousands of good-paying white collar and blue collar jobs," said Springfield Mayor Domenic Sarno. "It gives us an identity."

The concept behind this new identity came from one of Springfield's darkest days. A tornado tore through parts of downtown Springfield on June 1, 2011, leading many to question the city's future.

The new 25-story tower – complete with 250 hotel rooms, a 125,000-square-foot gaming floor, restaurants and bars, a world class spa, pool and roof deck – will stand on one of the blocks the tornado hit. 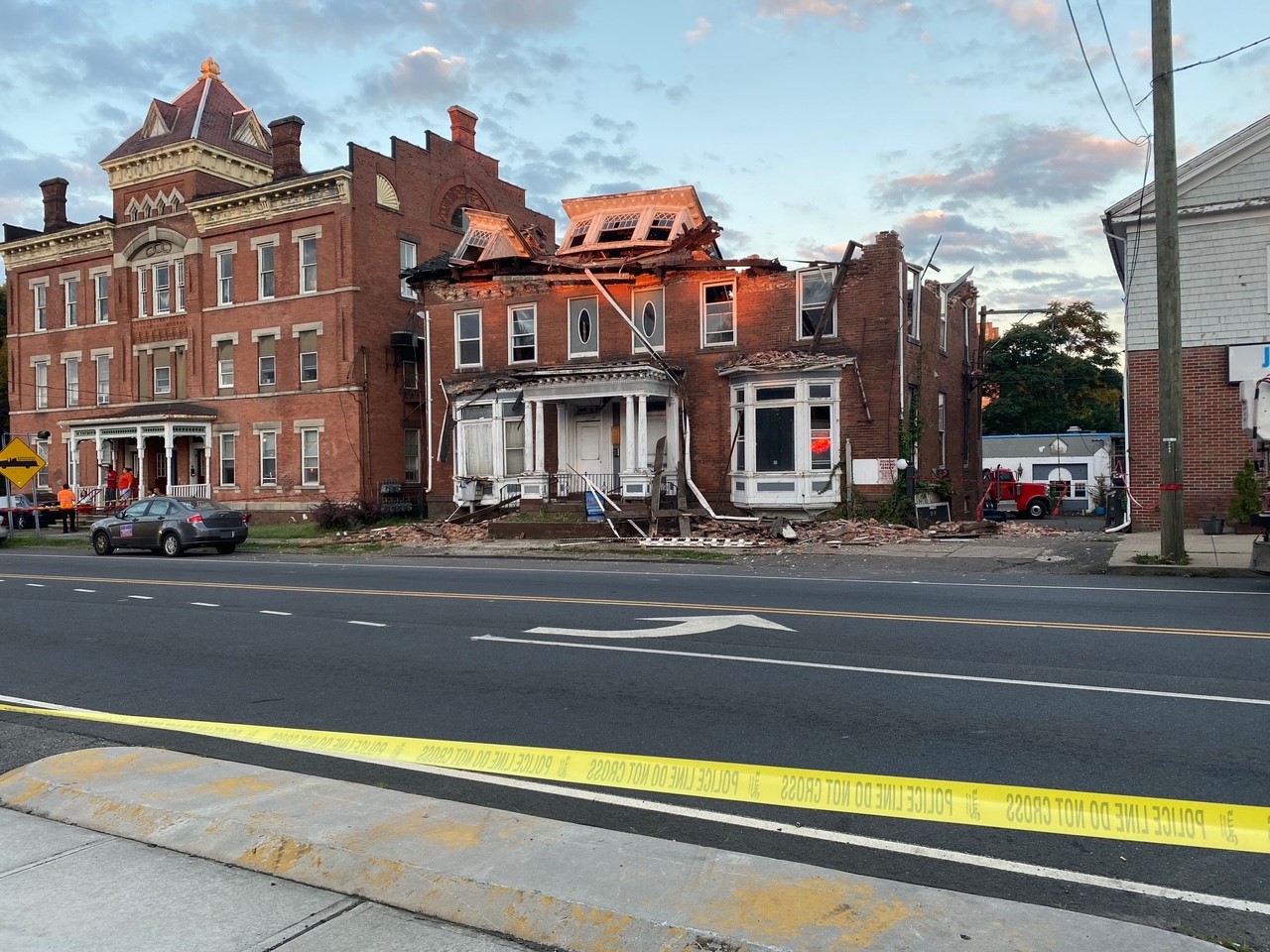 Building Will Likely Need to be Torn Down After Partial Collapse in Meriden: Mayor 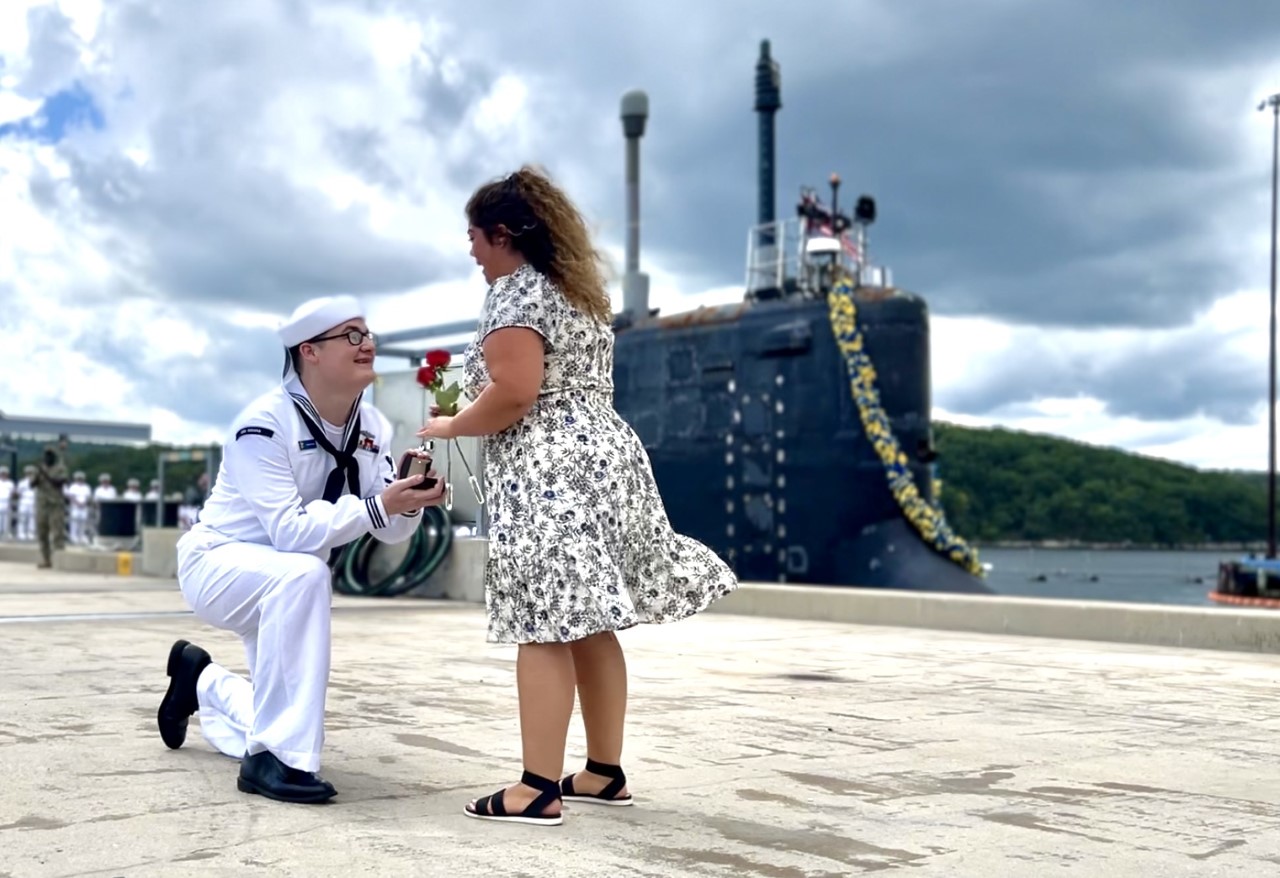 "We rolled up our sleeves,put our visions together and out of the rubble rises the phoenix," Sarno told the crowd Tuesday. "It is MGM."

Connecticut legislators are mulling the idea of allowing Foxwoods and Mohegan Sun to expand into the northern part of the state in an effort to curb an anticipated loss of revenue when the Springfield casino opens.

Mohegan Tribal Chairman Kevin Brown and Mashantucket Pequot Chairman Rodney Butler said in a joint statement Tuesday that the Springfield casino could have a "potentially devastating impact" on Connecticut.

"Today, competition on our borders is a reality and we are grateful for the leaders of the General Assembly, who understand the economic threat, and are taking steps to protect the thousands of Connecticut jobs that will be lost in 2017 if no action is taken," they said.

Jim Murren, chairman and CEO of MGM Resorts International, is undeterred by the neighboring state's plans. He added that Connecticut is a part of the company's New England marketing plans.

"I’m more than ready to go toe-to-toe with the two tribes and their reservation casinos," said Murren. "We’re spending over $800 million here. We’re going to put 300 jobs to work and build a world-class entertainment resort. It’s not going to be a box of slots."

Murren, who is originally from Fairfield, said the idea of opening slot parlors is not what he would call "entertainment."

"I’m not at all sympathetic to the view that Connecticut, which has had a duopoly for decades, is going to have a little competition," Murren said following the ceremony. "I hope they do what anyone should do and dial up their game and get more competitive in their existing casinos instead of deluding casinos throughout the state of Connecticut."

Tuesday's groundbreaking marks a significant development in New England's growing casino race. Wynn Resorts, like MGM, is aiming for 2017 to open its $1.7 billion casino in the Boston area while a slots parlor is set to open June 24 at the Plainridge racetrack in Plainville.

Calls made to representatives at Foxwoods, Mohegan Sun and Gov. Dannel Malloy’s office have not been returned.