Nearly a year after the disappearance of Jennifer Dulos', the woman charged with conspiracy to commit murder in connection to the case has issued a statement:

"My name is Michelle Troconis. For the past year, people have said many things about me - some kind; some cruel. I was advised by my lawyers to remain quiet and rely on the justice system, which is very frustrating for me because there is a lot I would wish to say. It has been nearly a year since I first heard about the disappearance of Jennifer Dulos. As a mother, I am saddened for the loss that these five children have suffered, being left without both parents in such a short period of time. But despite the way I have been treated by the police, I know nothing about Jennifer Dulos' whereabouts or what may have happened to her. I know that under American law, I don't have to prove my innocence, but actually, to me it feels that way during all this time of public scrutiny. To those who are quick to judge people they do not know, let me say this: It is possible to misjudge others. Whether or not Fotis Dulos was capable of doing the things the police and prosecutors accused him of doing, I do not know. But based on what I have learned in the last year, I think it was a mistake to have trusted him."

Troconis made her statement in Spanish, and her attorney's office provided an English translation.

Jennifer Dulos has not been seen since May 24, 2019, after dropping her five children off at school.

Her body has never been found, but police said they have enough evidence to determine she is dead.

Jennifer's estranged husband, Fotis Dulos, was charged with her murder. Fotis Dulos died days after trying to take his own life at his Farmington home in January. A judge agreed to nolle murder charges against him after the state asked the case to be dropped because the defendant was dead. 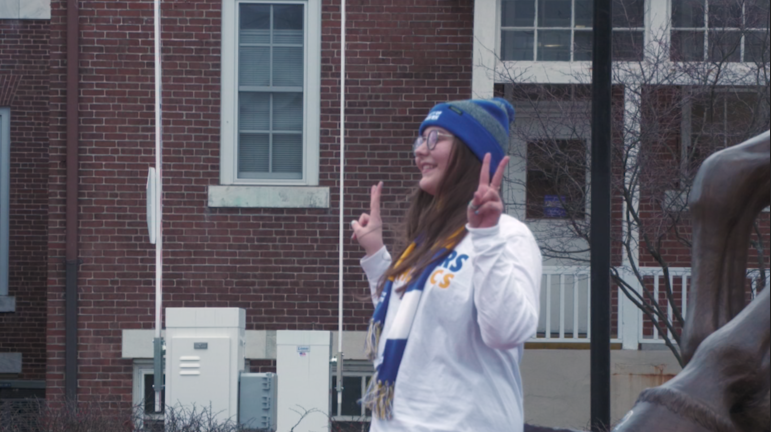 university of new haven 56 mins ago

Troconis was Fotis Dulos' girlfriend at the time Jennifer Dulos disappeared last year. She has maintained her innocence throughout the investigation.

Kent Mawhinney, the friend and former lawyer for the late Fotis Dulos, was also charged with conspiracy to commit murder charged connected to the disappearance.

Some of the most discussed evidence involves garbage bags recovered from Albany Avenue in Hartford. According to the arrest warrants, those garbage bags contained clothing with Jennifer Dulos' blood on them. A person matching Fotis Dulos' description can be seen putting trash bags into containers along Albany Avenue, with a woman matching Troconis' description as a passenger in the vehicle. Troconis later confirmed to police in an interview that she and Fotis Dulos were the people in the video, but said she was not sure what he was doing and make no comment on what police found in the bags.

Troconis' attorney, Jon Schoenhorn, has said he believes her statements to police may have been "twisted." He has also expressed concerns that discovery requests have not been met and that there is evidence he still needs to see.