After decades of dormancy, train tracks behind hundreds of Wethersfield homes are about to be used again.

After decades of dormancy, the train tracks that run right behind his and hundreds of other Wethersfield homes are about to be used again.

The Providence and Worcester freight service will transport soil, lumber, and steel between Hartford and Middletown, according to railroad spokesperson, Michael Williams. He says trains will come through Wethersfield twice a day. Williams said the railroad hopes to one day expand service from New Haven to Springfield, Massachusetts.

“I do have two little ones. Being so close to the track. If it comes through overnight, my boys are sleeping, I’m kind of worried that might wake them up,” said Eric Barnard.

Hours of operation will be based on customer need said Williams. State and town officials say the train will be required to sound its horns for 15-seconds within a quarter mile of each of the eight crossings in Wethersfield. That’s a federal law that the town says overrides any noise ordinance it has.

“The weight of it would vibrate more than anything. It was very heavy coming through when they were using it,” said Joe Pizzoni. 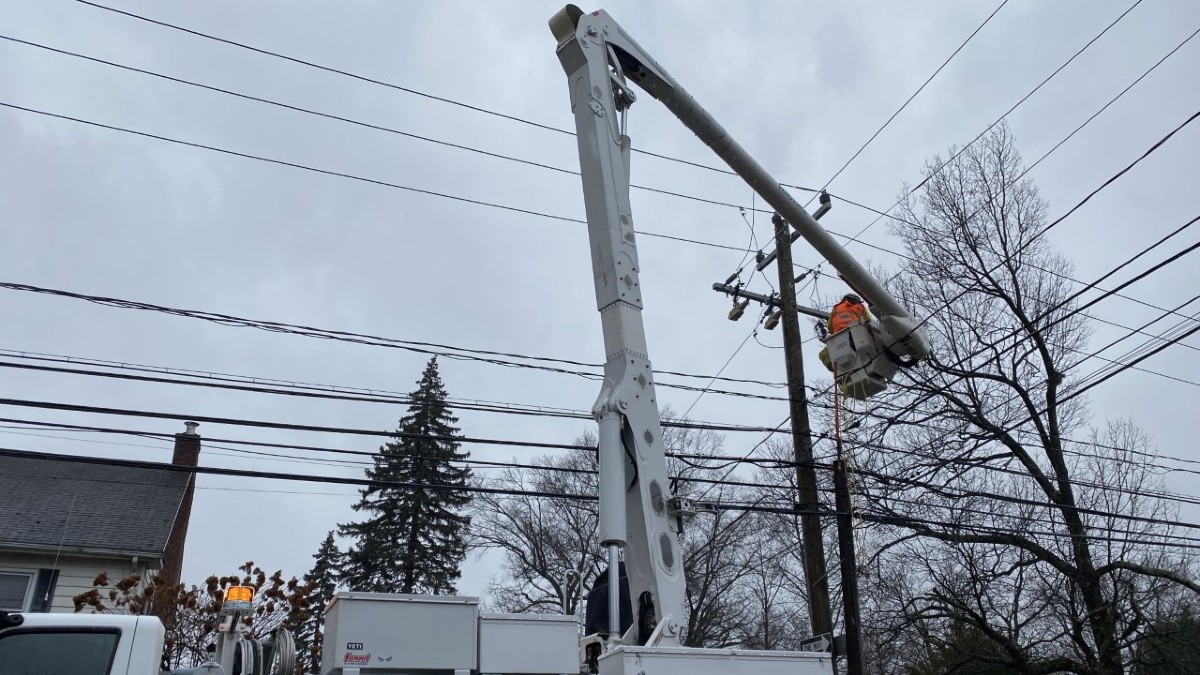 Pizzoni, a longtime resident, remembers what it was like the last time trains came through. He says the potential noise doesn’t bother him.

“I would be more concerned about the property value of the houses in the area,” Pizzoni said.

The potential racket on the rails is a cause for concern for the Hochdorfers who have young children.

“If they’re walking or playing and even just the noise that could be coming cause it’s not that far from my house,” Hochdorfer said.

It’s something he and his wife weren’t thinking about when they settled into this quaint neighborhood.

“It would have been under consideration for sure,” said Hochdorfer.

According to town officials, seven out of the eight railroad crossings in Wethersfield, crossings that some students use on their way to school, do not have flashing lights or gates.

Gregor said the resumption of service will have a significant impact on the community.

“Based on the recent public information meeting held on March 6 with representatives of DOT and Providence and Worcester Railroad (a.k.a. Genesee and Wyoming Railroad), Town staff and residents’ concerns center around safety and quality of life issues,” said Gregor. “Since the tracks have been dormant for so long, some residents, especially children, have never seen trains come through Town, and given their plans to restart service this spring, there is limited time available for educating students in our school system about the related hazards before service resumes.”

The school district is working to get out the word to all of their students whether they ride, bike, and walk to school.

Superintendent Michael Emmett said safety tips have been posted on the district’s website. They also plan to hold assemblies in school.

Emmett said many of their students have never seen a train come through their town.

He wants to make sure they are looking up and don’t have their faces in their phones as they are walking to and from school.

“We have to start the process of retraining ourselves. These tracks have been dormant for ten years, the ten years I’ve been here. It’s just been you head right over them. So, now we have to take a more cautious approach,” said Emmett.

Emmett said school buses already operate under the assumption that there could be a train on these tracks, stopping and opening their doors when they approach.

Connecticut Department of Transportation spokesperson Kevin Nursick said whether the tracks are active or not, walking on them is considered trespassing.

Williams said the railroad says it will be following federal guidelines by ringing bells and sounding its horn as it approaches each crossing and that they will only run 10 miles per hour.