Officers were dispatched to Stoddard Road after getting a report of a man burglarizing vehicles around 2:10 a.m.

Before officers arrived, police said a witness told dispatch that she saw the man, later identified as 26-year-old Jacob Longyear, of New Haven, walking down Stoddard Road. She said that she watched him enter an unlocked vehicle near the intersection of Stoddard Road and South End Road.

When officers arrived, they found Longyear in the passenger seat of a black van. 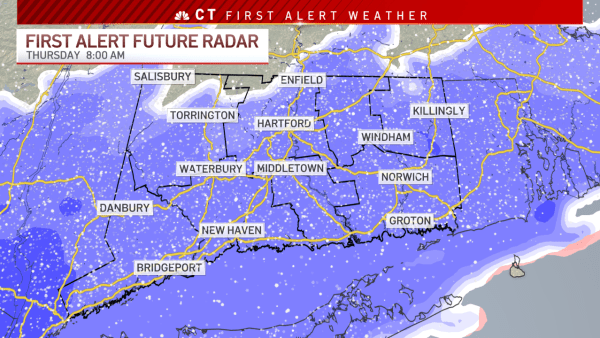 Officers said they ordered Longyear out of the vehicle and he was detained without incident.

According to police, Longyear admitted to officers that he was in the area to burglarize cars.

Officers located a canvas bag next to Longyear that contained various stolen items from other vehicles in the neighborhood, police said.

Police said while officers were speaking with Longyear, several residents came out and found their vehicles had been burglarized. Longyear was found with their stolen items.

Longyear was arrested and is facing charges including burglary, possession of burglary tools, criminal trespass and larceny. He was given a $10,000 bond and is scheduled to appear in court on December 3 in New Haven.

While Longyear was being processed, police discovered he had six active arrest warrants from different agencies throughout the state with court set bonds totaling $215,000.

Police are reminding residents to take valuables inside and lock up vehicles at night.