New Haven Mayor Toni Harp is urging voters to register before the Connecticut deadline next Tuesday Nov. 1 because she does not want a repeat of Election Night 2014 at City Hall.

“But if you are in line here and haven’t registered yet and its 8 o clock, you’ve got to go home,” Mayor Harp said at a Tuesday press conference. 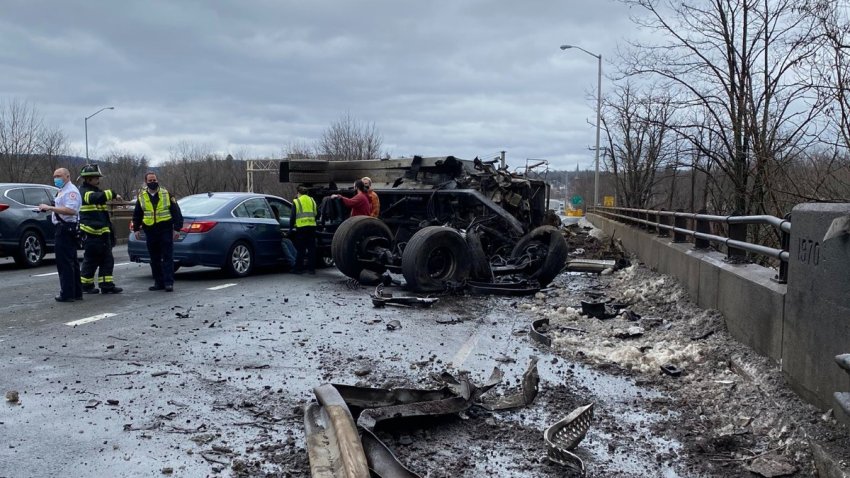 Dump Truck Crash Causing Delays on I-691 East in Meriden

Two years ago, City Hall election officials had to turn away about a hundred would-be-voters who tried to register at the last minute. Many of them were college students.

“New Haven has literally thousands of new residents this fall at local colleges and citywide and we want to be sure everyone has a chance to participate,” Harp said.

Yale University sophomore Lucas Kirby is participating in his first election. He is from Los Angeles, but on Nov. 8 he said he’ll be voting in New Haven.

“I think most of my classmates have already registered,” Kirby said, “I think that I have a lot of suite mates that are doing absentee ballots so maybe I’m in the minority of those who are from other states but are registered in Connecticut.”

Yale freshmen Ananya Parthasarthy and Rebecca Chong said they are opting to vote absentee in their home states. Chong is from swing-state Virginia.

“I had registered through my high school a while ago and figured it would be easier to do an absentee ballot,” Chong said.

Both students say they have seen social media posts encouraging young voters to make sure their voices are heard in this election.

“There’s a lot of talk about this upcoming election and I really think that’s encouraging more people to vote that maybe wouldn’t have voted in a different election,” Parthasarthy said.

Voters have until next Tuesday to register in person at a DMV or town registrar’s office.

Or you still can register online.