One Transported to Hospital After Haddam Crash

Fire officials said one person was transported to the hospital after a car crashed into a tree in Haddam Saturday morning.

The accident happened at approximately 10:40 a.m. on Beaver Meadow Road.

Crews said the driver lost control of his car and crashed into two trees, igniting a fire in the engine compartment.

Officials said a firefighter who was in the area quickly drove to the scene and extinguished the fire. 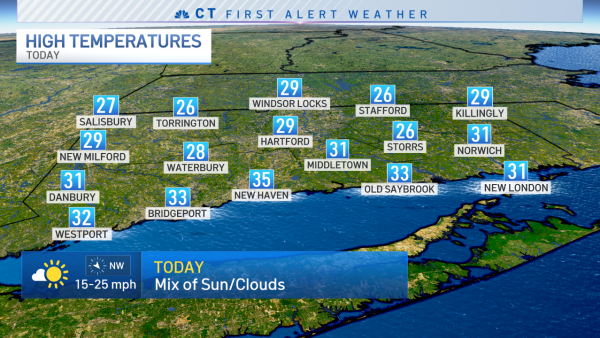 Windy and Chilly Today, Chance of Snow Later This Week

The driver was extricated and taken to Hartford Hospital via ambulance.

The road was closed to traffic during the incident but has since reopened.