Authorities raided a makeshift shed being used as a chicken coop in Wolcott on Wednesday and seized 100 hens and roosters that police believe were being kept and sold for cockfighting, police said.

Officials obtained a search and seizure warrant after the owner of Hillside Equestrian asked an animal control officer to investigate a section of the property that he was renting to two men, officials said.

Kalinowski said he built the farm as an animal rescue, and was shocked when he discovered that the men who were supposed to be raising chickens were likely abusing roosters and using them for cockfighting.

Police executed a search and seizure warrant along with investigators from the state Department of Agriculture. The birds they found showed serious signs of abuse and evidence that had been used for cockfighting, authorities said. 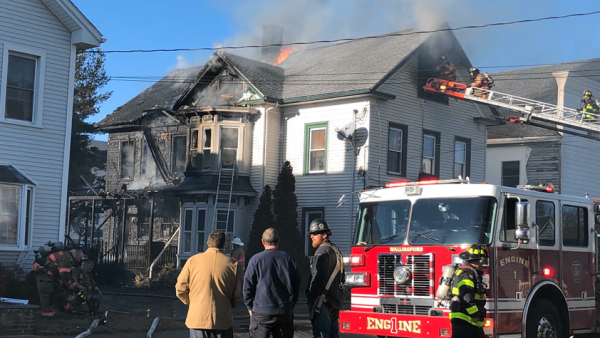 "Our department will examine the birds," said Connecticut Department of Agriculture Animal Control Officer Ray Connors. "They will be tested for any type of poultry diseases, and then we'll move forward from there."

Officials said many roosters were drugged with steroids and can't be rehabilitated, so their futures are unclear.

Police have not identified the men resonsible for abusing the birds, but court documents say that one was arrested 15 years ago for animal cruelty.

Police said he will be charged with animal cruelty again, along with the other suspect, after authorites locate them.