Police Search For Suspects After Carjacking in West Hartford

Police are looking for two suspects after a carjacking in West Hartford late Saturday night.

Officers responded to the Shell gas station at 2512 Albany Avenue just before 11 p.m. Saturday after two people reported being carjacked.

The victims told police two people pulled handguns on them and demanded their Jeep. The suspects drove off in the SUV, described as a white 2020 Jeep Wrangler with Connecticut license plate AY 62708. 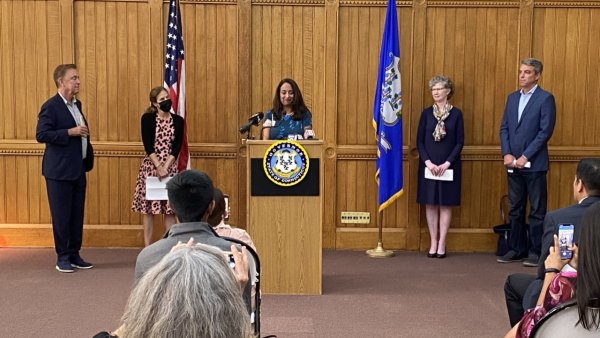 No one was injured during the incident.

Anyone who sees the Jeep or has information about the incident is asked to call West Hartford police.