Detectives from Connecticut State Police are assisting officers from New Canaan Police Department with multiple searches in the Hartford area in regards to the Jennifer Dulos investigation.

Dulos is a 50-year-old mother of five who disappeared from New Canaan a week ago.

Multiple state police cruisers are parked on Milford Street in Hartford and investigators have been seen going in and out of a home.

johnson and johnson 24 mins ago 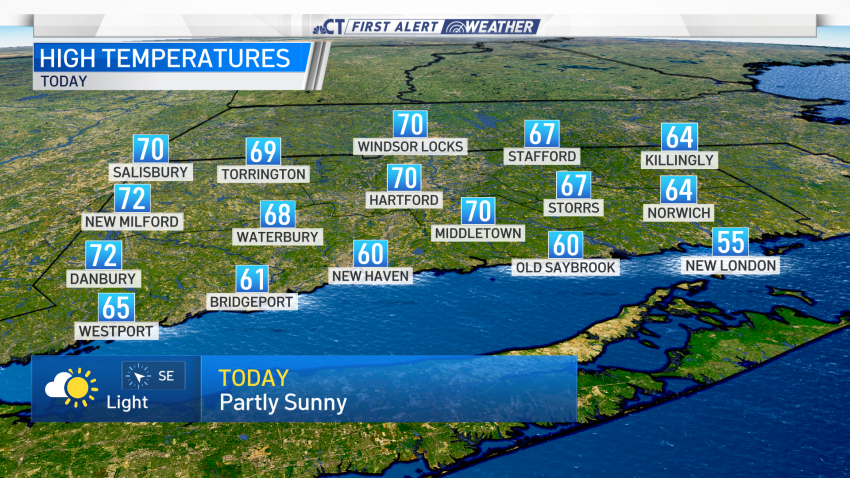 Neighbors said police were looking at their security camera and said that investigators were looking to see if a specific vehicle had passed through the area.

Investigators have been seen searching nearby dumpsters in the area.

There is also a police presence in other areas of the city including near Albany Avenue and on Homestead Avenue and Sigourney Street.

Detectives have not released details about what they are looking for or if they have found anything.

Dulos disappeared last Friday after dropping her kids off at school and she missed several appointments that day.

Police have called this an active and ongoing investigation and all they’re saying publicly is this a missing person’s case – though as is typical in these situations -- they’re also looking to see if there’s a possible crime involved.

Dulos was reported missing around 7:30 p.m. on Friday and she had been driving a black 2017 Chevrolet Suburban, which was later found on Lapham Road, near Waveny Park.

On Thursday, investigators were searching at the New Canaan park and also checked a home in nearby Pound Ridge, New York.

Dulos previously lived in Farmington and moved to a home in New Canaan after filing for divorce from her husband Fotis nearly two years ago.

In an affidavit in that case, she wrote she was “terrified for (her) family’s safety” and said her “husband has a history of controlling, volatile and delusional behavior.”

But in a court filing, Fotis Dulos denied the allegations and said he had to call 911 with concerns a day before being served with divorce papers.

“I’m worried about my wife and kids because they left to go to New York and I haven’t been able to get in touch with them,” he is heard saying on the recording.

The children are safe with family in New York City.

A vigil was held Thursday night and another will be held on Sunday at St. Mark's Episcopal Church in New Canaan.

Police are asking anyone who saw or noticed any suspicious activity in the area of Waveny Park on Friday, May 24 to call the New Canaan Police Department tip line at 203-594-3544.

On Friday afternoon, the family and friends of Jennifer Dulos released a statement:

“As of today, it has been a week since Jennifer Farber Dulos was reported missing. We miss her beyond measure – her five young children, her family, her friends, colleagues, and neighbors, as well as countless people who have never met her but who have responded to the spirit of grace and kindness that Jennifer embodies.

“The public response has been astounding. The support and love, the concern for her children, and the community efforts to help locate Jennifer have kept us going. Please be assured that Jennifer’s five children are safe and well-cared for.

“Last night, on Thursday evening, a candlelight vigil was held in New Canaan at St. Aloysius Church, with hundreds of people in attendance, holding up light as a symbol of hope, calling for Jennifer’s safe return. The family and friends are deeply moved by the beauty and ritual of this event, and although we could not attend in person, we are with you in spirit.

“We are immensely grateful to the investigators for their work around the clock, 24/7, to locate Jennifer. Everyone who has shared Jennifer’s story, helped search for her, or provided tips to the police: thank you. If you have any information that might be relevant to this case, if you have seen Jennifer Farber Dulos or have information about her disappearance, please contact the New Canaan Police Tip Line at 203-594-3544.

“Jennifer, we love you and we miss you, and we remain hopeful that you will return to us safe and sound.

“Last, we request that you please respect the privacy of Jennifer’s family and loved ones during this very difficult time. Please do not contact them. Thank you.”