The man police said was behind two bank robberies in Connecticut and two bomb scares on Tuesday referred to himself as the “polite bandit” in hold-up notes, according to court records.

Police began investigating just before 2:30 p.m., when a hold-up alarm went off at First Niagara Bank, in Hamden, Conn., at 1248 Dixwell Ave. While responding to that call, a man matching the robber’s description was seen walking toward Webster Bank, at 5 Helen Street.

Police soon learned that that bank too was robbed and identified Robert Raymond, 67, of Hamden, as a suspect and took him into custody. 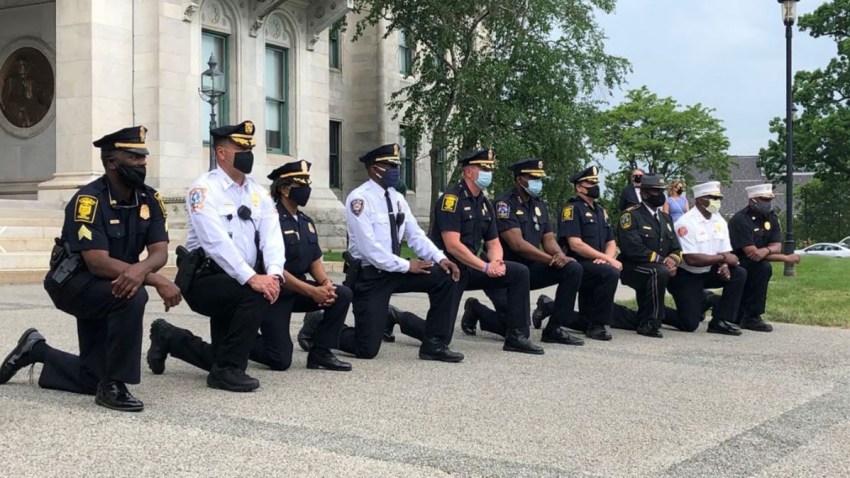 A bank teller at Webster Bank told police that “an older gentleman” walked up to the counter and handed her a note during the robbery.

“This is what I want you to do,” the note said, according to police, and it referenced a bank robbery.
It went on to say that the robber had a cell phone is in his pocket that controlled a bomb and told the teller not to activate alarms.

“Please give me any money you can,” the note said. It was signed “the polite bandit.”

The clerk handed over about $2,000 in cash and a dye pack. The robber took the bag and said “thank you,” the teller told police.

When police took Raymond into custody outside of Webster Bank, he indicated that there was a bomb in the bag he dropped during the arrest, police said.

Raymond also mentioned another device he planted at the Federal Courthouse on Orange Street in New Haven, according to police.

The bomb squad detonated the bomb and found a box marked “detonator” and “contains C4.”  Inside was a cell phone, fertilizer and money stolen during a bank robbery, police said.

Raymond later told police that knew he was going to get caught, according to the incident report, and admitted to making a fake bomb in his basement.

He told investigators that his girlfriend duped him out of a large sum of money and he committed the robberies because he was desperate, police said.

During the investigation, police learned that Raymond and his girlfriend might have been staying at the America Best Value Inn in Branford, Conn. Branford Police, State Police and the FBI evacuated the inn, investigated and found no bomb-making materials.

Raymond was charged with first-degree robbery, second-degree larceny and first-degree breach of peace. He was held on $500,000 bond and is due in court on June 18.