"Three years on, how do we tell (the families) that their Congress hasn't done anything to prevent what happened to them from happening to other families?" the president said in a Facebook post on Monday.

The shooter, Adam Lanza, died during the shooting. He fired 154 rounds from a Bushmaster .223-model rifle, authorities said, and families of the victims filed a lawsuit against the gun's manufacturer after the attack; Remington disputed families' claim that the gun is too dangerous to be sold, and the suit was sent to state court in October, 2015. 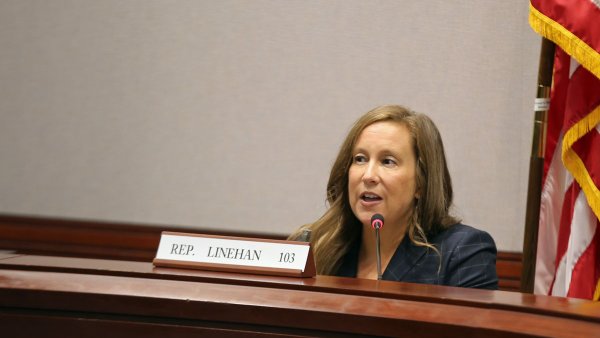 Since the Sandy Hook mass shooting, "tens of thousands" of Americans have been "mowed down" by gun violence, the president said. According to NBC News, at least 554 American children under 12 were killed after being shot intentionally or accidentally.

Obama writes in his post that after the attacks, he took executive measures to reduce gun violence by imposing background checks to anyone trying to buy a firearm. And he added that, while Connecticut Governor Dannel Malloy worked to pass gun safety reforms shortly after the massacre, the gun lobby and its allies worked against them.

In fact, The Associated Press found in a recent review of state legislation that dozens of new state laws opened access to guns and made it harder for local governments to restriction that access, while more guns are being manufactured and sold.

Within the post, Obama also highlights the shooting deaths of parishioners in Charleston, moviegoers in Aurora and Layfatette, and children on the street of Chicago, the president's hometown.

"America, this will change-- but only when we stand up, together, and demand it."