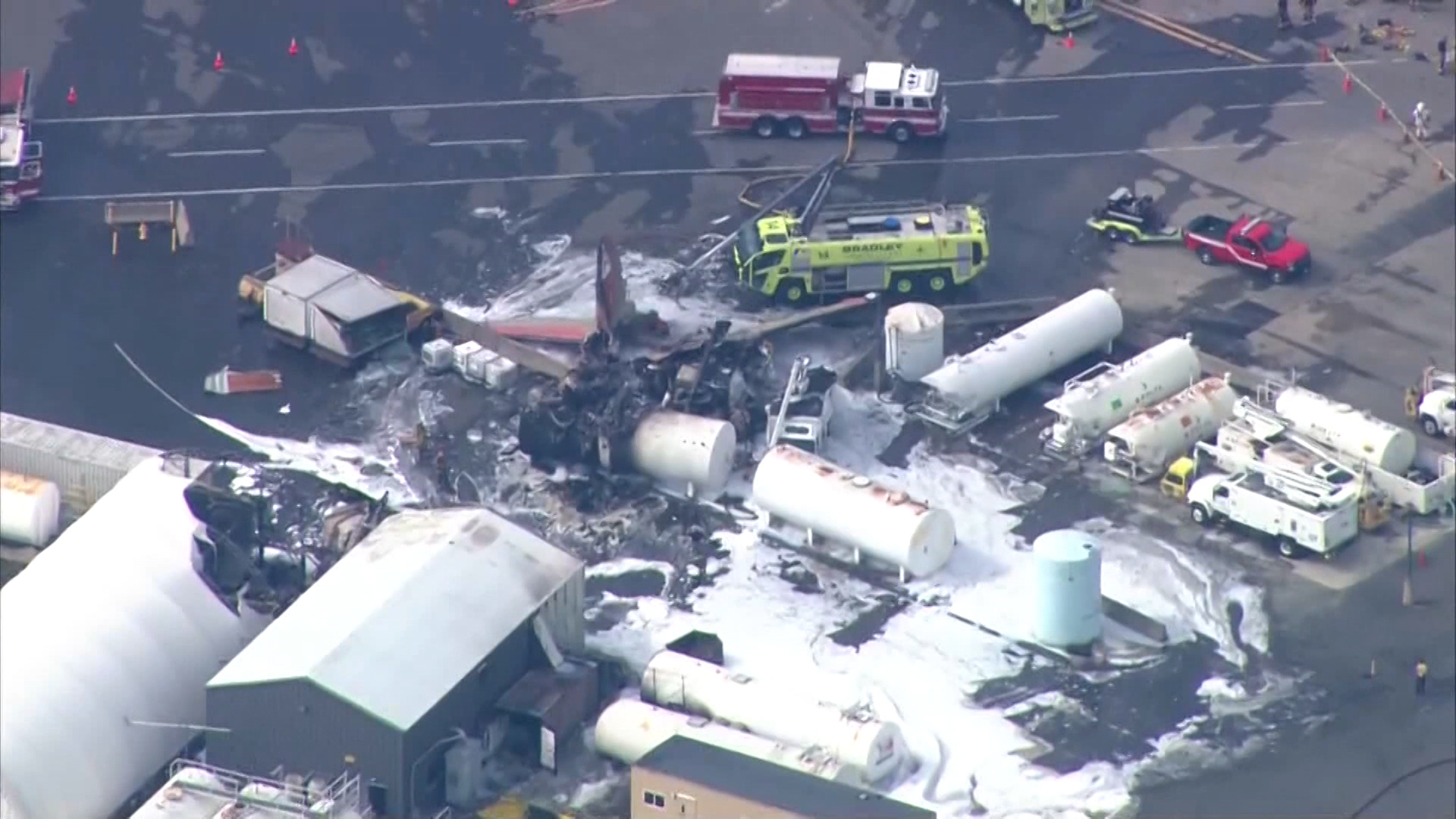 Friday marks one year since the deadly crash of a vintage B-17 plane at Bradley Airport.

One year ago Friday families’ lives were changed forever after a WWII era bomber crashed at Bradley International Airport.

Seven people were killed. Others were severely injured and are still suffering to this day.

Victims Killed in the B17 Crash

The National Transportation Safety Board told NBC Connecticut that they’re on schedule to publish their final investigation report before the end of the calendar year.

This report will include what most likely caused the crash.

But for families, those answers won’t bring their loved ones back.

Family members of the deceased passengers couldn’t speak to NBC Connecticut one year after the crash as they and survivors have filed lawsuits against The Collings Foundation, the owners of the plane.

Seven people were killed and others seriously injured when a vintage B17 plane crashed a Bradley International Airport one year ago.

A spokesperson for the company told us Friday that this past year has been heartbreaking, writing, “We all lost loved ones and [it] is just tragic.”

But the company said they can’t comment on the allegations against them.

The NTSB confirms they’re not allowed to during their ongoing investigation.

“It is something we do think about. I think that’s the kind of event that we won’t be able to get out of our minds,” said Chief Master Sgt. Robert Cross.

He along with his rescue colleagues rushed to the scene.

“Looking back. I think it’s just the speed of the event which was different than most calls that we have. It just required fast response people doing what they’re trained to do.”

While second nature took over, the chief said their practice working as a team with area departments proved so important.

“Us knowing each other by face, by name was key.”

“It’s been a tough week for me having to relive some of the sights that we did see, but again we went in there and did our job and we know that did the best that we could," he said of hitting the one year mark.

What's Happened in the Year Since the Crash?