An untouched room inside a scorched home. Those are the pictures Southington firefighters snapped following a Tuesday fire. And the only difference was a door.

"Closing a door buys you that time to escape or for us to be able to rescue you," said Southington Firefighter Daniel Comen.

The Southington Fire Department is spreading that message on social media after the fire broke out on Queen Street.

Southington Fire Marshal James Paul says a mother, father, and 3-year-old boy escaped with injuries. On Wednesday, officials say all three had been released from the hospital. They and two other children are now displaced. The cause of the fire is under investigation.

"You go into the bedroom that was opened and everything is blackened from the smoke," said Paul. 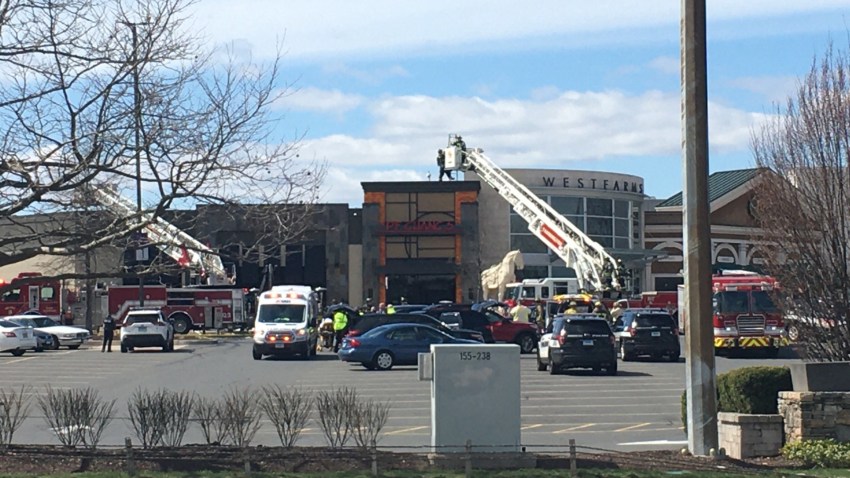 "A closed door, some people may think it's not going to make a huge difference. It's just a thin piece of wood, but hallway temperatures can exceed 1,000 degrees while the room temperature can be below 100 degrees," said Comen.

In addition to that, experts say a closed room during a fire keeps more oxygen in and away from the fire. It also keeps carbon monoxide levels down in the room.

"The airflow plays a huge factor with fire development, so even when you're leaving home during the day for work, just shutting doors, isolating rooms can make a huge difference," said Comen.

The UL Firefighter Safety Research Institute recommends everyone close their bedroom door before sleeping. One of their videos shows the difference between a bedroom with and without a shut door. The one with appears in great condition. The one without has obvious signs of smoke and fire damage.

UL FSRI says 40 years ago, people had 17 minutes to escape from a house fire, but with all the synthetic materials now, people have less than three. Being inside a closed room can add minutes to that.

Half of all home fire deaths occur between 11 p.m. and 7 a.m., so the extra step of closing the bedroom door before you fall asleep could save your life.

Southington firefighters hope getting the word out gets more families to add it to their routine.

"Literally any door will give you a better chance of surviving a fire than having an open door," said Comen.

If you wake up in a room with a closed door and hear the smoke alarm, firefighters say you should check the door with the back of your hand or check the doorknob. If you feel heat or you see smoke from under the door, stay in the room. If you're unable to escape out a window, firefighters recommend you throw something out the window to signal to them that you're there so they can rescue you.