Bullied on the school bus. A sixth grade student in Southington and her parents tell NBC Connecticut the ride to and from school is not safe.

Southington Police tell NBC Connecticut they’ve launched an investigation. The parents say they’re so fed up that they went to the authorities after calling the principal here. The little girl says this classmate has been harassing her for years and she’s afraid.

“It makes me feel scared to be on the bus," the child told NBC Connecticut.

To and from DePaolo Middle School, "hitting and punching on the bus.”

This 11-year-old girl whose identity we’re protecting says she’s being bullied by a female classmate.

"At first I was shocked she brought it to violence. And I’m not really happy about it,” she said.

“I was talking to my friend and she hit me twice. After my friend got off, she punched me in the face,” the 11-year-old said about what was captured in a cell phone video that was filmed by her older brother on Thursday. 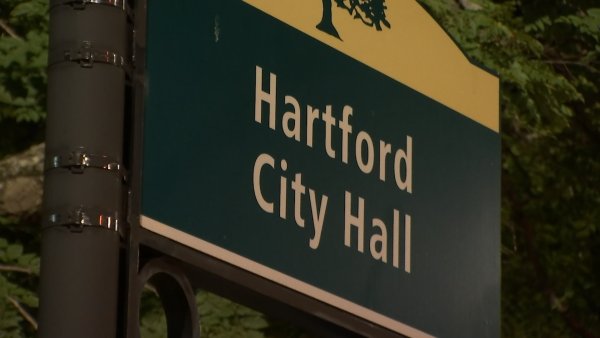 Not one, but two punches appear to be thrown from across the aisle. The principal called the mother late Friday morning.

“The girl has been bullying me since elementary school. At first it was just her being rude and calling me names and now it’s gotten worse, to violence,” the child said.

Her parents are equally as upset.

"Countless times she came home crying. We want something done. They talk about zero tolerance for bullying."

“My daughter has been assaulted,” said Matt, the child's father.

The girl’s mother says the punching has happened at least 20 times this school year. She says she sent two of her other children to get video evidence on the school bus yesterday.

The child’s parents tell NBC Connecticut that they called their daughter’s elementary school at least four times over the years and it would be handled before starting up again. Cindy says she called the middle school principal for the first time yesterday.

The child's mom said she never called the Superintendent's Office even though it's been going on for years. “It didn’t seem physical and girls can fight so it wasn’t as serious, even though my daughter is crying all the time, I thought it would stop," she said.

The parent contacted the principal late Thursday afternoon. He began to review the situation immediately and continued that review this morning. The principal fully investigated the claims and administered the appropriate consequences based on the findings. "The SPS do not tolerate bullying or other inappropriate physical acts by one student toward another.” said Superintendent of Schools Tim Connellan.

The girl says she spoke to her principal on Friday.

"He said this is very serious and he’s going to separate us and if anything happens again he wants me to tell him," she said.

An adult at the home of the child in question told me they have no comment. The police say their investigation should wrap up next week. It’s unclear right now police say whether there could be charges.