The fire that killed five people in a Stamford home on Christmas Day was most likely caused by fireplace embers placed in a bag and left smoldering, according to fire officials.

"The area of origin was determined to have been on the first floor rear corner of the house, in the immediate area of a mud room and trash bin enclosure," Callahan said at a news conference Tuesday evening. "The fire entered the house quickly and spread throughout the first floor and up two interior vertical openings, trapping the occupants on the upper floors." 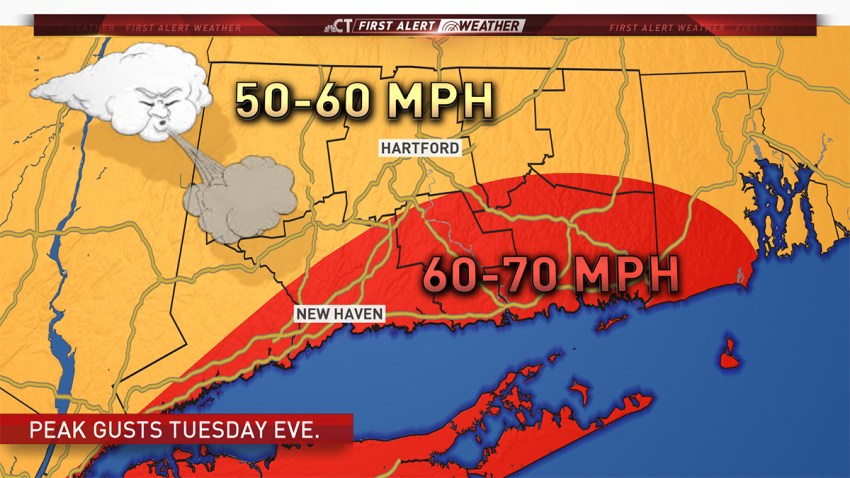 Madonna Badger, the owner of the home, and her boyfriend, Michael Borcina escaped the flames, but Badger's three daughters, Lily, 10, and twin 7-year-olds Grace and Sarah, and her parents, Lomer and Pauline Johnson, all died in the fire.

The first 911 call was made at 4:52 a.m Sunday, but based on preliminary interviews with Badger and Borcina, they went to sleep somewhere between 3 a.m. and 3:30 a.m., after discarding the hot ashes. Borcina was believed to have placed the ashes in the area of the mudroom, Callahan said.

Stamford acting Fire Chief Antonio Conte said the children's mother, Madonna Badger, had climbed out a window onto scaffolding and then a flat roof. She was screaming for her children and pointed firefighters to the third floor.

Firefighters climbed to the third floor twice, but the heat and flames were too intense and the children were not where they thought they would be, he said.

Borcina, who had been staying in the home, told investigators he actually had led two of the girls downstairs, but heat from the flames separated them, Conte said. One apparently went back upstairs and another one was found with her grandmother at the bottom of the stairwell between the second and third floors, he said.

Flames were shooting out of the house when firefighters arrived, said Brendan Keatley, a Stamford firefighter who was at the scene and president of the local firefighters union.

"Two sides of the structure were walls of flame," Keatley said.

Firefighters used a ladder and construction scaffolding outside the house to reach the third floor, but they ran into extreme heat and poor visibility in a hallway, Keatley said. Four firefighters were injured as they searched for the victims, including a captain who suffered second-degree burns on his face, Keatley said.

Fighting the fire took a physical and an emotional toll, he said, and counselors were being made available to firefighters, including counselors who helped families in the wake of 9/11.

"We are devastated, just like everybody else is devastated," Keatley said Tuesday.

Lomer Johnson tried to rescue at least one of his granddaughters, fire officials said. He climbed out a second floor window.

Johnson, was the Santa at Saks Fifth Avenue's flagship store in New York City and had worked there Christmas Eve, just hours before the fatal fire.

The Johnsons lived in Southbury. Lomer Johnson decided to work as Santa Claus this season after a long career as a safety chief at Louisville, Ky.-based liquor maker Brown-Forman Corp., which he retired from several years ago.

The home's second floor was being renovated and Badger was awaiting a final inspection before she could get a final certificate of approval, said Ernie Ogera, director of operations for the city of Stamford.

There were plans for hard-wired smoke alarms, but they had not been hooked up, Ogera said. Officials did not know whether battery-operated ones were being used.

Borcina, is a contractor who had done work on the home.

The severely damaged Victorian house was torn down Monday after the buildings department determined it was unsafe and ordered it razed, Conte said.

Badger, an ad executive in the fashion industry, is the founder of New York-based Badger & Winters Group. She was treated at a hospital and was discharged by Sunday evening, a hospital supervisor said. Her whereabouts were unknown.

A person answering the phone Tuesday at the Badger & Winters Group said it had no statement or comment.

Borcina was listed in fair condition Tuesday at Stamford Hospital, meaning his vital signs were normal but he may be uncomfortable. He declined to comment through a hospital spokeswoman.

Borcina, 52, of New York City, is the owner of Tiberias Construction Inc., which renovates expensive homes and businesses. The company's projects have included a Donna Karan store and artist Alex Beard's studio, both in New York City, and the White House Christmas wishing tree, according to the construction firm's website.

The lot where the house stood was covered with charred debris and cordoned off by police with tape on Monday. Passers-by left floral bouquets, stuffed animals and candles.