A Stamford man was on the Southwest flight that made an emergency landing in Philadelphia Tuesday after something went horribly wrong and he said the flight crew members were “outstanding” during a tragic situation.

Around 30 minutes into the flight, the twin-engine Boeing 737 that left New York with 149 people board apparently blew an engine and was hit by shrapnel that smashed a window and damaged the fuselage, killing a passenger and injuring seven others, authorities said.

“All of a sudden, had a large explosion happen, with regards to what we assume was the engine and then, basically all panic broke out,” said Jim Demetros, a Stamford resident who was on his way to a technology software conference in San Antonio.

The pilot took the plane into a rapid descent as passengers using oxygen masks that dropped from the ceiling braced for impact. 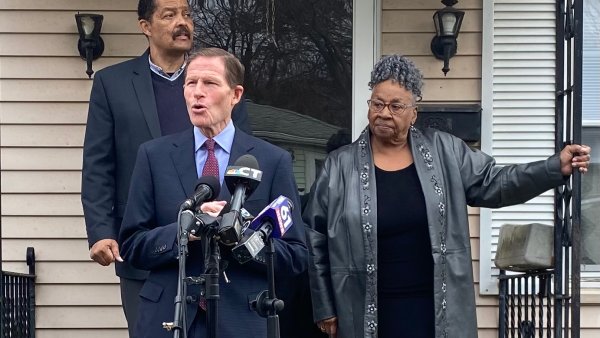 Demetros, who flies frequently and said this flight happened to be on his birthday, commended the crew for how they responded.

“(T)he crew at Southwest was outstanding, both from the cabin crew as well as the crew in the cockpit,” he said. “They handled themselves amazingly and as part of the whole sequence of events, because everything happens in an instant and it doesn’t come down in a very slow fashion. It comes down in a very quick fashion and puts panic in those who are sitting inside the cabin.”

The woman sitting next to the window that shattered, Jennifer Riordan, of New Mexico, died.

Demetros said it was a pretty harrowing experience and the flight crew and people nearby scrambled to try to save her, while keeping everyone else safe.

The said the crews and the two other people who tried to help the woman are “the true heroes.”

“It was great to see how humanity came together in a very, very tragic situation, to say the least,” he said.

National Transportation Safety Board chairman Robert Sumwalt said this was the first passenger fatality in an accident involving a U.S. airline since 2009.

The tragedy is the skies will not keeping Demetros from traveling again soon.

“You can’t worry about things that are out of control,” he said.

He will be traveling next week again.