Three men have been arrested in connection with the attempted theft of large spools of wires from a home improvement store in Southington, according to police. Investigators said they also suspect the men in similar thefts in other Connecticut towns.

Southington police said they responded to the Lowes Home Improvement on Executive Boulevard around 1:45 p.m. Wednesday after receiving a report of a theft of large spools of wires.

When police arrived, officers said they found a U-Haul box truck that had been used to transport the wires. One suspect was arrested inside the store while two others were arrested nearby after trying to escape from officers, police said. 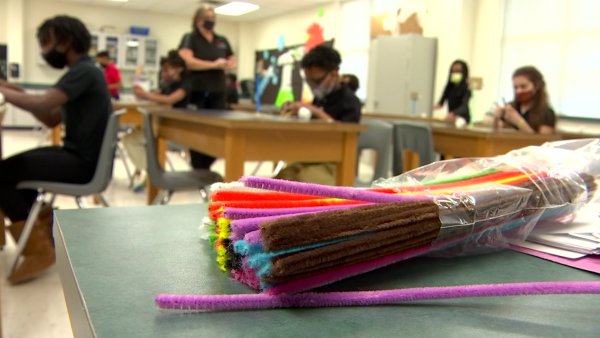 Police said the value of the items the men are accused of trying to steal are worth $6,939.34.

The three men are suspected in similar thefts the same day in Wallingford and New Haven, according to police.

Daniel Raymond Thomas, 22, from Fort Worth, Texas, was arrested and charged with interfering with a police officer, third-degree larceny, conspiracy to commit larceny in the third degree and sixth-degree larceny.

Police said Thomas also has a federal warrant and is a suspect in similar thefts throughout the United States.

Marcus Hunter, 23, from Fort Worth, Texas, was arrested and charged with conspiracy to commit larceny in the third degree, interfering with a police officer, failure to obey officer's signal and reckless driving.

Clarence Gerald Davis, 22, from Burleson, Texas, was arrested and charged with conspiracy to commit larceny in the third degree.