Young Waterbury Couple Arrested After Infant Found to Have 20 Fractures

Police have arrested a young mother and father from Waterbury after their 1-month-old infant suffered 20 broken bones and injuries to his mouth and eye as a result of "inflicted trauma," according to the arrest warrants.

Authorities learned of the baby's injuries after his mother, Kali Sastrum, 18, brought him to St. Mary's Hospital with a swollen right leg on July 2, according to police.

Police said X-rays revealed the infant had a broken femur. Sastrum allegedly told police she was "shocked" to find out the baby's leg was broken and "had no idea" how it might have happened.

The baby was transferred to Connecticut Children's Medical Center in Hartford, where doctors discovered more than a dozen rib fractures "in different stages of healing," along with a torn frenulum in the baby's mouth and a broken blood vessel in his eye, according to the warrant for Sastrum's arrest.

A doctor at Connecticut Children's told police the baby's injuries were the result of "inflicted trauma" and could not have been accidental, the warrant states.

Police said the baby has been released to the custody of the Department of Children and Families and will continue testing and outpatient treatment.

Sastrum and the baby's father, Nikolas Radaskie, 21, were arrested Monday and each charged with risk of injury to a minor. 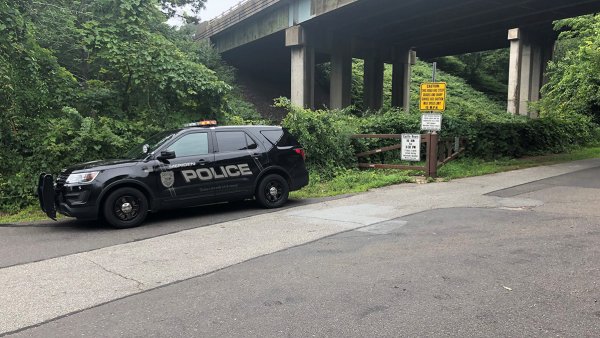 A woman who answered the door at the couple's home on Sunnyside Avenue asked NBC Connecticut crews to leave the property Wednesday afternoon. An attorney representing Sastrum and Radaskie has not returned multiple requests for comment.