With Cases Up, COVID-19 Testing Sites Are Reaching Capacity

“We got to get through this we have to wait, and I really don’t have any other choice.”

Karan Pandit was anxious to find out if he has COVID-19...again.

“Nothing like that had ever happened to me before. I had fever, nausea, diarrhea, for 28 days straight. Even now I’m not 100%," Pandit said. 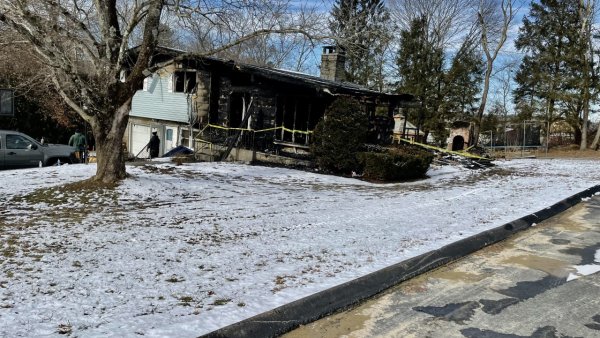 Speaking to NBC Connecticut from a safe distance across the street, Pandit described how he suffered from the coronavirus in April. Thursday, he waited in a long line outside the Connecticut Convention Center to get tested after a high-level exposure to the virus again.

“I would never wish this on anyone," he said.

Demands for COVID-19 testing have skyrocketed in recent weeks. By lunchtime Thursday, the wait at many of Hartford HealthCare testing sites topped two hours. A security guard started turning away those without an appointment about 90 minutes after the site opened at 8 a.m.

“I wasn’t expecting this at all," James Cox of Suffield said.

Cox had to be tested ahead of a medical procedure.

“It’s frustrating and I would have… I don’t know when they open but I would have come a couple hours earlier," he said.

Despite the long lines, Hartford HealthCare said it has enough capacity to continue administering thousands of tests per day with a turnaround time of 38 to 40 hours.

“I’m pretty confident we will have the capacity to test everybody,” Ajay Kumar, MD, chief clinical officer at Hartford HealthCare said. “We’re doing about 25 to 26,000 testing a week at the moment.”

Kumar said the state is still among the top five in the nation in terms of testing per capita. It’s now working to scale up capacity at the state’s 200 testing sites and make sure turnaround time for results doesn’t slow down.

“We’re keeping a close eye on that cause we know as the volumes increase it will put more strain in the labs. We still have significant excess capacity in our labs, the real challenge is the sample collection. Having enough sites where people can go and get swabbed," explained Josh GeBalle, the chief operating officer for the state of Connecticut.

With hospitalizations and infection rates surging back to numbers not seen since spring, GeBalle said the state will also be watching the data over the next week to see if the re-opening rollback put in place on Friday brings our numbers back down.

“If they don’t have enough of an impact slowing the spread than the governor’s going to be confronted with additional choices that we want to try to avoid," GeBalle said.