Police confirmed Friday that the mother died by suicide. The child's cause of death was ruled a homicide.

Police are investigating after a woman and her 7-year-old daughter were found dead in a home in Westport Thursday.

On Friday police identified the adult victim as 46-year-old Tracy Do. The Office of the Chief Medical Examiner identified the 7-year-old as Layla Malon. The medical examiner said Malon died by drowning and ruled her death a homicide. Do's death was ruled a suicide.

Police said emergency crews were called to the home on Lydale Park for a report of an unresponsive woman around 4 p.m. When they arrived, they found the woman dead inside the home. When crews searched the home, they found the child's body.

Investigators said this appears to be an isolated incident and there is no threat to the public.

Westport Public Schools confirmed in a letter to the community that the child was one of their students and the superintendent said the woman and child found dead in the home were mother and daughter.

"Late this afternoon, we were informed of the untimely and tragic loss of one of our parents and her beloved daughter. There are no words that could console the sense of sorrow we feel by this unspeakable tragedy. We want to express our deepest condolences to all those impacted by this heartbreaking loss," Superintendent Thomas Scarice wrote in a statement.

The school district will be providing resources to provide support to our students and faculty.

Coleytown Elementary School and Stepping Stones Preschool will not hold class today. Mental health services will be available for parents and students at those locations from 11 a.m. to 1 p.m. 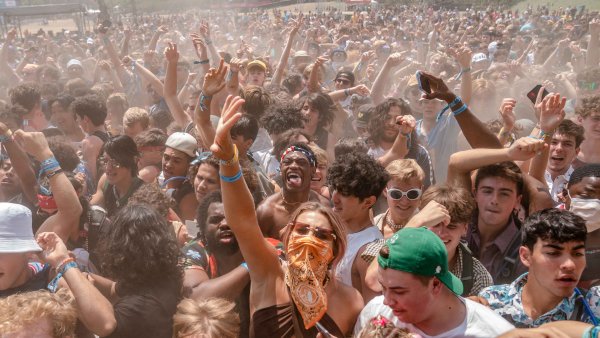 So, Are People Just Gonna Pretend the Delta Variant Isn't a Thing?

Not a ‘Flip-Flop': Fauci Says the Delta Variant Forced the CDC's Mask Shift

Fauci Says COVID-Deniers Are Just Like Those Downplaying the Jan. 6 Capitol Riots