Officers were called to Aspetuck Village condo complex on Aspetuck Trail after people reported seeing a woman taking packages that were delivered by UPS.

The woman left the area before police arrived, but witnesses were able to get a description of the woman's vehicle, including the license plate number, according to police. 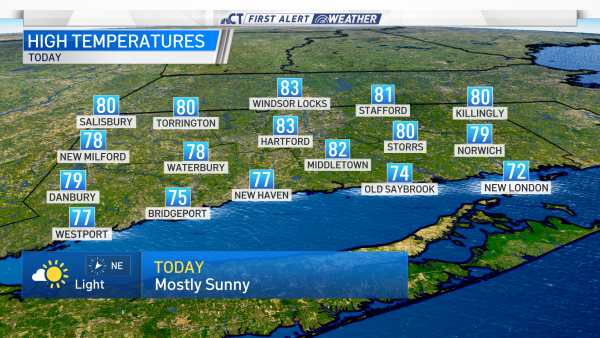 Sunshine and Warm Temperatures to Close Out Weekend

A short time later, police found the vehicle traveling on Route 8 North and pulled it over. Inside they found 33-year-old Andrea Guliuzza, of Waterbury, and 12 packages in plain view.

According to police, 10 of the packages were from five different addresses in Shelton and two were from Waterbury addresses.

Guliuzza was taken into custody and held on $5,000 bond. She was charged with five counts of sixth-degree larceny and possession of drug paraphernalia and is scheduled to be in court on Friday.