Body Parts in Suitcases Among Horrors Found in NYC Apartment in Search for 22-Year-Old Woman: Sources

Someone had called authorities asking for a welfare check. This is what they found when they got there

Security officers at a Brooklyn apartment made a gruesome discovery Wednesday afternoon when they went to check on a 22-year-old woman they hadn't seen in about a month -- a bloody scene with two suitcases containing body parts, according to a senior NYPD official and law enforcement sources with knowledge of the investigation.

It wasn't clear what exactly prompted building security at the Linwood Apartments in East New York to do the mid-afternoon check Wednesday, but the senior NYPD official says they went to her sixth-floor apartment and encountered someone believed to be her boyfriend.

That man wouldn't let them inside, the senior official said, and security said they'd call the cops to gain access. He and another man left the apartment once security officers walked away, building surveillance showed, and one of the men was carrying a black duffel bag, the senior NYPD official said. Security saw them leave and went back to the apartment.

That's when they encountered a horror scene -- blood in the bathtub, a meat cleaver and a horrible stench -- and called 911, according to the senior NYPD official.

Investigators obtained a search warrant for the apartment. In it were found two suitcases with apparent human remains. It wasn't clear if there was a whole body or who the victim even was. That's pending autopsy results.

Police do not believe it was a random attack, and cops are now looking to speak with the man presumed to be the missing womann's boyfriend. The senior NYPD official says he has an active order of protection against him related to her.

A neighbor who lives on the sixth floor told NBC New York that he would regularly hear commotion from the apartment where the suitcases were found, and that police have visited several times. 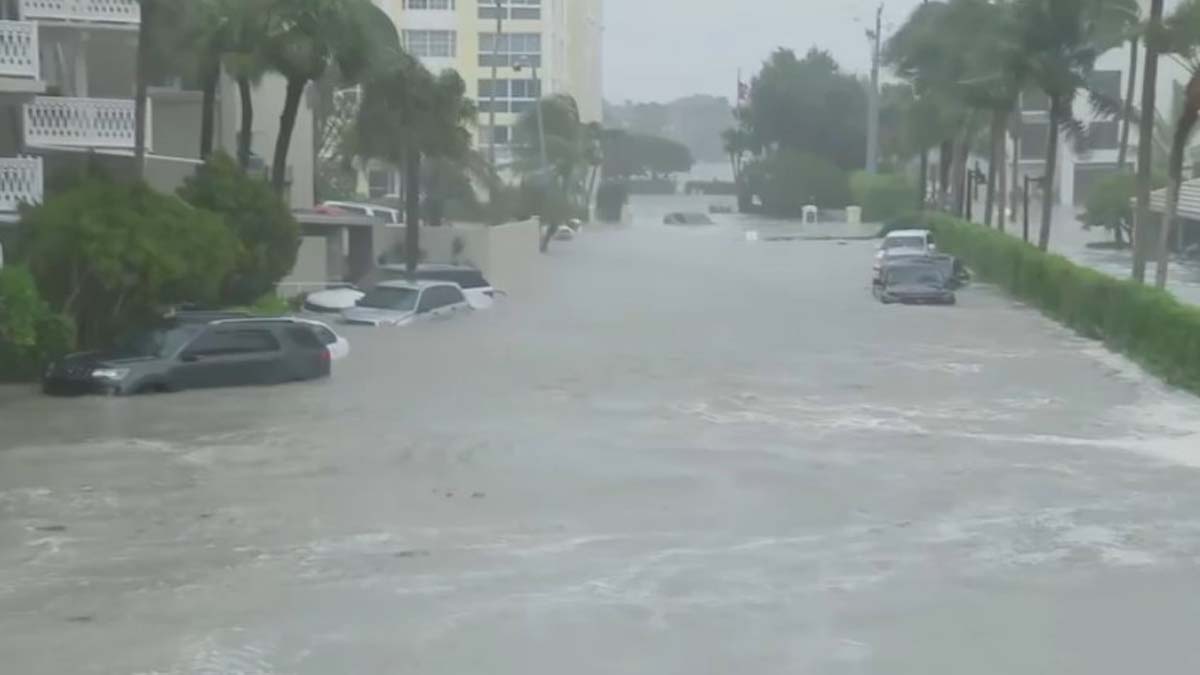 ‘My Street Is a River': Heavy Flooding as Hurricane Ian Inundates Southwest Florida

"A lot of fighting. Arguing, like I said," said the neighbor who only gave his first name, Jeremy. "You hear arguing, banging, loud stuff, regular stuff. But you can't — like I said, if you try to interrupt and stuff, you’re putting yourself in a problem you can’t solve."

An investigation is ongoing.