Boulder Banned Assault-Weapons in 2018. An NRA-Backed Suit Blocked It 10 Days Before the Attack

Leaders had hoped to prevent the kind of mass shooting that’s struck the state more than once over the last two decades.

Nearly three years before a gunman walked into a crowded supermarket in the foothills of the Rocky Mountains with an AR-15 style weapon and killed 10 people, the city of Boulder, Colorado, voted to ban assault weapons.

Leaders had hoped to prevent the kind of mass shooting that’s struck the state more than once over the last two decades. But just 10 days before Monday’s rampage, the measure was blocked in court after a lawsuit backed by the National Rifle Association. The ruling came under a Colorado law that bars local officials from making their own gun laws.

Similar preemption laws have become the norm in over 40 U.S. states since the 1980s. Just a handful of states still allow local officials to make their own rules on guns, according to the group Everytown For Gun Safety. In Florida, officials can be fined up to $5,000 if they do, and in Nevada, they could be subject to hefty damages if laws are struck down in court.

At the federal level, President Joe Biden said Tuesday that “we have to act" to pass reform legislation and Democrats said they are pushing toward a vote on expanded background checks, but it faces a difficult road in the Senate. Congress has not passed any major gun control laws since the mid-1990s, leaving most significant gun legislation in states' hands.

Supporters say preemption measures allow states to be consistent in firearm laws so that law-abiding gun owners aren't facing a patchwork of different rules in different parts of the state. The NRA has called the Boulder ordinance counter-productive, and argued it was a clear violation of Colorado's preemption law passed in 2003. 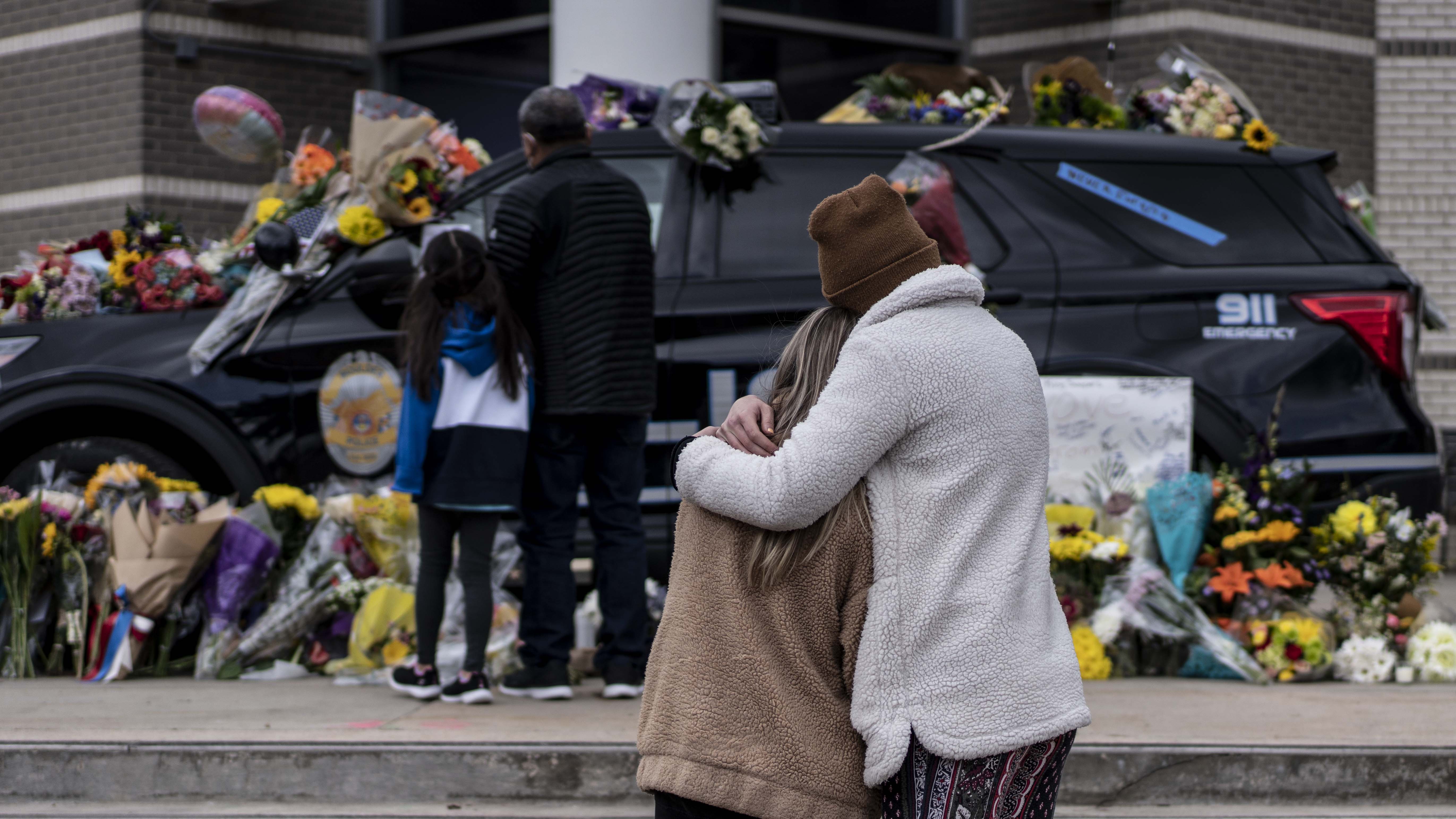 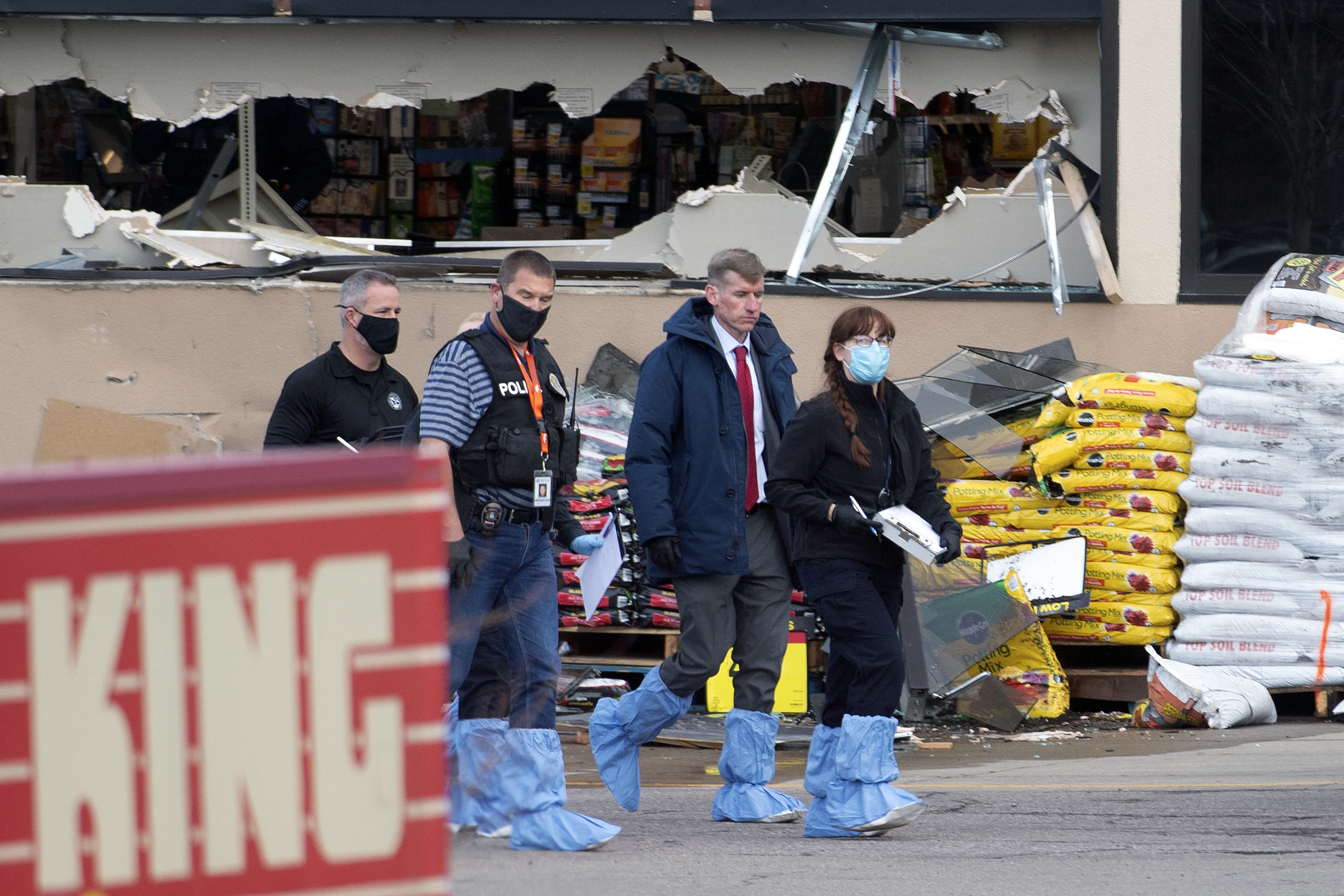 Critics, though, argue those measures serve to intimidate any officials considering firearm restrictions. Boulder is known for its liberal politics, but when the council was discussing the ordinance, opponents who appeared to be from outside the area gathered to oppose the plan in a scene that became increasingly tense, said Rachel Friend, a city council member.

“The reason we had the assault weapons ban was to prevent exactly the sort of tragedy that happened yesterday,” said Friend, who worked to support the idea before she was elected.

The ordinance was challenged in court shortly after it passed. Robert L. Chambers, a Boulder resident who was listed as the lead plaintiff, said he was recruited to be part of the NRA-backed gun rights case. A hunter who owns numerous firearms, he declined to say if he has an AR-15. But he said he has no regrets about helping overturn the local ban on semi-automatic carbines like the one used by the grocery store gunman.

“The only reason I was in that was to make the city of Boulder comply with state law,” said Chambers, adding that his heart goes out to the families of those killed. “I would still do the same thing I did. … Do you think (the shooter) cares that the city of Boulder had an assault rifles ban? Let’s get realistic here.”

The city hasn't yet decided whether to appeal the ruling.

While there are signs the influence of the NRA is declining nationally as it files for bankruptcy, pro-gun rights forces remain strong in many states. The Second Amendment has long been important in Colorado, where two state lawmakers lost their seats after backing gun restrictions in 2013.

As the state increasingly trends Democratic, though, there’s been more momentum behind gun-safety measures and a similar lawmaker-recall effort failed in 2019 after the passage of a so-called red-flag law, which allows a judge to temporarily remove guns from people who are considered a danger to themselves or others.

Colorado State Shooting Association, for its part, said any new renewed debate on gun laws after Monday's slayings should come after allowing time for grief and healing, according to a statement where they called the shooting a “horrible event."

The Boulder shooting was the seventh mass killing in the U.S. this year and came less than a week after the Atlanta slayings that left eight people dead at three massage businesses, according to a database compiled by The Associated Press, USA Today and Northeastern University. The country saw fewer mass killings during the coronavirus pandemic in 2020, but not less gun violence. Homicides are up in cities across the country.

The 21-year-old gunman who opened fire Monday was from another city outside Denver, police said. He bought the Ruger 556 pistol six days before the shooting, according to court documents, but it wasn't immediately clear where he got it, or if the purchase was legal. His motive is still under investigation, but police say his family believed he was suffering some type of mental illness.

The grocery store targeted was a community hub for south Boulder, a place where everyone shopped and served as a local anchor, said Dawn Reinfeld, who lives in Boulder and co-founded the gun violence prevention group Blue Rising.

“It really is not just a grocery store," she said. The 2018 Boulder ordinance banning the possession of assault weapons and high-capacity magazines was in effect for more than two years before enforcement stopped with the March 12 ruling. Whether it could have stopped the massacre isn't fully clear, and may never been known. But Reinfeld said she hopes Democratic state leaders will push for a similar ban statewide.

“When we do have so much gun violence that we actually do something," she said. “Even if it’s not the perfect solution and doesn’t make it all go away, we have to try.”