Collecting $26M Award Vs. White Nationalists May Be Tough

Even with the many obstacles to collecting the full $26 million judgment, there are ways to secure at least some of it

Nine people who sued white nationalist leaders and organizations over the violence at a deadly rally in Charlottesville in 2017 won a $26 million judgment for the injuries and trauma they endured. But whether they will be able to collect a significant chunk of that money remains to be seen.

Many of the defendants are in prison, in hiding or have dropped out of the white nationalist movement. At least three of the far-right extremist groups named as defendants have dissolved. And most of the defendants claim they will never have the money needed to pay off the judgments against them.

“I have no assets. I have no property. You can't get blood from a stone,” said Matthew Heimbach, who co-founded the far-right Traditionalist Worker Party with fellow defendant Matthew Parrott. Their neo-Nazi group fell apart after Heimbach was arrested in 2018 on charges that he assaulted Parrott, his wife’s stepfather. The men had argued over Heimbach’s alleged affair with Parrott’s wife, according to court documents.

Heimbach said he is a single father to two young sons, works at a factory and lives paycheck to paycheck. He said the plaintiffs’ lawyers who sued him “just wasted $20 million to try and play Whac-A-Mole with public figureheads.”

On the third anniversary of the deadly Unite the Right rally in Charlottesville, Va., during which protester Heather Heyer was killed, a new Investigation Discovery special is giving survivors a voice to talk about how the incident has continued to affect them. Pamela Deutsch, the producer of "Impact of Hate: Charlottesville" joined LX News to discuss the special.

Months before the trial, Richard Spencer, one of the most well-known white nationalists in the country, told a judge his notoriety has made it difficult for him to raise money for his defense against the “financially crippling” lawsuit. He said the case has been “extremely expensive” and a “huge burden” for him.

Spencer popularized the term “alt-right” to describe a loosely connected fringe movement of white supremacists, neo-Nazis and other far-right extremists. After the verdict was announced on Tuesday, Spencer said he now views the alt-right as a “totally dysfunctional institution with dysfunctional people” and claims he has grown disgusted “with a lot of it.”

The whereabouts of two defendants, Andrew Anglin and Robert “Azzmador” Ray, are unknown.

Anglin, founder of a neo-Nazi website called The Daily Stormer, has not paid any portion of a August 2019 judgment for orchestrating an anti-Semitic harassment campaign against a Montana real estate agent’s Jewish family. A federal judge entered a default judgment against Anglin after he failed to appear for a deposition. Other plaintiffs’ lawyers, including those in the Charlottesville civil case, also have secured default judgments against Anglin. 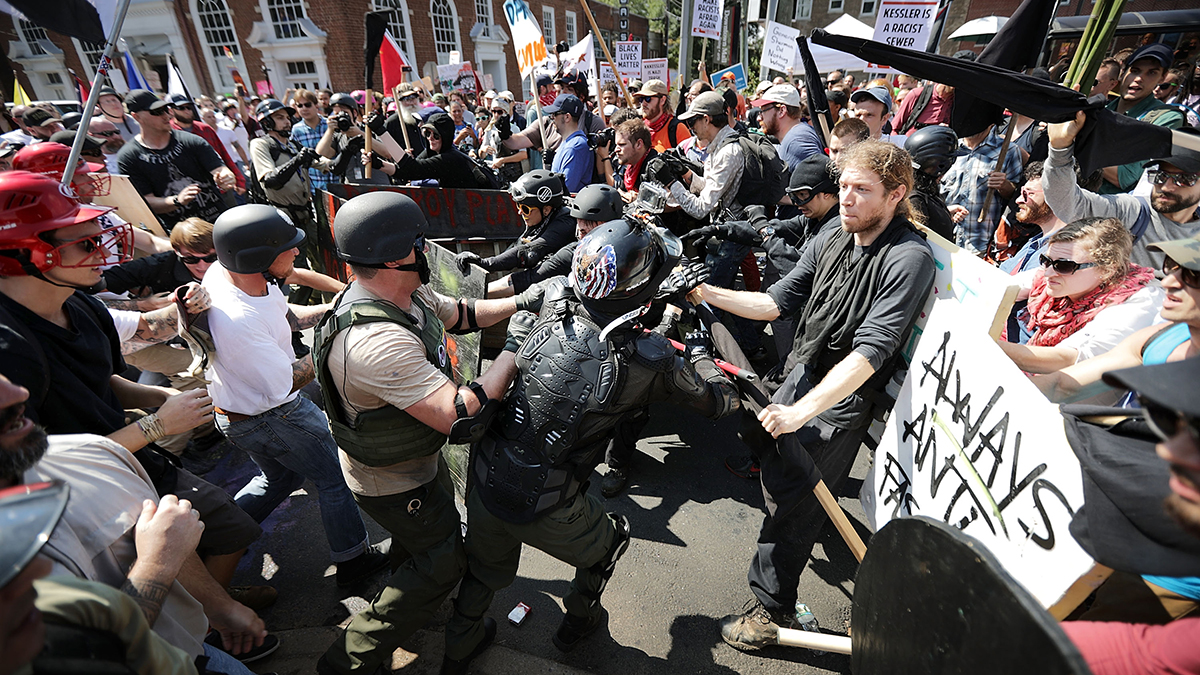 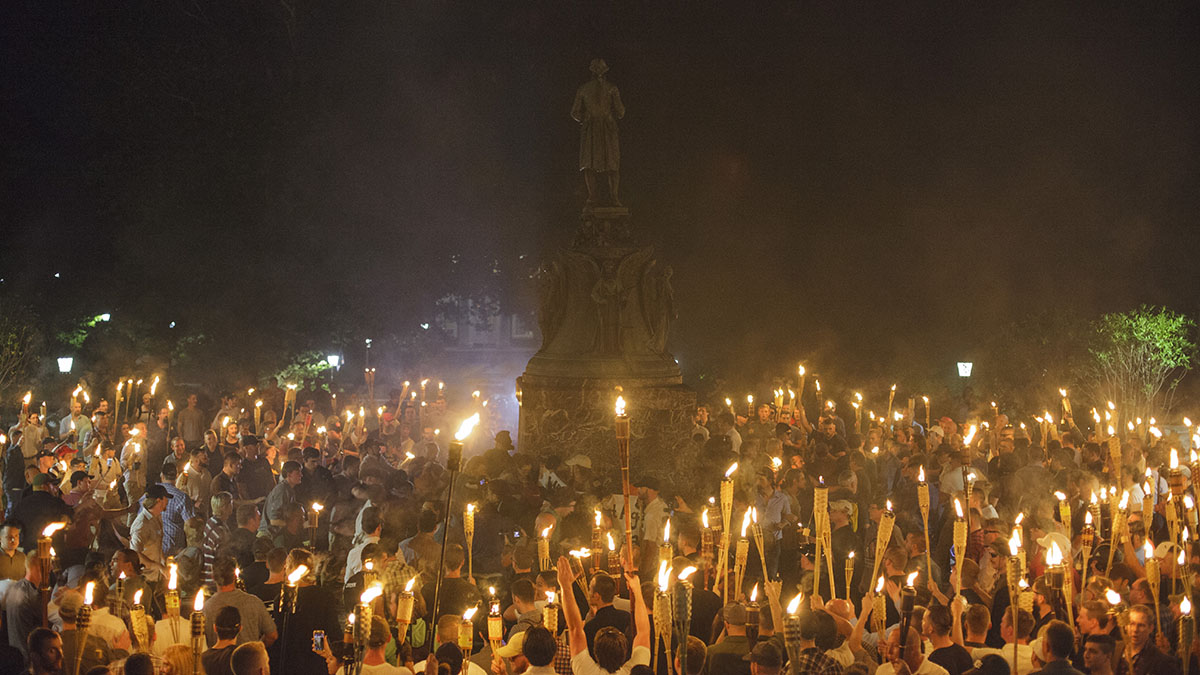 In September 2020, U.S. District Judge Norman Moon issued an arrest warrant for Ray, a neo-Nazi podcaster who has written for Anglin’s website. Moon agreed to hold Ray in civil contempt of court for his “total disregard” of court orders in the lawsuit.

Even with the many obstacles to collecting the full $26 million judgment, there are ways to secure at least some of it. Typically, plaintiffs' lawyers will seek court orders to seize assets, garnish wages and place liens on property owned by defendants.

Several of the defendants' lawyers said they will try to reduce the award.

Attorney James Kolenich, who represented three defendants, including James Kessler, the lead organizer of the rally, said although some of the white nationalist organizations have some assets, “I don't think any of them could afford to pay out of pocket these damages.”

“We are going to do what we can to cut this down to size,” he said.

Brian Levin, director of the Center for the Study of Hate & Extremism at California State University, San Bernadino, said the plaintiffs' lawyers may be able to recover some of the damages because of the sheer number of defendants named in the lawsuit. The jury issued the $26 million judgement against 17 defendants;the judge issued default judgments against another seven defendants before the trial.

“The thing that's different about this case is you have a wide array of defendants. Some of them are currently locked up or destitute, but they might have assets, (insurance) policies or real estate that could be recoverable,” Levin said.

Amy Spitalnick, executive director of Integrity First for America, a civil rights nonprofit that funded the lawsuit, said the group is "committed to ensuring our plaintiffs can collect on these judgments and see the full accountability they deserve.”

Many of the racists who embraced the alt-right brand for their white supremacist ideology have largely faded from public forums since the bloodshed in Charlottesville. The movement began to crumble amid a flurry of litigation and in-fighting among leaders.

Two of the defendants are in prison.

James Alex Fields Jr. was sentenced to life on murder and hate crimes after he was convicted of intentionally ramming his car into a crowd of counterprotesters on the second day of the Charlottesville demonstrations, killing a woman.

Christopher Cantwell, who hosts a live-streamed talk show called “Radical Agenda,” was convicted of extortion in September 2020 and sentenced to nearly 3 1/2 years in federal prison for threatening to rape the wife of a man whom he believed was harassing him.

Many of the defendants were booted off mainstream social media platforms. Some have chosen to keep low profiles since Charlottesville. Rally organizer Elliott Kline, also known as Eli Mosley, disappeared from the alt-right scene after the New York Times uncovered evidence that he lied about his military service.

Oren Segal, vice president of the Anti-Defamation League’s Center on Extremism, said the jury’s verdict sends a message that there will be consequences for promoting hate and violence.

“Accountability can’t be underestimated in a case like this,” he said.