The virus has killed more than 130,000 people in the US and a half-million worldwide

A long-expected upturn in U.S. coronavirus deaths has begun, driven by fatalities in states in the South and West, according to a tally by NBC News.

The number of deaths per day from the virus had been falling for months, and remained low even as states like Florida and Texas saw explosions in cases and hospitalizations.

Scientists warned it wouldn't last. A coronavirus death, when it occurs, typically comes several weeks after a person is first infected. And experts predicted states that saw increases in cases and hospitalizations would, at some point, see deaths rise too. Now that's happening.

“It's consistently picking up. And it's picking up at the time you'd expect it to," said William Hanage, a Harvard University infectious diseases researcher.

According to an Associated Press analysis of data from Johns Hopkins University, the seven-day rolling average for daily reported deaths in the U.S. has increased from 578 two weeks ago to 664 on July 10 — still well below the heights hit in April. Daily reported deaths increased in 27 states over that time period, but the majority of those states are averaging under 15 new deaths per day. A smaller group of states has been driving the nationwide increase in deaths.

Top officials in Houston are calling for the city to lock back down as area hospitals strain to accommodate the onslaught of patients sick with the new coronavirus.

Houston Mayor Sylvester Turner and Harris County Judge Lina Hidalgo, both Democrats, said this weekend that a stay-at-home order is needed for America’s fourth-largest city to cope with the surge of COVID-19 cases.

The call comes after a week in which Texas continued to break records for confirmed COVID-19 cases and deaths linked to the disease. State health officials reported 8,196 new cases Sunday, another 80 deaths and a total of 10,410 people hospitalized due to the virus.

The decision over a lockdown, however, rests with Republican Gov. Greg Abbott — who has resisted this step, saying it should be a last resort.

A heat wave has brought crowds to California’s beaches, where people mostly heeded warnings to keep a safe distance from each other as the state grappled with a spike in coronavirus infections and hospitalizations.

Lifeguard Chief Jason Young said Sunday that people are spread out on Orange County beaches. Temperatures soared into the 90s in many areas from San Diego north to the San Francisco Bay Area.

The statewide death toll increased by 71 to hit 7,107. There are more than 320,800 positive cases statewide. Meanwhile, two more inmates from San Quentin State Prison have died.

Florida on Sunday reported the largest single-day increase in positive coronavirus cases in any one state since the beginning of the pandemic.

According to state Department of Health statistics, 15,299 people tested positive, for a total of 269,811 cases.

The numbers come at the end of a grim, record-breaking week in Florida, with 514 fatalities. On Sunday, 45 more deaths were reported. Amanda Kloots Opens Up About Nick Cordero's Memorial: ‘His Spirit Was Definitely There' 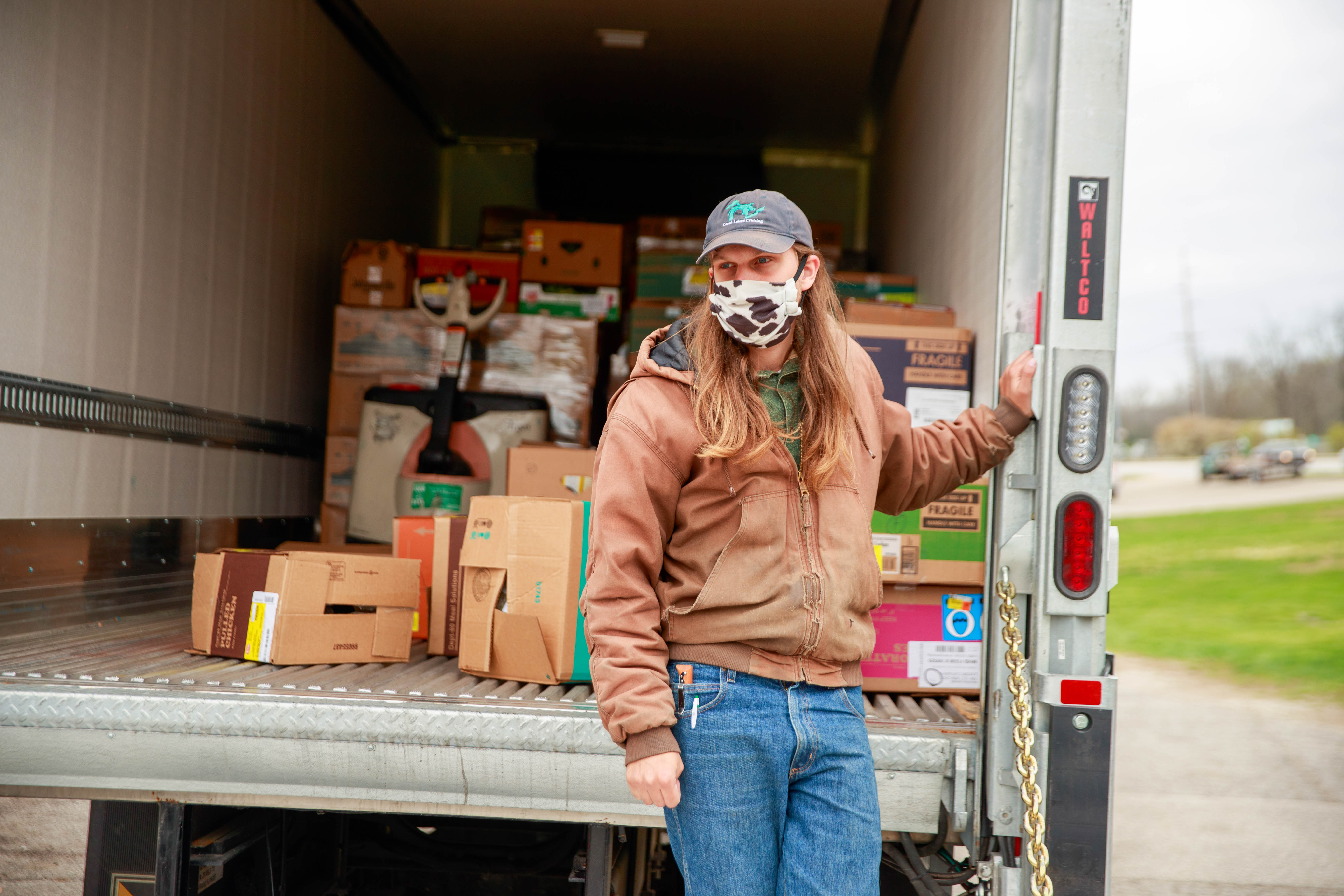 Trump Wears Mask in Public For First Time During Pandemic

President Donald Trump wore a mask during a visit to a military hospital on Saturday, the first time the president has been seen in public with the type of facial covering recommended by health officials as a precaution against spreading or becoming infected by the novel coronavirus.

Trump flew by helicopter to Walter Reed National Military Medical Center in suburban Washington to meet wounded service members and health care providers caring for COVID-19 patients. As he left the White House, he told reporters: “When you're in a hospital, especially ... I think it’s a great thing to wear a mask."

Trump was wearing a mask in Walter Reed's hallway as he began his visit. He was not wearing one when he stepped off the helicopter at the facility.

The president was a latecomer to wearing a mask during the pandemic, which has raged across the U.S. since March and infected more than 3.2 million and killed at least 134,000. Most prominent Republicans, including Vice President Mike Pence, endorsed wearing masks as the coronavirus gained ground this summer. Republican governors have been moving toward requiring or encouraging the use of masks as the pandemic has grown more serious in some states in the South and West.

Nevada lawmakers have pumped the brakes on their emergency special session because someone in the legislative building has tested positive for the coronavirus.

Gov. Steve Sisolak has convened the session so lawmakers can balance the state budget amid a projected $1.2 billion shortfall stemming from the economic damage of the pandemic.

But on Friday staff members announced that someone in the building is infected with the virus, though the person shows no symptoms.

On Saturday, 13 Nevada lawmakers decided they would now participate remotely in the emergency session and both chambers agreed to recess until Monday morning. That will give time for legislators time to get tested and staff to answer a long list of questions that lawmakers have asked in hearings.

The governor of Japan's Okinawa island demanded a top U.S. military commander take tougher prevention measures and more transparency hours after officials were told that more than 60 Marines at two bases have been infected with the coronavirus over the past few days.

Okinawan officials on Sunday reported a total of 61 cases — 38 of them at Marine Corps Air Station Futenma, which is at the center of a relocation dispute, and another 23 at Camp Hansen — since July 7. They said that U.S. military officials told them the two bases have since been put in lockdown.

The disclosure of the exact figures came only after Okinawa's repeated requests to the U.S. military.

“Okinawans are shocked by what we were told (by the U.S. military),” Tamaki told a news conference Saturday. “It is extremely regrettable that the infections are rapidly spreading among U.S. personnel when we Okinawans are doing our utmost to contain the infections.”

“We now have strong doubts that the U.S. military has taken adequate disease prevention measures,” he added.

“The Most Magical Place on Earth” has reopened after nearly four months with new rules in place to help prevent the spread of COVID-19.

The reopening comes as a huge surge of Floridians have tested positive for the new coronavirus in recent weeks. On Saturday, there were about 10,000 new cases reported, according to state statistics. Many cities and counties around the state have recently reinstated restrictions that had been lifted in May, when cases seemed to drop.

All of Disney's Orlando parks closed in mid-March in an effort to stop the virus’s spread. Universal Orlando and SeaWorld Orlando closed around the same time but reopened several weeks ago after instituting similar rules to protect employees and customers from the virus.