Amid Virus Outbreak, Concerns About a Hockey Stick Shortage

Just how many sticks are used each season in the NHL is not known, but it's a lot

Jack Eichel snapped his stick over the crossbar in frustration after an empty-net goal sealed a Buffalo Sabres loss, splintering it across the ice. He and other NHL players might want to think twice about sacrificing their sticks in a situation like that for now.

The coronavirus outbreak that began in China is affecting the production of hockey sticks used by the world's top players, raising concerns about a potential shortage. Two major manufacturers, Bauer and CCM, have factories in China that have closed.

Players are beginning to make preparations in case stick supplies dry up.

“We'll see how long it lasts,” Eichel said. “Hopefully not too long. Obviously, I go through sticks pretty quickly.”

Eichel estimates he goes through 100 sticks a season, and he’s not alone. Dallas Stars center Tyler Seguin changes sticks each game and was worried enough about running out that he stopped at his mom’s house outside Toronto before a game against the Maple Leafs to pick up two more, just in case.

“That's all that was left in the garage,” Seguin said. “I'll just manage.”

Bauer and CCM officials say they are monitoring the situation so clients like Eichel, Seguin and Toronto’s Auston Matthews don’t have to dig up old sticks in the garage. Warrior, the other major supplier of custom sticks for top hockey players, has not been affected because its production is based in Tijuana, Mexico.

Beer leagues can go on without worry. Bauer and CCM each independently said there has been no impact on the production of sticks for amateur players.

CCM said in a statement government approvals could slow the reopening of factories and expects to have a better picture of capacity and deliveries in coming weeks. Bauer CEO Ed Kinnaly said the situation remains fluid and hopes the company can re-start operations in China soon.

Animal lovers in Wuhan, China, where the coronavirus began, have banded together to take care of pets abandoned by their owners.

“We have backup stock in the U.S. and Canada to meet these needs, and we are working closely with equipment managers to understand their inventory levels and ensure players have what they need throughout this situation,” Kinnaly said.

NHL equipment managers, players and their representatives are trying to navigate the situation as best as possible. Detroit Red Wings equipment manager Paul Boyer said he has enough inventory for the next couple of weeks but isn’t sure what might happen after that given a two-week lag time for sticks to be delivered.

“I do have good sales guys and we came up with a plan to stock up ahead of Chinese New Year, but then the virus hit and there has been an even longer gap without producing sticks,” Boyer said. “Am I concerned? Yes, but I’m not panicking.”

Just how many sticks are used each season in the NHL is not known, but it's a lot. Boyer figures Red Wings players go through 70 to 120 each year, which would translate to about 1,600 for a full team — and more than 50,000 across the 31-team league.

No ‘Plan B’ for Tokyo Olympics Over Coronavirus 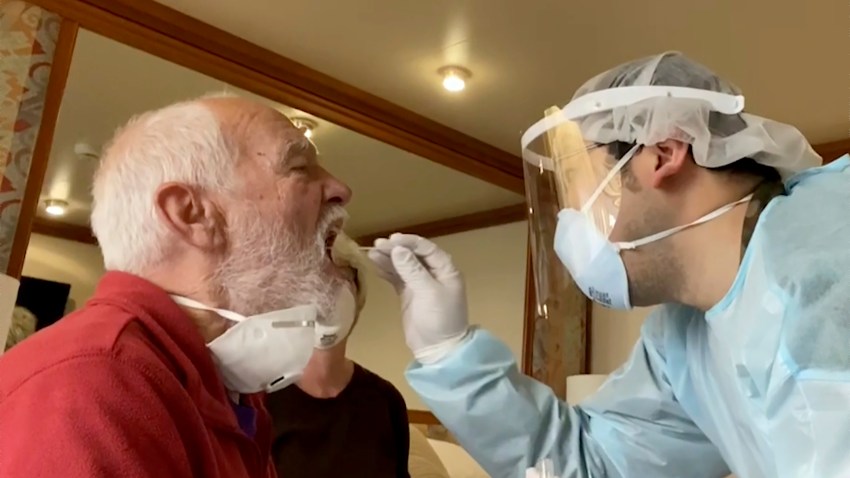 Among players, the level of concern varies widely. Some, like Maple Leafs captain John Tavares, don’t go through sticks as quickly, and teammate Jason Spezza thinks it will be fine as long as the production drought doesn’t last three or four months.

Across the locker room, there are some different sentiments.

"I've got to go take stock of what I've got back there,” Toronto defenseman Tyson Barrie said. “I hope I'm not running low.”

Barrie uses CCM and wasn't in love with the idea of switching manufacturers.

"I mean, if I had to, I guess," he said. “But if you ask anybody it would be tough to switch. You're used to using it every day — your flex, your curve, the whole thing. It would be an adjustment to switch to something else.”

American Hockey League teams have not been affected by the shortage, and the league office remains in contact with CCM. The National Women’s Hockey League has also not seen an impact because it gets sticks from Warrior, which makes them six days a week in Mexico.

“We are ready and committed to help the NHL and its players meet hockey stick demand if the need arises,” Warrior said in a statement. “Our thoughts remain with those whose health is being impacted by this health crisis.”

NHL players understand they’re far from being the most impacted by the coronavirus outbreak blamed for more than 1,300 deaths among tens of thousands of cases since December. Many were aware of the Chinese New Year and ordered extra sticks knowing fewer are made at that time.

“Any guy, pick a stick, you have it for a while, you like that stick, and that's your stick, that's what you use,” Detroit’s Dylan Larkin said. “Other than skates, it's one of the most important part of hockey and how you feel.”