Donald Trump invoked the Fifth Amendment and wouldn't answer questions under oath in the long-running New York civil investigation into his business dealings, the former president said in a statement Wednesday.

Trump arrived at state Attorney General Letitia James' offices in a motorcade shortly before 9 a.m., before announcing more than an hour later that he "declined to answer the questions under the rights and privileges afforded to every citizen under the United States Constitution.”

A source with knowledge of the deposition said Trump took the fifth more than 440 times, NBC News reported.

Trump noted in his statement that he once asked "If you’re innocent, why are you taking the Fifth Amendment?"

“Now I know the answer to that question. When your family, your company, and all the people in your orbit have become the targets of an unfounded, politically motivated Witch Hunt supported by lawyers, prosecutors, and the Fake News Media, you have no choice," Trump added.

As vociferous as Trump has been in defending himself in written statements and on the rally stage, legal experts say the same strategy could have backfired in a deposition setting because anything he says could potentially be used in the parallel criminal investigation pursued by the Manhattan district attorney.

Jones "took part in the deposition during which Mr. Trump invoked his Fifth Amendment right against self-incrimination," according to a spokesperson for James. "Attorney General James will pursue the facts and the law wherever they may lead. Our investigation continues.”

Trump met with lawyers from the attorney general's office for about six hours, NBC News reported. On his social media platform, Trump later described it as "a very professional meeting."

Wednesday's events unfolded as a flurry of legal activity surrounds the former president — just days before, FBI agents searched his Mar-a-Lago estate in Florida as part of an unrelated federal probe into whether he took classified records when he left the White House.

“My great company, and myself, are being attacked from all sides," Trump wrote beforehand on Truth Social, the social media platform he founded. "Banana Republic!” 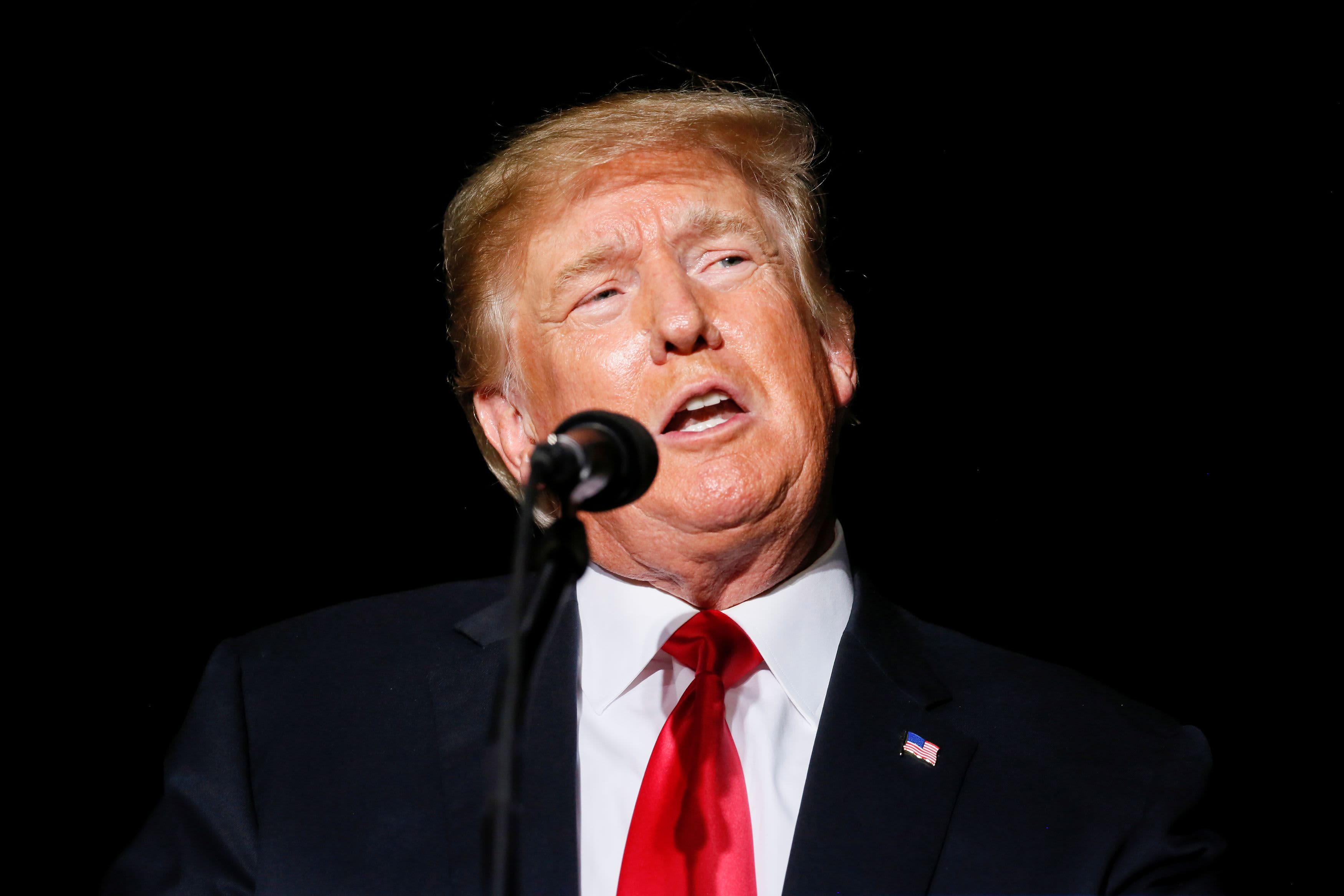 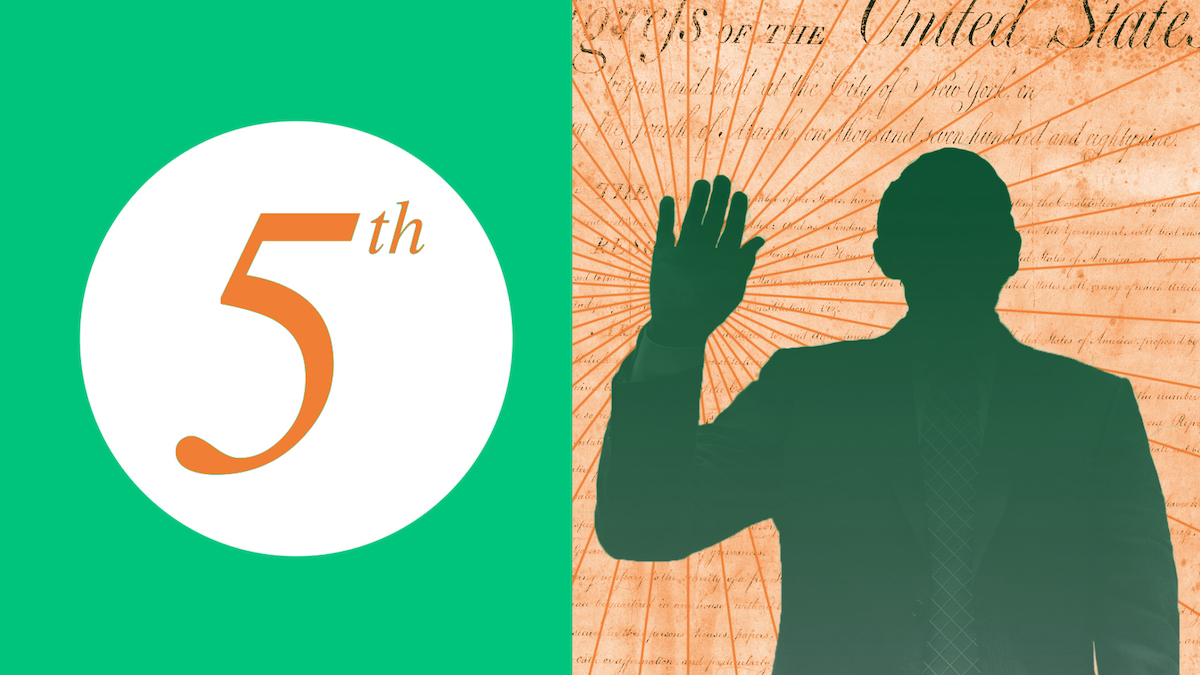 What Does It Mean to ‘Plead the Fifth' and Will Trump Face Consequences for Invoking It?

In May, James' office said that it was nearing the end of its probe and that investigators had amassed substantial evidence that could support legal action against Trump, his company or both. The Republican's deposition — a legal term for sworn testimony that’s not given in court — was one of the few remaining missing pieces, the attorney general’s office said.

Two of Trump’s adult children, Donald Jr. and Ivanka, testified in the investigation in recent days, two people familiar with the matter said. The people were not authorized to speak publicly and did so on condition of anonymity. It's unclear whether they invoked the Fifth Amendment during their depositions. When their brother Eric Trump sat for a deposition in the same investigation in 2020, he invoked the Fifth more than 500 times, according to court papers.

The Trumps’ testimony had initially been planned for last month but was delayed after the July 14 death of the former president’s ex-wife, Ivana Trump, the mother of Ivanka, Donald Jr. and another son, Eric Trump, who sat for a deposition in James’ investigation in 2020.

On Friday, the Trump Organization and its longtime finance chief, Allen Weisselberg, will be in court seeking dismissal of tax fraud charges brought against them last year in the Manhattan district attorney’s parallel criminal probe — spurred by evidence uncovered by James' office. Weisselberg and the company have pleaded not guilty.

James, a Democrat, has said in court filings that her office has uncovered “significant” evidence that Trump’s company “used fraudulent or misleading asset valuations to obtain a host of economic benefits, including loans, insurance coverage, and tax deductions.”

James alleges the Trump Organization exaggerated the value of its holdings to impress lenders or misstated what land was worth to slash its tax burden, pointing to annual financial statements given to banks to secure favorable loan terms and to financial magazines to justify Trump’s place among the world’s billionaires.

The company even exaggerated the size of Trump’s Manhattan penthouse, saying it was nearly three times its actual size — a difference in value of about $200 million, James’ office said.

A New York judge held former president Donald Trump in contempt on Monday over his lack of response to a subpoena from the state's attorney general, and ordered him to pay $10,000 a day in fines until he complies. NBC New York's Jonathan Dienst reports.

Trump has denied the allegations, explaining that seeking the best valuations is a common practice in the real estate industry. He says James’ investigation is part of a politically motivated “witch hunt” and that her office is “doing everything within their corrupt discretion to interfere with my business relationships, and with the political process.”

“THERE IS NO CASE!” Trump said in a February statement, after Manhattan Judge Arthur Engoron ruled that James’ office had “the clear right” to question Trump and other principals in his company.

Once her investigation wraps up, James could decide to bring a lawsuit and seek financial penalties against Trump or his company, or even a ban on them being involved in certain types of businesses.

Meanwhile, the Manhattan district attorney’s office has long pursued a parallel criminal investigation. No former president has even been charged with a crime.

That probe had appeared to be progressing toward a possible criminal indictment, but slowed after a new district attorney, Alvin Bragg, took office in January. A grand jury that had been hearing evidence disbanded. The top prosecutor who had been handling the probe resigned after Bragg raised questions internally about the viability of the case.

Bragg has said his investigation is continuing, which means that Trump could invoke his Fifth Amendment right against self-incrimination and decline to answer questions from James’ investigators during the deposition in a Manhattan.

As vociferous as Trump has been in defending himself in written statements and on the rally stage, legal experts say the same strategy could backfire in a deposition setting because anything he says could potentially be used against him or his company in the criminal investigation. No former president has even been charged with a crime.

In fighting to block the subpoenas, lawyers for the Trumps argued New York authorities were using the civil investigation to get information for the criminal probe and that the depositions were a ploy to avoid calling them before a criminal grand jury, where state law requires they be given immunity.

Mazars told the Trump Organization last week that all of the former president's financial reports for a decade through fiscal 2020 should not be relied on anymore.

Weisselberg and Eric Trump each invoked the Fifth Amendment more than 500 times when questioned by James’ lawyers during separate depositions in 2020, according to court papers.

The former president could choose to do the same, but it’s likely “he’ll claim lack of knowledge on many questions,” New York University law professor Stephen Gillers said.

That could be a successful strategy, since Trump is known as more of a “big-picture guy” Gillers said. “So he’ll answer the big-picture questions and those answers will be general enough to keep him out of trouble, or so his lawyers will hope.”

But, the professor added, “his impetuosity makes him a lawyer’s nightmare and his overconfidence may lead him astray. Whoever questions him will encourage that."

Whatever he does say, it will be behind closed doors and there's no certainty what he says will ever be made public — often, only excerpts of the testimony are ever made public in court filings, weeks and months later.