EXPLAINER: What Does Ukraine Invasion Mean for Energy Bills?

Even as gunfire sounded in Ukraine's capital, natural gas kept flowing normally Friday through the major pipelines from Russia to Europe. But the invasion and accompanying sanctions are casting a shadow over longstanding energy ties, both for the coming weeks and longer term.

The world is already facing high energy prices and a supply crunch that has hit consumers with high utility bills and pain at the gasoline pump. Russia’s attack on Ukraine has whipsawed energy markets, not least because Europe depends on Russian supplies of natural gas. Russia is also a major oil producer.

Here are key things to know about the invasion's impact on energy:

What's The Situation With Oil And Gas Prices?

Prices for both dropped after U.S. and European officials said sanctions against Russia would not interrupt energy supplies or payments through banks for shipments of oil and gas.

Nonetheless, fears of a supply interruption have rattled people and the markets. Some gasoline stations in Poland saw lines or ran out of gas Friday as people afraid of the fighting in neighboring Ukraine rushed to fill their tanks. A government spokesman said Poland has plenty of fuel reserves. 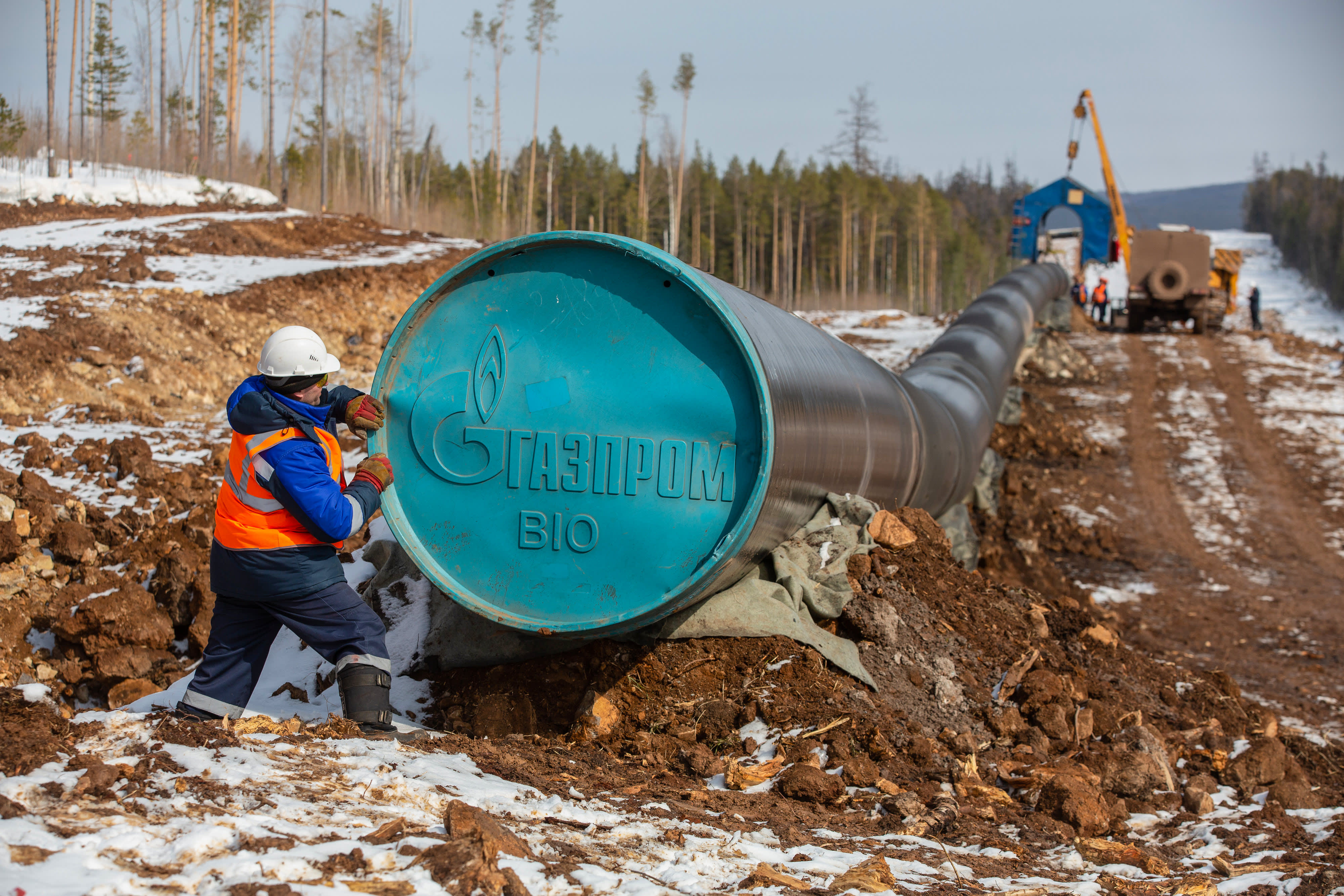 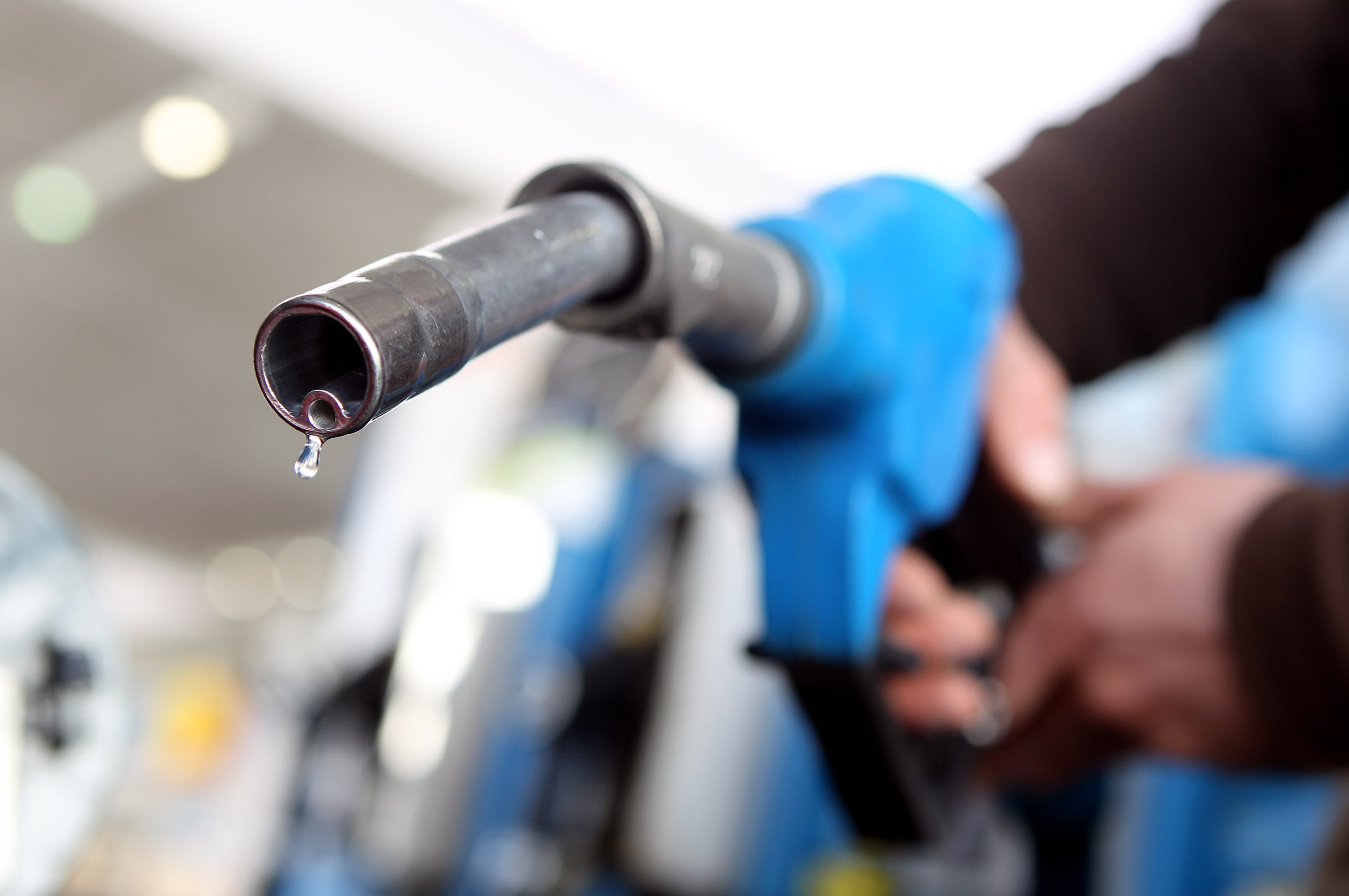 Russia accounts for more than 30% of Europe's gas for home heating, industry and generating electricity, and other potential supply sources are not adequately prepared to bridge the gap if Russian gas is curtailed, Rystad Energy analysts say.

“A complete halt to gas exports from Russia is highly unlikely, but gas piped through Ukraine — which represents 8% of European supply — is very much at risk,” they said.

Supplies of liquefied natural gas brought by ship from the U.S. has helped relieve some of Europe's gas shortage this winter, but it's expensive.

Meanwhile, natural gas prices in the U.S. are approximately 60% higher than a year ago, according to Rystad.

What Does It Mean For Consumers?

The conflict is adding to the surging energy prices already plaguing Europe and the U.S., crimping consumer spending and holding back economic growth. If oil prices rise to $120 per barrel and gas prices remain elevated, inflation would rise and slow economic growth this year, analysts at Berenberg bank say.

Some analysts believe regular gasoline could climb to $4 a gallon on average in the U.S. in the coming months.

“That’s going to create a lot of anxiety with consumers, and our government hasn’t come up with a solution to help families with rising gasoline prices,” said Mark Wolfe, executive director of the National Energy Assistance Directors Association.

Lower-income families are hardest hit by high gasoline prices, because they’re more likely to have to drive to work, he said. “How do ordinary Americans plan for this? Their budgets are already tight.”

In Europe, governments have rolled out cash subsidies for consumers hit by higher utility bills. Some heavy users of gas have shuttered or throttled back production, such as producers of fertilizer, which has become more expensive in turn.

Farmers have seen higher costs to fuel their equipment and those costs will turn up in food prices as well. Some people who switched to discount providers — which rely on energy from wholesale markets — have been sticker-shocked with sharply higher bills or had their contracts canceled when the supplier faced losses from high prices.

Why Didn't Sanctions Target Oil And Gas From Russia?

U.S. officials went out of their way to say that they are not seeking to block Russia's energy shipments despite it being a mainstay of Russia's budget and thus a chief source of funding for the Russian military attacking Ukraine.

The reason: global energy supplies are tight and prices are high. Cutting off Russian oil would send prices soaring and worsen the inflation plaguing the U.S. and Europe, while Europe would struggle to replace Russian gas.

Could Gas Supplies Be Totally Cut Off?

Europe is the biggest customer for Russia's state-owned gas giant Gazprom, with 83% of its sales in 2020.

Gazprom has sought to diversify by selling to China. But pipelines link much of its gas to Europe, and Russia has few liquefied gas terminals that would let it send gas to any destination with an import terminal. New connections to China are years away.

“Russia's capacity to divert gas flows to China is very limited now and by the time it grows, the EU will have other options," said Alicia Garcia Herrero, chief economist for the Asia Pacific region at Natixis bank.

Says Rystad Energy: “Russian gas exports bring in more than $300 million for the Kremlin each day — revenues they cannot afford to lose.”

That's why analysts have regarded a total gas cutoff by Europe or Russia as unlikely. The two sides need each other.

Russia's also a major supplier of crude oil to Europe, supplying more than 2 million barrels a day to be refined into gasoline, diesel fuel and used by industrial firms.

Russian oil could be made up more easily than gas, analysts say. If there were supply disruptions, U.S. companies could, in theory, increase oil production and export more oil to Europe, while sanctioned Russian oil might wind up in China.

The war has intensified questions about Europe's gas dependence on Russia.

“The events of the last days show the imprudence of not having diversified our sources of energy and our providers in recent decades," said Italian Premier Mario Draghi in parliament Friday.

Europe's shortage of gas reserves this winter came about partly because Gazprom didn't sell extra gas beyond its long-term contracts. That led to concerns that Russia was willing to use gas as leverage.

The German government took a big step after the invasion by freezing the approval process for the Nord Stream 2 pipeline, which the U.S. opposed as increasing Europe's reliance on Russia.

Yet finding new energy supplies will take years. Europe continues to need natural gas to fire its electricity plants until renewables are built up enough and to make up for falling domestic production. Analysts at Energy Intelligence say tight supply will likely keep prices high through the mid-2020s.

The long-term answer is to double down on developing renewable energy to fight climate change, said Claudia Kemfert, energy expert at the German Institute for Economic Research in Berlin.

“We are in a new era. There is a day before Russia invaded Ukraine and a day after," Kemfert said. Prices for fossil energies are rising, and we are paying the price of the delayed energy transition.”

“The best answer to fossil fuel wars is a significantly accelerated energy transition. It will bring peace."