Uvalde Mayor: Robb Elementary Must Be Torn Down

Uvalde Mayor Don McLaughlin confirmed there are plans to destroy Robb Elementary, where 19 children and two teachers were killed on May 24, and State Sen. Roland Gutierrez (D-San Antonio) says a federal grant may pay for the demolition.

McLaughlin visited the site of the growing memorial outside Robb Elementary recently and said it was moving and that messages of love and support have come from all over the world.

Still, McLaughlin said no one is eager to force children to return to school in the building where so many of their classmates were killed.

“I don’t think anybody’s plans are but to tear that building down,” McLaughlin said. “I would never ask, expect, a child to ever have to walk in those doors ever, ever again. That building needs to be gone.”

Gutierrez, whose district covers Uvalde, also supports demolishing the elementary school and shared those concerns with President Joe Biden during his visit to Uvalde on Sunday.

Gutierrez, during an interview on MSNBC Tuesday morning with José Díaz-Balart, said the children in Uvalde are traumatized and there's no way they should be forced to return to school in the building where the shooting took place.

"I've spoken to so many parents and little kids that have come here to honor their friends and they're just bawling in tears, they're traumatized. There's no way in hell they should go back," Gutierrez said Tuesday. "I think I heard the mayor earlier in another news conference say they shouldn't go back."

Gutierrez also said he expected federal help to cover the cost of razing and rebuilding the school.

"The president said we're going to work on a grant. Here's a sad state of affairs, we actually have a federal grant for schools that undergo this type of devastation, and it's upwards to $45 million to raze these schools. What does that say about this problem in America?" Gutierrez said.

After the Sandy Hook shooting in 2012 that killed 20 students and six adults, students were sent to a different elementary school while the building was later razed and rebuilt.

Following the shooting at Santa Fe High School on May 18, 2018, in which eight students and two teachers were killed, students returned to class 11 days later to finish the final two days of the school year. The school building is still in use. 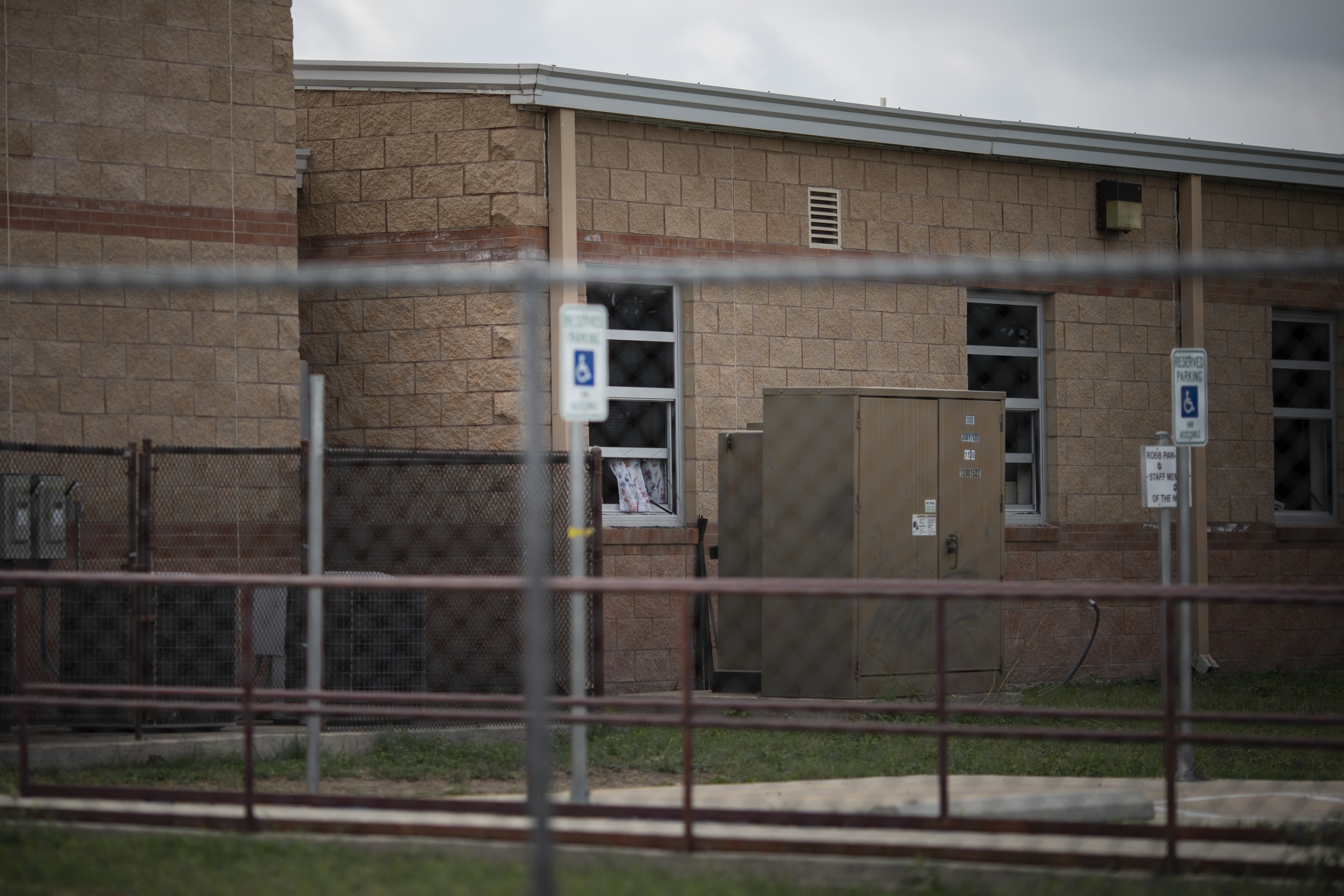