The publication of artist Ken Krimstein's "When I Grow Up: The Autobiographies of Six Yiddish Teenagers" comes as an enormous archive of Jewish documents is reunited online

New Yorker cartoonist Ken Krimstein had already tackled the subjects of freedom and totalitarianism in his graphic novel about the philosopher Hannah Arendt, winning praise and prizes for his depictions of her ideas and her escape from fascist Europe, and he was looking for a new topic.

That’s when he heard a talk about Jewish documents lost during World War II and rediscovered many years later — among them the writings of young people on the eve of the Holocaust.

This month six of those stories — autobiographies submitted for a series of contests in the 1930s — are translated and newly illustrated in Krimstein’s “When I Grow Up: The Lost Autobiographies of Six Yiddish Teenagers.”

“They were so honest, and so true and so gritty,” Krimstein said. “I just was blown away.”

One that he calls The Boy Who Liked a Girl was written by a young man who enrolled in a religious school while the girl he liked studied at a Yiddish socialist one. His days at the yeshiva are far from the comfortable scholarly life he had imagined, and gone are the nights when he visited the girl he had fallen for.

Soon his heart “is full of tears” when he learns she has chosen someone else.

Another from a 19-year-old young woman, The Folk Singer, tells how her father stole her mother’s inheritance and was found drunk, passed out on the floor of his restaurant, a Russian waitress near him “in an indecent position.” The family scattered, split in their loyalties, as she sings and writes songs.

She knows all that her mother has sacrificed for her, “But still in my dreams, in my thoughts, in my whole life, I am overcome with longing… for my father.”

The young people in Krimstein's book are exploring their lives as they become musicians or writers, learn to play the mandolin or discover the Yiddish language author I.L. Peretz or celebrate a bar mitzvah by dancing until midnight to the latest hits from the Commodore Music Shop in Manhattan.

"The sense of discovery I felt," Krimstein said. "I said to my editor it was as if the moment when that guy cracked open King Tut’s tomb and that little gust of air came out from ancient Egypt -- I felt like this was a moment."

Krimstein had been looking for a follow up to his first graphic history book, "The Three Escapes of Hannah Arendt," described by his fellow cartoonist Roz Chast as not only about Arendt but about how through her words "to live in the world, the meaning of freedom, the perils of totalitarianism, and our power as human beings to think about things and not just act blindly."

The talk he heard that cold February day in Chicago was by Jonathan Brent, the executive director of the YIVO Institute for Jewish Research, founded in 1925 in Vilna, Poland. Krimstein soon was in touch with the YIVO staff, and then on his way to what is now Vilnius in Lithuania. The autobiographies Krimstein picked to illustrate came from YIVO's pre-war archives, divided between New York, where the organization moved during the war, and Vilnius, and he chose writings from both places. The collection was ransacked during the war, much of it destroyed, and what was saved was dispersed even down to the pages of individual stories.

In the preface, Krimstein describes holding a student notebook in his hands in 2018 at the Martynas Mażvydas National Library of Lithuania. A question, he asked the archivist.

“‘How many people have flipped through this notebook since 1939?’”

“Catching my breath, I turned another page.”

Krimstein's book is a microcosm of a much larger project. "When I Grow Up" is being published just as YIVO is rejoining its entire pre-war collection online, a first-of-its-kind undertaking that is restoring a culture ripped apart by Nazi Germany.

“We can’t bring the people back but we can reconnect with them through their voices, through their culture,” Brent said. “We can become more whole as a consequence of this.” 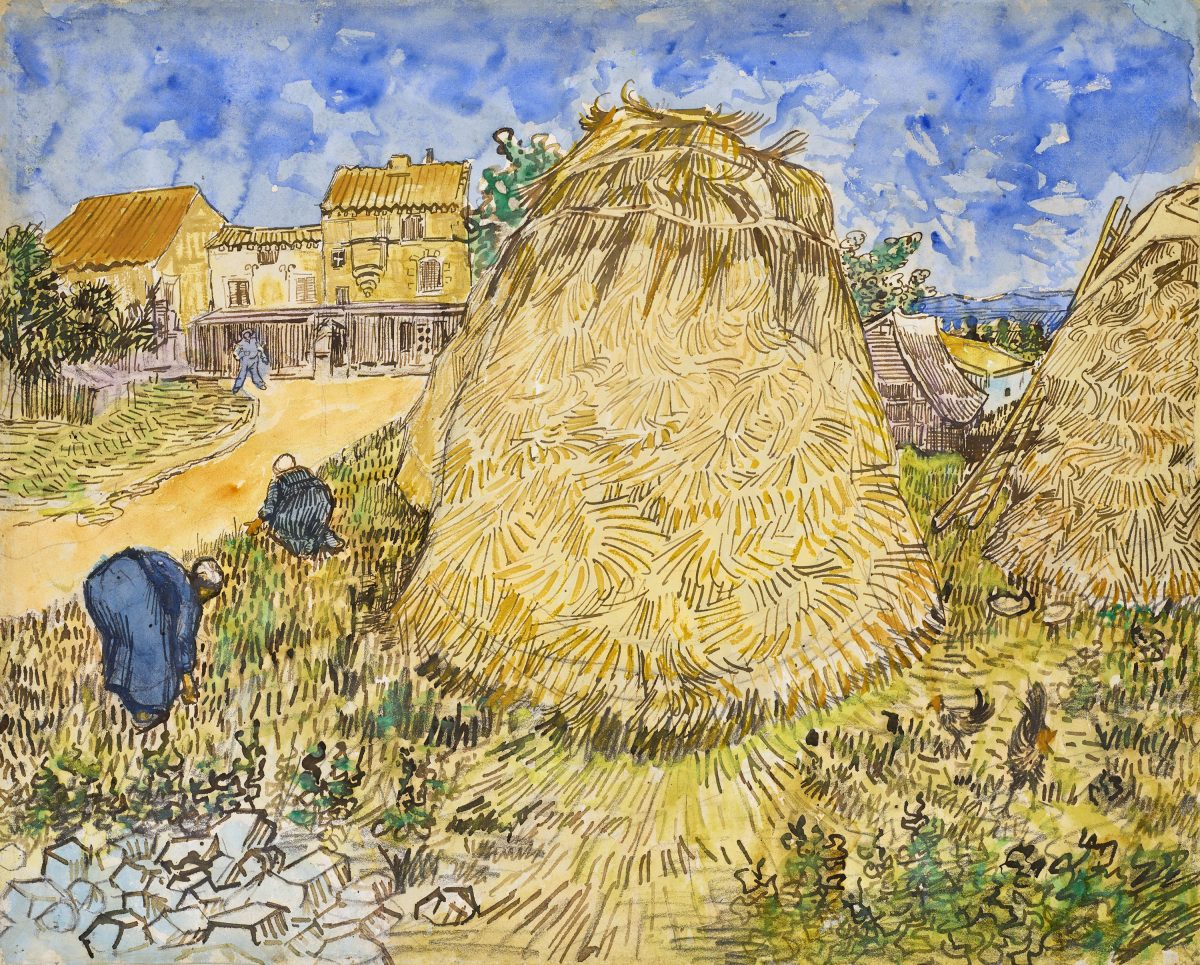 The seven-year, $7 million project — a collaboration between YIVO and the Lithuanian Central State Archives, the Martynas Mažvydas National Library of Lithuania and the Wroblewski Library of the Lithuanian Academy of Sciences — will be completed by January.

The autobiographies are an example. Collected in three contests sponsored by YIVO in the 1930s, they were part of the institute’s drive to gather information about the everyday lives of Jewish adolescents amid political and economic turmoil. Young people of all education, class, occupation and political affiliation were asked to write about themselves, their families and their relationship with them, their teachers and schools, boyfriends and girlfriends and youth and political organizations. The stories were anonymous — the authors submitted their names separately for the purpose of the prizes — and they were urged not to embellish.

Krimstein knew from the start that he wanted a diverse group of young people — rich, poor, urban, country dwellers, boys and girls. He had to reconstruct who they were, their full humanity of normal teenagers, from the language they used, their handwriting and the stories that they told. More than 600 young people submitted their autobiographies.

“These were slices of their lives,” Krimstein said. “And all the ironies of it."

The final award in 1939 was never distributed because it was to have taken place on the day that the Nazis invaded Poland.

Glenn Dynner, chair of the Religion Department at Sarah Lawrence College, sees the young people in the autobiographies grappling with modernity and tradition, sometimes mingling them, sometimes moving back and forth between one and another.

“You don’t get that story from the textbooks, which try to give you a very simplified story of modernization," he said. "But if we’re going to really understand what was lost during the Holocaust, the immensity of the loss, that richness and variety is absolutely crucial to just understand the lifeblood of the Polish Jewish communities and the Russian Jewish communities.”

The 4 million pages that make up YIVO's pre-war library and archives have been digitized, including 1.5 million pages of documents and 12,000 volumes of books, to create the Edward Blank YIVO Vilna Online Collections.

The material ranges from the historic to the ordinary, from important political documents and religious texts to photographs of proud self-defense groups and productions of summer cabaret theater, and a Jewish folklore collection with stories such as "The Blacksmith and the Horses With Human Hands."

There is a diary from Theodor Herzl, who founded modern political Zionism, and a rare typescript by philosopher Martin Buber. A 1567 declaration by two Jewish brothers in Bavaria shows they have permission to move while other documents dispense practical advice for Jewish farmers, for children going hiking and on how to cure a cold and what to do when hit by lightening. There are thousands of kvitlekh, or requests for a blessing or advice, that were sent to Rabbi Eliayahu Guttmacher of Graetz in the 19th century. An adoption application for a 10-year-old girl whose father died from a lung disease during World War I notes that the family is in great need.

Then there are photographs of the ordinary people who became victims of the pogroms that brutalized Jews in Ukraine, Belarus and eastern Poland from 1919 to 1921, collected by activists to document the murder of at least 50,000.

“It’s important to remember not just the people who were killed but the culture that was destroyed and these documents enable us to do that," said Samuel Kassow, a professor of history at Trinity College in Hartford, Connecticut.

When the Nazis took control of YIVO, they looted the material they found for an anti-Semitic propaganda organization they had created, the Institute for the Study of the Jewish Question in Frankfurt, Germany. They forced intellectuals from the Jewish ghetto to sort through the documents and select what should be shipped there. The rest was supposed to be destroyed.

Instead, the Jewish slave laborers risked their lives to conceal the material under their clothes and bring it back to the ghetto where they hid it. They became known as the Paper Brigade.

After the Germans were defeated, the material that had been sent to Frankfurt was found by soldiers who were part of the Monuments Men — the Monuments, Fine Arts and Archives section of the Allied Forces known for recovering artwork stolen by the Nazis. It was returned to YIVO in New York.

After the defeat of the Germans, survivors retrieved material hidden in the ghetto and eventually arranged for some of it to be smuggled once again, out of Soviet occupied Vilna to New York.

"These documents are of great historic significance but besides that their very existence is thanks to an amazing story of heroism," said David Fishman, a professor of Jewish history at the Jewish Theological Seminary in New York and the author of The Book Smugglers: Partisans, Poets, and the Race to Save Jewish Treasures from the Nazis." "Because they were rescued by Jewish intellectuals from the Nazis during the war, and then those who survived came back and dug them up, literally dug them up, because they were hidden, most of them, underground."

Another trove of documents were found after the collapse of the Soviet Union in the basement of the former Church of St. George in Vilnius, now the Martynas Mażvydas National Library of Lithuania. They had been secreted there by a Lithuanian librarian, Antanas Ulpis, who had hidden material in various places. More documents were found in the same church in 2017, including a postcard written by the painter Marc Chagall and two letters by the writer Sholem Aleichem.

YIVO had wanted the new material returned as well but the Lithuanian government refused to give up what it called part of its national heritage and so the online collection was created.

“We really are completing the work that the Paper Brigade started,” said Stefanie Halpern, YIVO’s director of the archives.

“Now it’s come to us and we’re finishing that work. We’re piecing collections back together. We’re making them available online and we are ensuring that really as many people as possible can access these materials.”

To write his book, Krimstein visited Vilnius, traced the boundaries of the Jewish ghetto and saw the city’s landmarks. It was important for him to walk the streets, and smell and see the sights, he said. Without photographs for most of the teenagers, he undertook enormous research into clothing, music and movies of the time. What radio stations would they have listened to? What cars were residents driving?

“I used the visuals to establish the setting because one of the great things about graphic storytelling is — and I’m a cartoonist and I love it — we read with our eyes,” he said.

And so he shows the young man he calls The Letter-Writer appealing to President Franklin D. Roosevelt himself, desperate for permission to leave Poland for the United States after he is forced to end his studies because he is Jewish. Despite fees and forms and testimony from family, he gets nowhere.

“But I keep hoping,” the anonymous 20-year-old writes in his autobiography in 1939.

The Skater, a 19-year-old caring for a rich woman’s children in Warsaw, one day receives a pair of ice skates from her sister. She longs to attend a school for elite students in what she describes as “refined uniforms” and says that if she is completely honest, as the rules insist, there are many days when she only wants to be free of her charges. Once her day off arrives, she runs to the rink to skate and holds to the hope that she will be accepted to the school for free.

“I keep trying to put this through the lens of humanity, of people, of teenagers, of people just trying to live their life,” Krimstein said.