The 18-year-old testified virtually at the House Oversight Committee hearing on the issue. The hearing took place on the day the Biden administration convened a summit of world leaders to discuss taking action to curb greenhouse gas emissions.

“The fact that we are still having this discussion and even more that we are still subsidizing fossil fuels directly or indirectly using taxpayer money is a disgrace,” Thunberg said, calling it "clear proof that we have not understood the climate emergency at all." 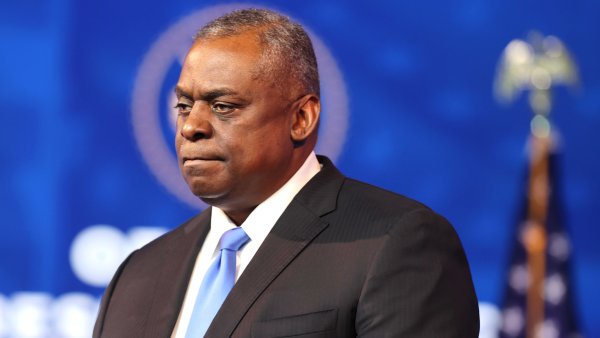 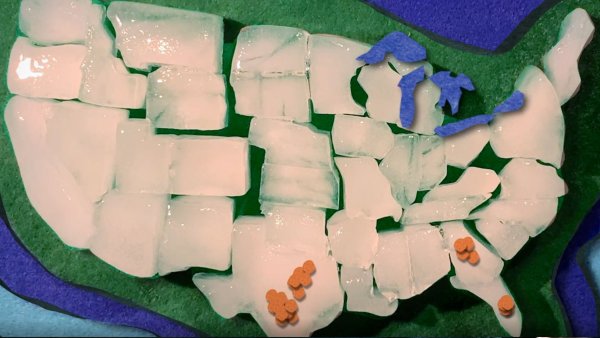 Edge of the Abyss: Why Climate Migration May Lead to the Next Great Housing Crisis

Thunberg was one of several activists and policy experts who testified at the hearing, convened by Rep. Ro Khanna, a California Democrat who chairs the environment subcommittee.

She told U.S. lawmakers that history would hold them accountable if they fail to take action.

Republicans on the committee accused Democrats of using what they said were fear tactics "to scare people to action regarding climate change." South Carolina Rep. Ralph Norman, the oversight subcommittee’s ranking Republican member, criticized plans to reduce or eliminate fossil fuel subsidies without ensuring countries like China will do the same.

President Joe Biden addressed a global climate summit on Thursday and stressed the importance of global cooperation to solve the climate crisis.

Thunberg argued that it was incumbent on the world’s superpower to lead the way.

“If the U.S., for example — which is the biggest emitter in history — won’t take action, then how can we expect other countries to do that?” she asked.

The government provides several tax subsidies to the fossil fuel industry as a means of encouraging domestic energy production, according to the Environmental and Energy Study Institute. The organization cites estimates that put direct subsidies at roughly $20 billion per year.

While subsidies granted to the fossil fuel industry were also designed to lower the cost of fossil fuel production and incentivize new domestic energy sources, U.S. taxpayer dollars "continue to fund many fossil fuel subsidies that are outdated, but remain embedded within the tax code," EESI reports.

President Joe Biden promised to eliminate “special preferences” that take the form of “subsidies, loopholes, and special foreign tax credits for the fossil fuel industry” as part of his American Jobs Plan. The Treasury Department has also proposed eliminating some tax provisions used by oil, gas and coal producers to help pay for Biden's $2 trillion infrastructure plan. The Treasury plan would raise $35 billion over 10 years.

Frank Macchiarola of the American Petroleum Institute, who also testified Thursday on behalf of the oil and gas industry, argued that tax deductions his industry takes for expenses like equipment, labor and wages aren't subsidies, "but rather common tools that allow businesses to expand, invest and create jobs.”

On Wednesday, Sen. Ron Wyden, D-Ore., introduced a bill that would eliminate tax breaks for fossil fuels and create tax incentives for energy resources that emit zero or net-zero emissions.

“Greenwashing" is when fossil fuel companies present themselves as working to solve the climate change crisis, when in fact they are just creating distractions from real progress. Leading climate scientist and author of “The New Climate War” Michael E. Mann joined LX News to discuss the obstacles that remain to winning the war and why systemic change is needed now.

"America's tax code is rigged in favor of dirty fossil fuels and Big Oil," Wyden said in a tweet. "It's time to bring our energy tax credits into the 21st century to promote clean energy jobs and renewable energy."

Last month, Democratic lawmakers in the House also introduced legislation seeking to eliminate provisions in the tax code that give subsidies to fossil fuel industries.

Rep. Sean Casten, D-Ill., a former clean energy industry executive who is a co-sponsor of the bill, says the direct and indirect subsidies to the fossil fuel industry total $650 billion a year.

"It is anti-capitalist to give special tax breaks to oil and gas companies that other businesses don't get—it restricts the competition we need for healthy capitalism," said Rep. Katie Porter, D-Calif., who is also a co-sponsor of the House bill. "Giveaways to Big Oil are bad for our economy, bad for our planet, and bad for American taxpayers, who pay their fair shares while polluters get a discount."

John Kerry, the White House’s special envoy for climate, praised the accomplishments of the international climate summit on Thursday, saying, “Today, we built a huge foundational building block in the effort to [combat the climate crisis].”