"People are tired of this. It's got to stop."

Editor's Note: This story has been updated to correct that the Eduardo Uvaldo is the 7th victim of the Highland Park Parade shooting.

Emotions, prayer and calls for action against gun violence poured out Tuesday night during a vigil at Immaculate Conception Church in Highland Park, Illinois -- one day after a gunman opened fire at the northern Chicago suburb's Fourth of July Parade and injured more than 40 people.

"People are tired of this," vigil attendee Linda Lovino said. "It's got to stop."

Lake County officials have identified six people that were killed in the deadly mass shooting, and a seventh person died in Cook County.

According to officials, 69-year-old Eduardo Uvaldo of Waukegan was taken to Evanston Hospital after the shooting Monday. Uvaldo was pronounced by the Cook County Medical Examiner’s Office Wednesday at 7:47 a.m.

The 21-year-old suspect, who grew up in the area, faces seven counts of first-degree murder with many more criminal charges to come, Lake County State’s Attorney Eric Rinehart said Tuesday.

"These are just the first of many charges that will be filed against [the suspect]. Dozens more charges centered around each of the victims," which Rinehart said included those struck by bullets and those that suffered psychological damage.

The seven counts announced Tuesday would, if convicted, carry a mandatory sentence of life without parole, Rinehart said.

The suspect is appeared in bond court on Wednesday and is being held without bail.

Here are the latest updates, and what we know about the victims.

The Lake County Coroner's office on Tuesday released the names of six out of seven people killed in the mass shooting at the Highland Park Independence Day Parade.

"It is with a heavy heart that I bring to you the names of the victims of that tragedy," Coroner Jennifer Banek said at a press conference late Tuesday afternoon.

The names of the victims identified by Lake County so far include:

Hundreds packed into a church to honor the victims of Monday’s shooting in Highland Park, and NBC 5’s Alex Maragos kicks off team coverage.

More than $ 2 million as been raised so far for 2-year-old Aiden McCarthy, whose parents were both killed in Monday’s shooting in Highland Park.

"At 2 years old, Aiden is left in the unthinkable position: to grow up without his parents," Irina Colon, who set up the fundraiser, said. "He is surrounded by a community of friends and extended family that will embrace him with love, and any means available to ensure he has everything he needs as he grows."

According to Colon, the community came together to locate McCarthy’s grandparents in the aftermath of the shooting, and the couple will help to raise him in the years ahead.

Several more vigils are planned for the community, including the following on Wednesday: 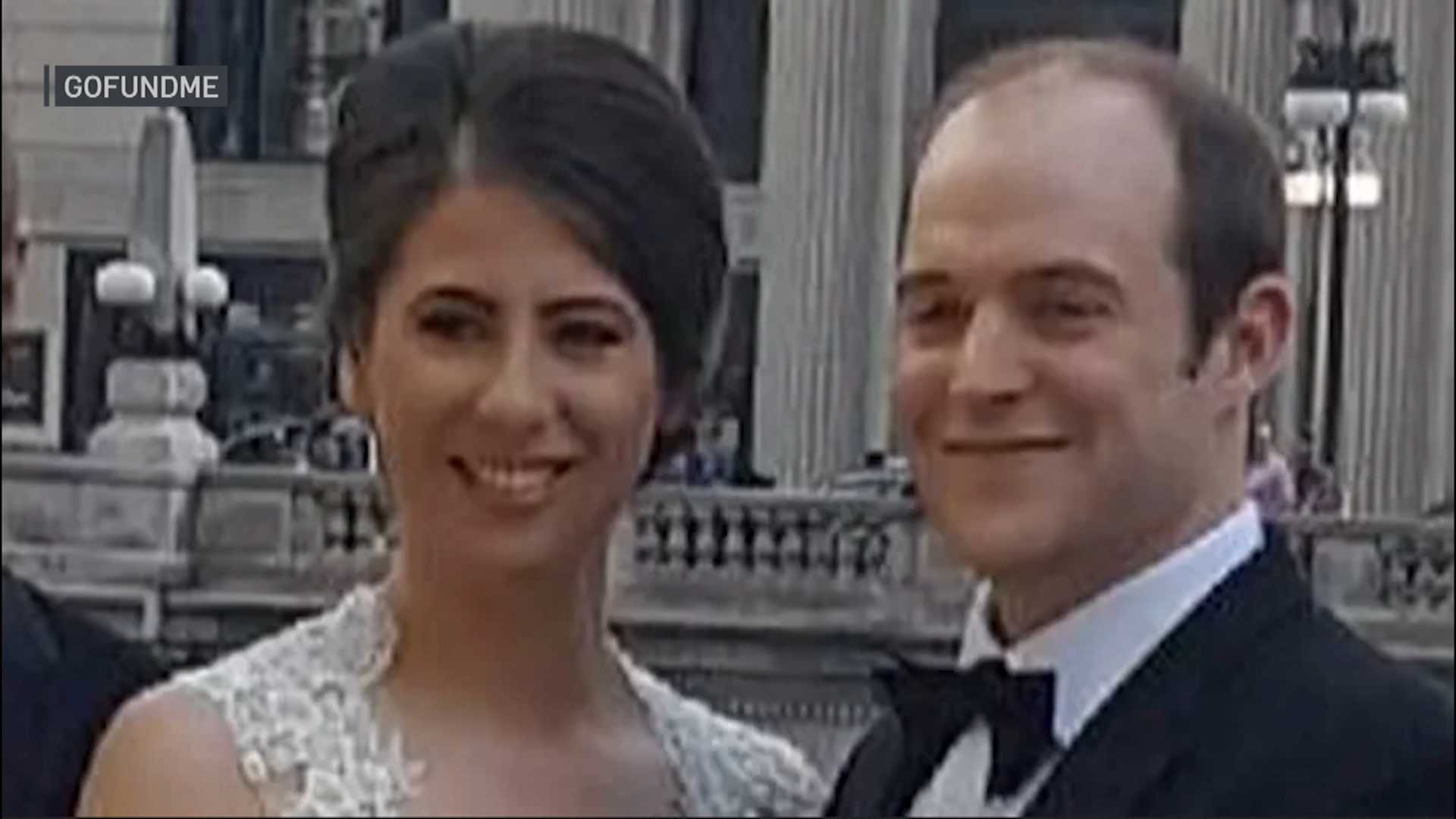 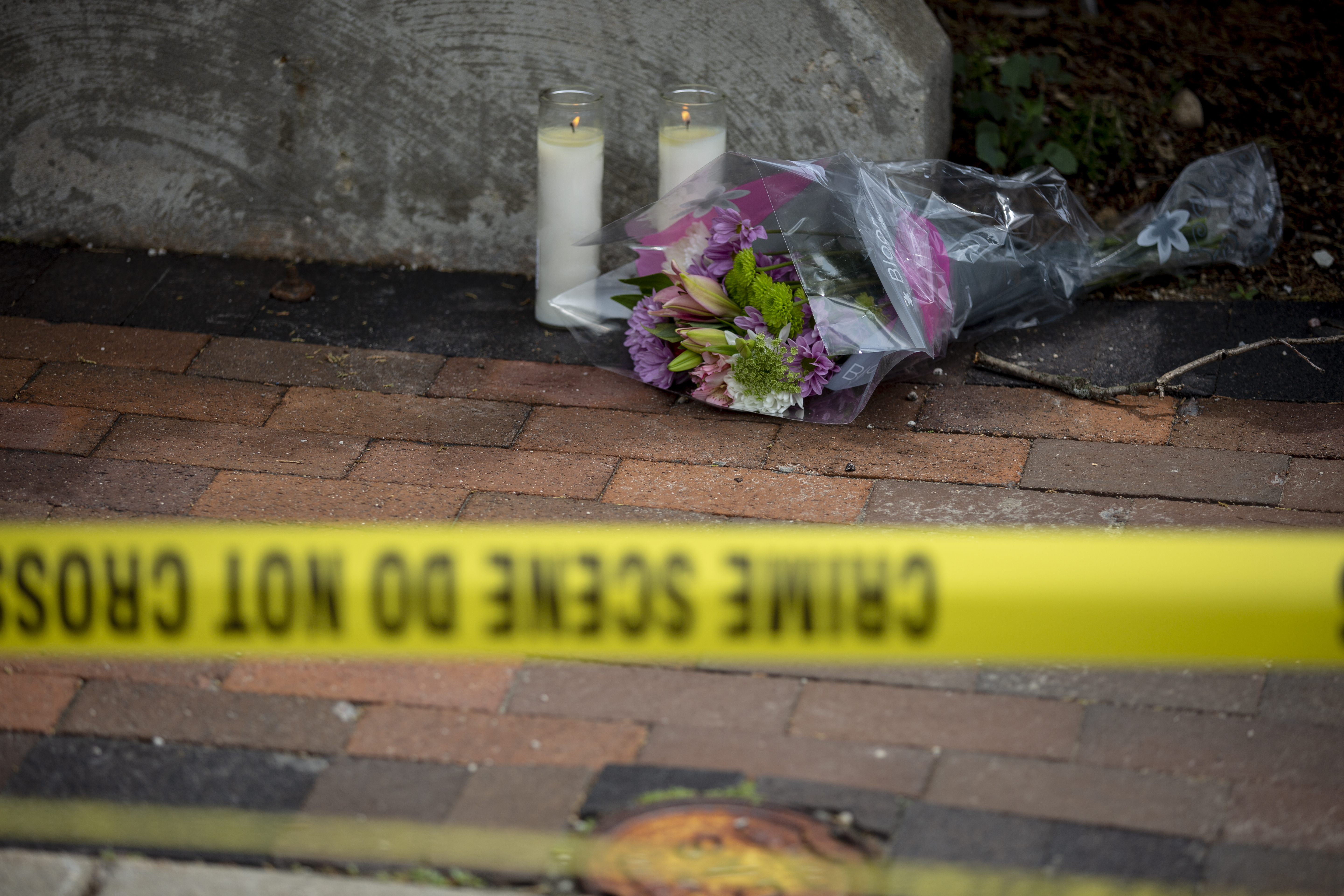 Lake County Major Crimes Task Force spokesman Sgt. Christopher Covelli said the 21-year-old suspect had legally purchased a high-powered rifle before he climbed a fire escape at a business along the suburban Chicago parade route and fired more than 70 times from the rooftop.

"We do believe [the suspect] pre-planned this attack for several weeks," Covelli said. "He brought a high-powered rifle to this parade, he accessed the roof of a business via a fire escape ladder and began opening fire on the innocent Independence Day celebration goers."

Authorities said a gun found at the scene and another rifle found in the vehicle he was driving at the time he was arrested were registered in his name and legally purchased, but a motive for the shooting remains unclear.

A 21-year-old arrested in connection with a mass shooting at a Highland Park Fourth of July parade has been charged with murder, authorities announced Tuesday.

The mass shooting happened less than three years after police went to the suspect's home following a call from a family member who said he was threatening “to kill everyone” there.

At that time, Sgt. Covelli said police confiscated 16 knives, a dagger and a sword, but said there was no sign he had any guns at the time, in September 2019.

Police in April 2019 also responded to a reported suicide attempt by the suspect, Covelli said.

The suspect legally purchased the rifle used in the attack in Illinois within the past year, Covelli said. In all, police said, he purchased five firearms, which were recovered by officers at his father’s home.

Illinois state police, who issue gun owners’ licenses, said the gunman applied for a license in December 2019, when he was 19. His father sponsored his application.

At the time "there was insufficient basis to establish a clear and present danger" and deny the application, state police said in a statement.

State police say that the suspect passed a series of background checks, and no criminal charges aside from a citation for possession of tobacco by a minor were found on his record.

The alleged gunman was ordered held without bond Wednesday during a court hearing.

"He does in fact pose a specific threat to community therefore defendant will be held without bond" the judge said during the hearing.

Tuesday, Attorney Steve Greenberg said his firm -- specifically attorney Tom Durkin -- had been retained by the family to represent both the suspect and his parents following the shooting, which left seven people dead and more than 40 people wounded.

However, during Wednesday's hearing, it was noted that Durkin will no longer be representing the suspect due to conflict of interest, and that the shooter now must retain a public defender.

"I want to continue to emphasize that this is an ongoing and active investigation with all of our law enforcement partners," Lake County Major Crimes Task Force spokesman Sgt. Christopher Covelli said following the hearing.

"If anyone has any surveillance footage whatsoever of the July 4 Highland Park parade, we would urge them to contact the Highland Park Police Department."

It is difficult for people of all ages to come to terms with the mass shooting that occurred during the Fourth of July parade in Highland Park. NBC 5's LeeAnn Trotter spoke with a pediatric psychiatrist about ways to speak to children about what happened.

The disaster proclamation, which remains in effect for 30 days, grants Illinois the ability to expedite the use of state resources, personnel or equipment, according to a release.

“There are no words for the kind of evil that turns a community celebration into a tragedy,” said Pritzker. “As we mourn together, the State of Illinois will provide every available resource to Highland Park and surrounding communities in the days and weeks ahead as the community works to recover from this horrific tragedy.”

For more stories on the Highland Park parade shooting, visit this page.