The U.S. House of Representatives passed a bill Friday to make Washington, D.C., the union's 51st state, marking the first time a chamber of Congress has ever voted in favor of giving the city of 700,000 people voting representation in the legislature.

“With this historic vote, D.C. is closer than we have ever been to becoming the 51st state,” she said in a statement.

The Biden Transition 7 hours ago 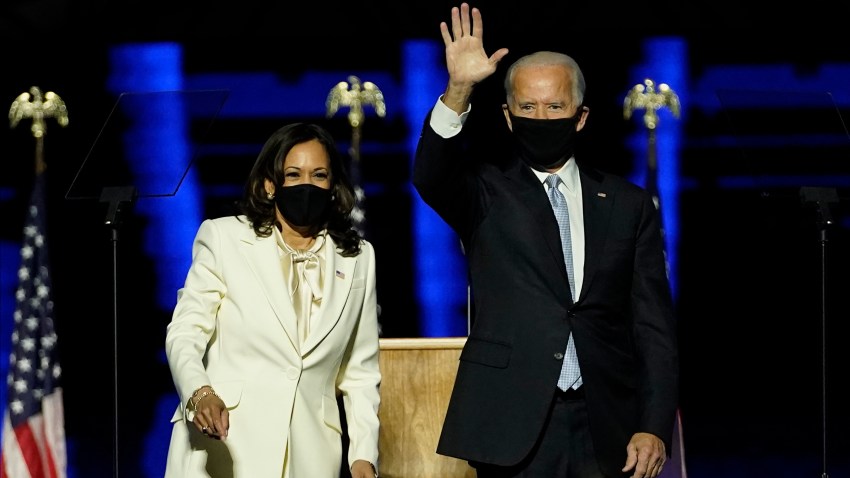 Citing Washingtonian Frederick Douglass, she said, “Power concedes nothing without a demand. And statehood is our demand.

The measure will now go to the Senate. Majority Leader Mitch McConnell has said he won’t bring it to the Senate floor for a vote. Bowser called the block frustrating.

“[Lawmakers] should be asking themselves what is fair and what reflects the principles of the American democracy. D.C. residents being the only people in the free world whose capital city residents aren't represented in the Capitol is simply anti-American,” she said on MSNBC.

Debate on H.R. 51, the statehood bill, was conducted for about two hours Friday morning. D.C.'s nonvoting Del. Eleanor Holmes Norton, who spearheaded the legislation, called for an end to taxation without representation in the District.

"Congress has both the moral obligation and constitutional authority to pass the bill," she said.

House Speaker Nancy Pelosi, Majority Leader Steny Hoyer and other Democrats wore pro-statehood face masks on the floor while speeches were made in support of the bill.

"Statehood for the District is about showing respect for our democracy," Pelosi said.

Rep. Jody Hice, a Republican from Georgia, pointed out the District is a city and said the Founding Fathers made it clear that it's not meant to be a state.

"This District was set apart not to be a state nor to be influenced by one," Hice said.

Rep. Thomas Massie, a Kentucky Republican, said the bill's authors were trying to exploit a loophole by shrinking the federal district and spinning off the rest of D.C. as a state.

"If there's a constitutional way to turn D.C. into a state, this bill is not it," Massie said.

A growing number of Democrats have spoken up in support of statehood since the House bill was introduced in January 2019. The call became even louder after President Donald Trump called in the National Guard to police the streets during protests and unrest following the killing of George Floyd.

Presumptive presidential nominee Joe Biden joined a chorus of Democrats by tweeting on Thursday, "DC should be a state. Pass it on."

About 46% of D.C. residents are Black, which means statehood would give more than 319,000 African Americans voting representation in Congress.

A bill granting statehood to D.C. is expected to be voted on in Congress Friday. House Republicans have added a series of amendments to the bill. News4's Scott MacFarlane reports.

There were several last-minute amendments put forth by Republicans in the House during a rules hearing. They would want D.C. and Maryland to combine to form a new state, the mayor to work with the Treasury to fund changes made for a new flag and D.C. felons to return to the District.

"It is an American issue. The principals of our democracy are based in the fact that every person is represented equally and all those who pay taxes should be represented," Bowser said.

Some of the bill's other details include the D.C. mayor becoming governor, the Wilson Building serving as the state capitol and the District gaining two voting members in the Senate and one in the House of Representatives.

H.R. 51 calls for a new, smaller federal District encompassing the Capitol, the White House and the National Mall.

The vote that would create the Washington Douglass Commonwealth and give full voting rights to residents is expected to fall along party lines.

Bowser refuted that argument when announcing the historic House vote.

"Let's fight back against the cries that we're too liberal or we're too Black or there are too many Democrats. Who we elect is our business," she said.

The Office of Management and Budget said this week that Trump should veto the bill should it reach his desk, focusing on two concerns.

The OMB also said the bill is unconstitutional because of the Twenty-Third Amendment, which allows D.C. residents to vote in presidential elections. The office said that, under the current statehood plan, a small number of people living in the new federal district would receive a disproportionately large number of electoral college votes.

The office further said that the 51st state could have undue influence over the federal government.

Stay with News4 for more on this developing story.