‘I Saw It All': Uvalde Pastor Who Was Gunman's Early Target Recounts Terror in Sermon

When tragedies happen, all the enemy needs is a willing vessel,” Limones told his congregation of about 35, meeting for the first time in an old restaurant converted into a worship space

Gilbert Limones and a coworker at a funeral home were among the first people shot at by the gunman who killed 19 children and two teachers at a Texas elementary school. He’s spent most of his days since helping prepare for the young victims’ burials and consoling shattered families.

On Sunday, Limones swapped his role of funeral attendant for that of a preacher trying to comfort a community and explain horror that defies easy answers. He's also the pastor at Casa El Shaddai, a small church located less than a mile from where the carnage occurred.

“When tragedies happen, all the enemy needs is a willing vessel,” Limones told his congregation of about 35, meeting for the first time in an old restaurant converted into a worship space.

While Limones didn’t suffer any physical injuries, he said he is exhausted and wracked with guilt that he couldn't do something to stop the bloodshed. He has spent hours in tears or prayer, sometimes both at the same time.

Still, Limones tried to find the words to assuage his part of a heavily Hispanic town of 16,000 that's sad, confused and raw with emotion nearly two weeks after the slaughter. Satan brought confusion and hurt, he said, but the faithful have a defense.

“Church, you are armed by this,” he said, holding up a Bible. It was Limones' first sermon since the killing; he was too busy with work at the funeral home to serve last week. 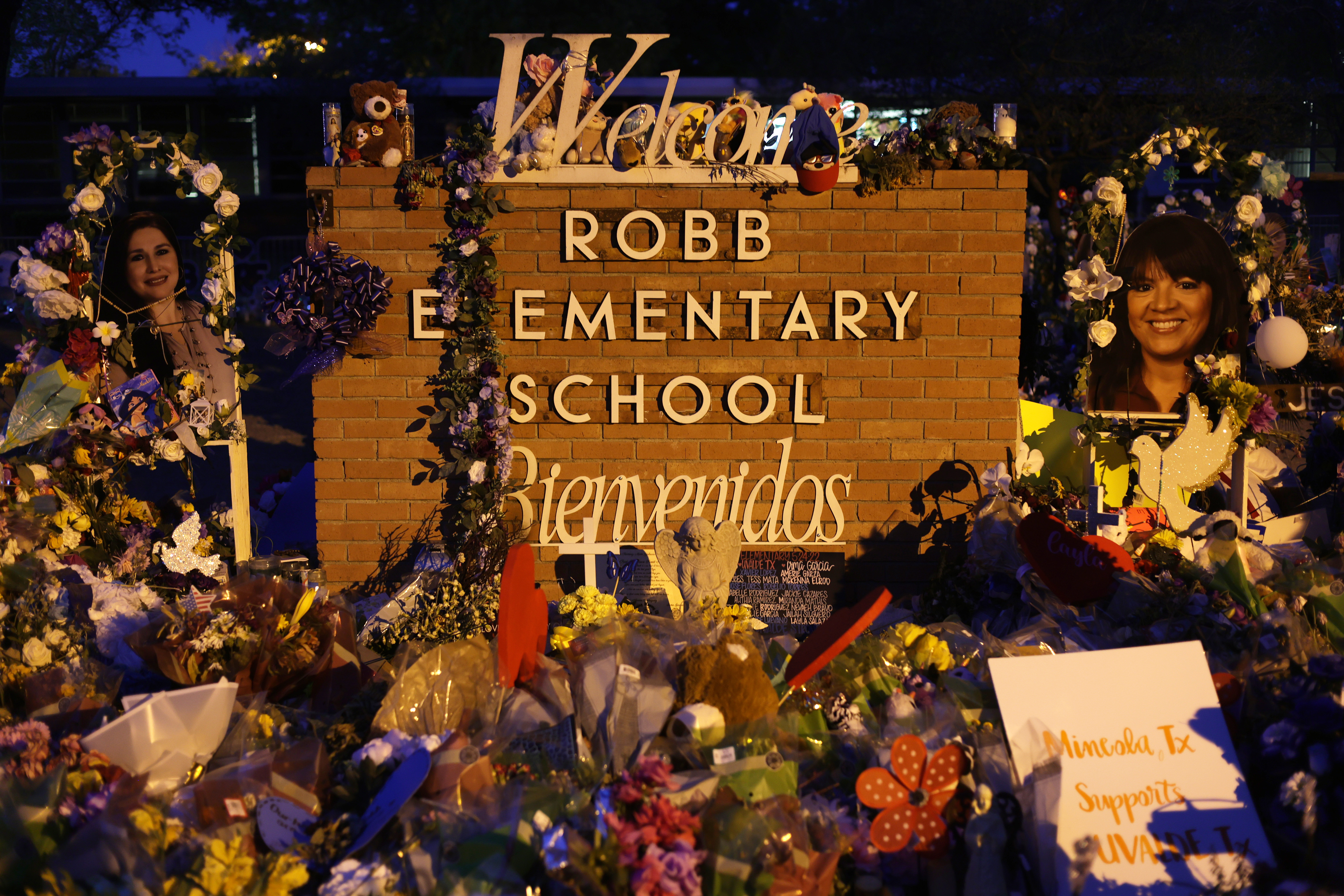 Uvalde Funeral Attendant Who Encountered Gunman Says He Tried to Go After Him, Was Held Back 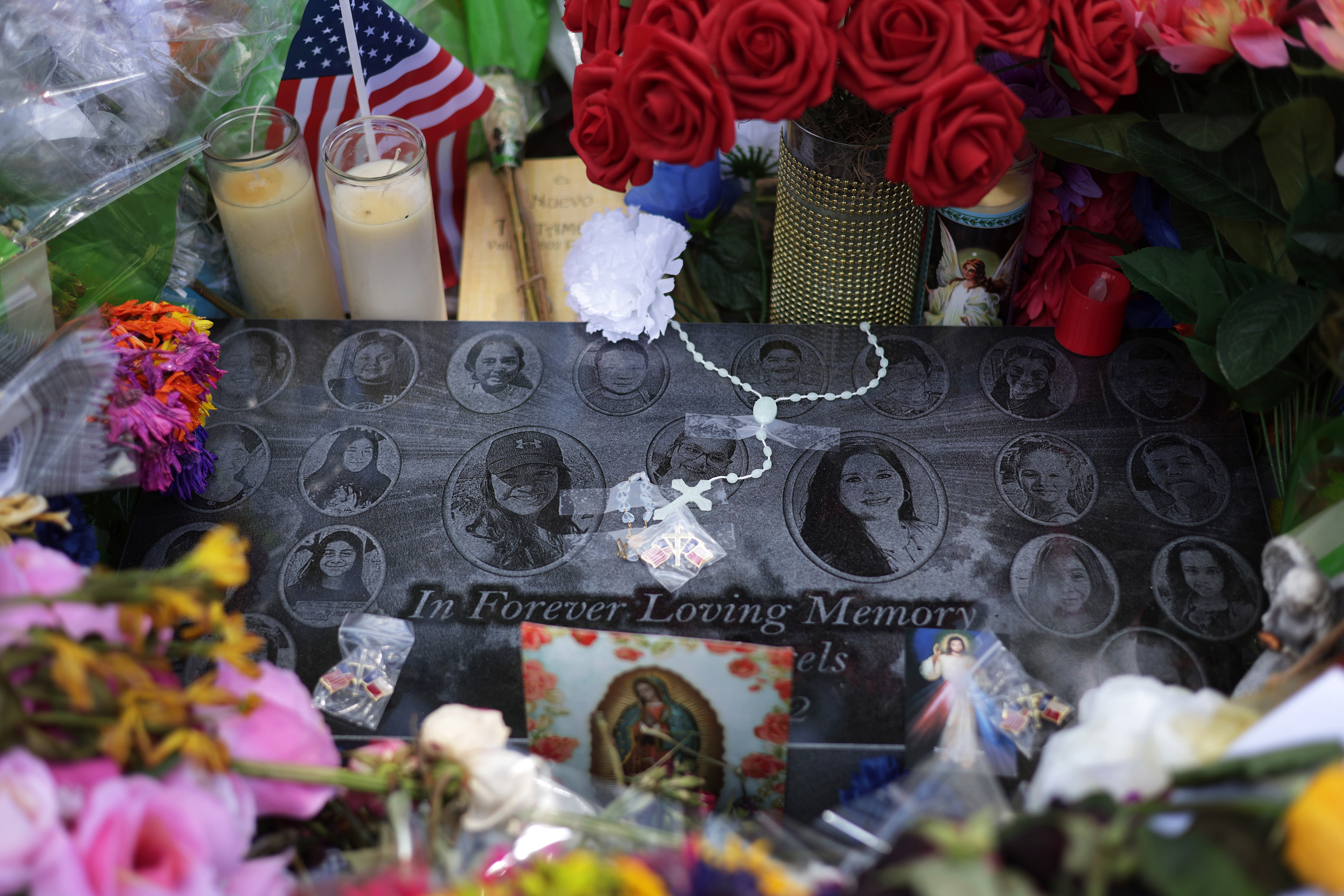 Teachers After Texas Attack: ‘None of Us Are Built for This' Limones, who preaches in both Spanish and English, has salt-and-pepper hair and a smile that’s wide in happy times. He was animated before the congregation, which meets just one right turn and another left away from Robb Elementary School and Hillcrest Memorial Funeral Home. The two sit on opposite sides of Geraldine Street, near where the gunman shot and wounded his grandmother in the face at home before the school attack.

On the morning of May 24, Limones and Cody Briseno, another funeral attendant at Hillcrest, heard a vehicle crash. A gray Ford pickup truck had come to rest in a concrete ditch behind the school and across from the funeral home, and they soon saw a man dressed all in black beside the passenger door, according to a search warrant.

Authorities said Limones and Briseno walked toward the man but retreated when they realized he was putting a magazine into a rifle. A shooter fired multiple times at them.

Limones said he recalls hearing someone yell about a weapon and then turning, only to hear the “pop, pop, pop” of gunfire behind him. The shooter was within about 150 feet (46 meters) of him but missed somehow, Limones said.

Limones said he got away as quickly as he could, cringing at every shot, and calling police as soon as he could. “I was screaming, screaming at 911,” he said.

But the shooter turned the gun on the school's exterior and then entered the building through a door that authorities say didn't lock when a teacher pulled it shut. “I saw it all,” said Limones.

Inside, 19 fourth-graders were fatally wounded along with two teachers as police lining the hallways waited more than an hour to confront and kill the gunman. While nagging questions remain about the police response and exactly what happened in the school, the funerals of the victims began last week, with Hillcrest directing five of them.

So, despite his brush with the killer, Limones went back to his job at the family-owned funeral home, which is small and was quickly overwhelmed. It put out a plea for donations including tissues and cleaning supplies and got help from morticians from outside Uvalde.

Questions and confusion still surround the police response to a mass shooting inside an elementary school in Uvalde, Texas. Jillian Snider, Director of Criminal Justice and Civil Liberties at the R Street Institute and Dr. Donell Harvin, Senior Researcher Rand Corporation join LX News to discuss what went wrong and what could have been done differently.

Jason Horn, a volunteer funeral director from Longview, Texas, described working in shifts with others at Hillcrest to prepare the young victims for burial.

“We had five cases that were extremely difficult cases, and all five families were able to see their babies, and they all decided to go ahead with open caskets,” he said in a video about the effort. Simply compiling obituaries took time: Write-ups and photos of the dead accounted for most of three pages in the Thursday edition of the Uvalde Leader-News.

The most fortunate of the victims at Robb Elementary are recovering. Fourth-grade teacher Arnulfo Reyes, who was hospitalized with gunshot wounds, posted a public message on social media last week thanking friends for their prayers and love.

“I have long journey ahead, but I know I’ll get through it. My thoughts and prayers are with the families who continue to grieve their loved ones,” said Reyes, who runs a small plant and gift store when not teaching.

Others are coping with a mix of emotions. After a school board meeting on Friday night, Angela Turner, the aunt of shooting victim Maranda Mathis, shook with anger as talked about the effect the shooting has had on her family.

“I have a fourth-grader that was in the room next door that’s terrified. My niece died. I have a 6-year-old that just told me, ‘I don’t want to go to school. Why, to be shot?’ I have one going into junior high. I have a third grader,” Turner said. “We want answers to where the security is going to take place. This was all a joke. I’m so disappointed in our school district.”

Another mother, Dawn Poitevent, said her 7-year-old son, who was scheduled to transfer to Robb Elementary next year, is afraid of school now and wants to remain at his current campus.

“What he knows right now is that when he goes to another school he is going to get shot by a bad man,” she said.

It's unclear where Poitevent's son might wind up but it won't be at Robb, which superintendent Hal Harrell has said will not reopen.

In his sermon, Limones said he believes the victims are in a better place, and he recounted the hundreds of people who have come to town with donations of food, water, prayers and more. Uvalde, he said, “is surrounded by love.”

While townspeople are hurting badly right now and seeking answers, he said, they need to come together. God's justice will ultimately prevail.

“You don't think that the shooter is having to speak to our father about what he did?” Limones said.