‘I Trusted the President and That Was a Big Mistake': Jan. 6 Rioters in Their Own Words

Facing prison time, many Jan. 6 rioters admit they were wrong to enter the U.S. Capitol and disavow political violence, despite what former President Donald Trump claims in spreading lies about the attack.

Some directly blame Trump for misleading them and warn Trump supporters not to trust him. Others remain defiant and allege they are victims of so-called cancel culture.

At least 170 rioters have pleaded guilty and more than 70 have been sentenced. One case was dismissed and two others closed after the people charged died. No one has been found not guilty.

A sampling of what they and their lawyers have said in court:

Leonard Gruppo, of Clovis, New Mexico, in a letter to the judge sentencing him. Gruppo, a retired Special Forces soldier, was sentenced to three months' house arrest.

“Why did I enter the Capitol building? I don't have a good answer. I've gone over it a thousand times and I'm still not sure why I didn't recognize what was happening and take alternative action. There were some factors influencing me that day which cannot be discounted. We were told, ‘everyone is going to the Capitol’ and ‘be peaceful.’"

“The entire experience was surreal. I trusted the President and that was a big mistake.”

Robert Palmer, of Largo, Florida, in a handwritten letter. Palmer threw a fire extinguisher and attacked police officers. He was given more than five years in prison.

"I have realized that we, meaning Trump supporters, were lied to by those that at the time had great power, meaning the then sitting President, as well as those acting on his behalf.

“They kept spitting out the false narrative about a stolen election and how it was ‘our duty’ to stand up to tyranny. Little did I realize that they were the tyrannical ones desperate to hold on to power at any cost, even by creating the chaos they knew would happen with such rhetoric.” 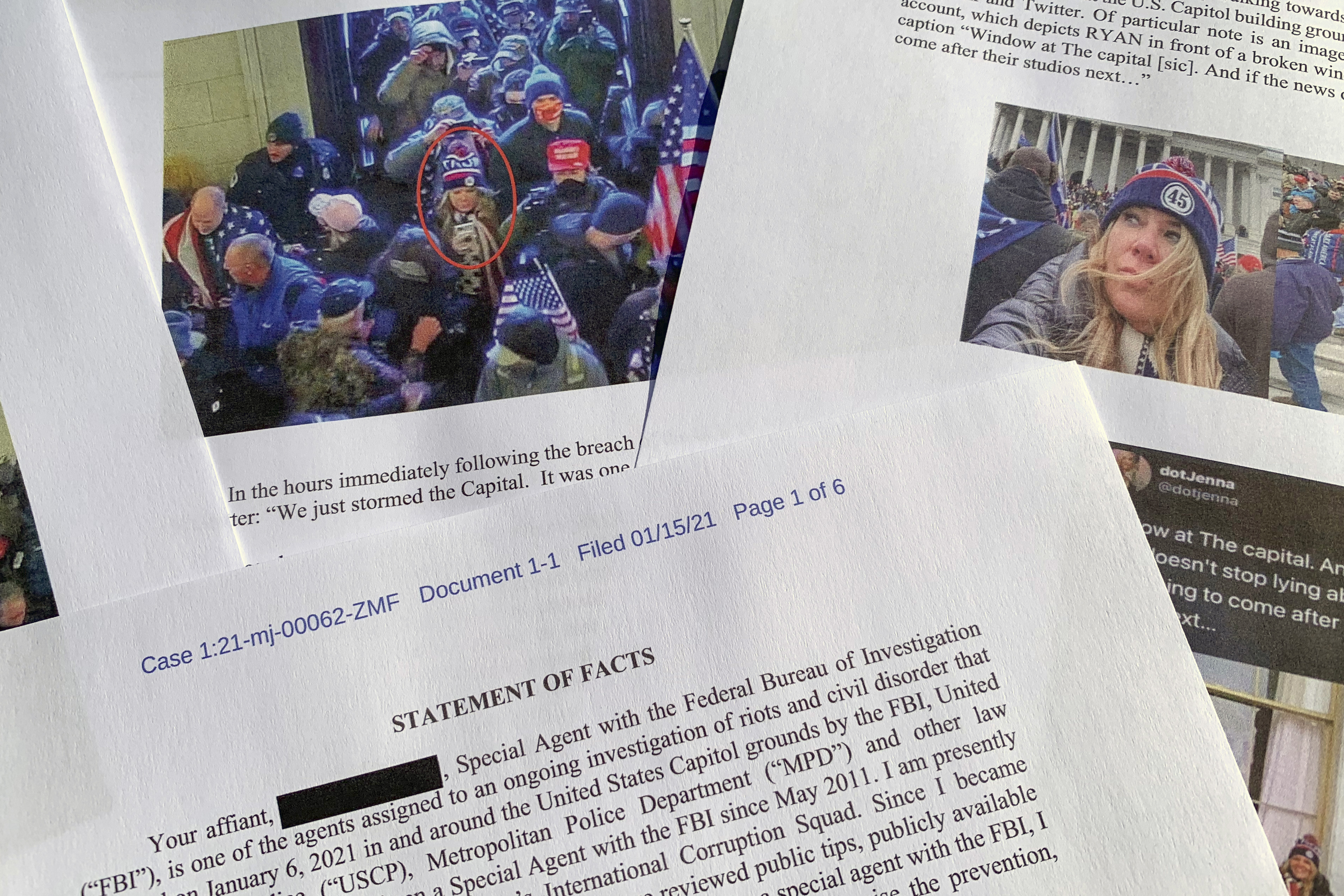 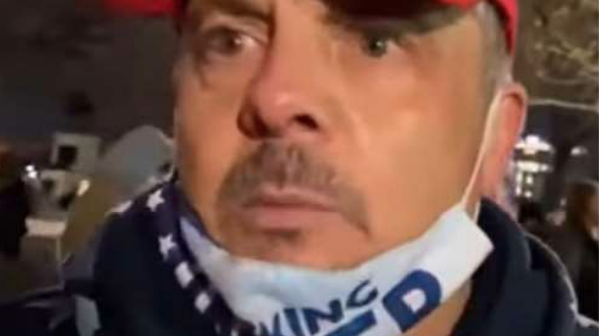 Toughest Sentence Yet for Any Capitol Rioter: Over 5 Years

Dona Sue Bissey, of Bloomfield, Indiana, in a handwritten letter. She was given 14 days in jail.

“I have attended several of Pres. Trump's events without incident. ... My intention that day was to support, not to cause any kind of trouble. I am deeply saddened at the events that transpired on that day and very remorseful that I will forever be associated.”

Valerie Elaine Ehrke, of Arbuckle, California, in a letter to the court. Ehrke was given three years' probation. Trump never went to the Capitol that day.

“The only plan I had was to go to the White House Ellipse to listen to President Trump's speech. He said during his speech that he would be going to the capitol after he spoke and he asked us to walk there together after his speech. I left his speech early to walk back to my hotel room because I was cold. Once back in my room, I saw on the news that people where (sic) at the capitol building. ... Having travelled a long way to attend this rally, I decided to put on an extra layer of clothing and walk to the capitol.”

Attorney Patrick Leduc, writing in a court filing for Paul Allard Hodgkins, of Tampa, Florida, who breached the Senate carrying a Trump campaign flag. Hodgkins was given eight months in prison.

“This country has a long history of the public seeking to punish those who are perceived to have done wrong in 'their' eyes. .... A significant percentage of our population will 'cancel' Mr. Hodgkins because of 15-minutes of bad judgment, casting stones in his directions, all the while never fully realizing their own indiscretions and hypocrisy.”

Jenna Ryan, of Frisco, Texas, in a letter to the court. Ryan received 60 days in jail after posting online that “I have blonde hair white skin a great job a great future and I’m not going to jail.” She told NBC News in an interview published this week that she was being scapegoated “like the Jews in Germany.”

“While I feel badly about unlawfully entering into the Capitol on January 6th, not everything I did that day was bad. Some actions I took that day were good. I came to DC to protest the election results. I wanted my voice to be heard. My only weapon was my voice and my cell phone.

"It is my belief that America is presently in an 'Information War.' This so-called 'war' that I spoke of, using my first amendment rights, is a war that is not fought with weapons, but with words, ideas, constructs and opinions.”

Devlyn Thompson, of Seattle, in a handwritten letter. Thompson, who pleaded guilty to assaulting a police officer with a baton, received nearly four years in prison.

“My conservative creed still remains the same. However, the system of governance, a constitutional republic, and the processes in place for deciding who sits in the Oval Office behind the Resolute Desk transcends any one candidate or party. That peaceful transfer of power and the method set out for achieving it are worthy of protection. My message to fellow conservatives, or any American dissenting with the current administration, is that we must continue our work within the confines of the system and condemn the actions on January 6th as atrocious.”