Inflation Is Painfully High, But Some Relief May Be Coming

More often than not in the last 10 years, inflation was below 2%, and it even scraped below zero during parts of 2015

Inflation is painfully high, but this hopefully is close to as bad as it gets.

Consumer prices rose 6.8% for the 12 months ending in November, a 39-year high. Many economists expect inflation to remain near this level a few more months but to then moderate through 2022 for a variety of reasons. And they don't see a repeat of the 1970s or early 1980s, when inflation ran above 10% for frighteningly long stretches.

Households could even see relief in some areas within weeks. Prices have dropped on global markets for crude oil and natural gas, which is filtering into lower prices at the pump and for home heating. That should keep inflation somewhat in check, even if prices keep rising elsewhere in the economy. 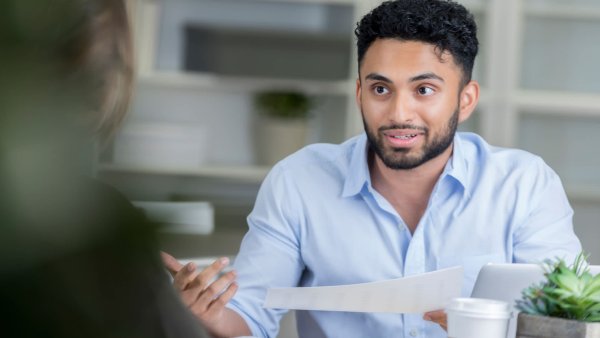 How Inflation Is Changing the 2022 Annual Employee Pay Raise Equation 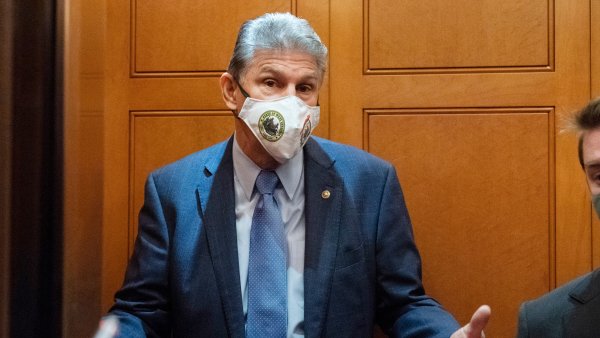 To be sure, economists say inflation will likely stay higher than it was before the pandemic, even after it eases through 2022. More often than not in the last 10 years, inflation was below 2%, and it even scraped below zero during parts of 2015. The bigger danger then was too-low inflation, which can also lead to a weak economy.

“This is not going to be an easy fix,” said Nela Richardson, chief economist at ADP. “Just because inflation will eventually moderate doesn’t mean that prices are going to go down. They’re up. We’re just lowering the rate of change, not the level of prices.”

Russell Price, chief economist at Ameriprise, expects inflation to peak at 7.1% in December and January, for example. After that, he expects the inflation rate to fall toward 4% by the summer and below 3% by the end of the year, but to stay above 2% through 2023.

One reason for the moderation, he said, is improving supply chains. They had become ensnarled when the global economy suddenly returned to life following its brief shutdown, and economists hope increasing availability of everything from computer chips to shipping containers will help inflation to ease.

“It’s in no one’s interests to have the supply chain as disruptive as it has been," Price said.

Inflation reached 30-year high in 2021, in large part due to the pandemic, which caused supply chain issues and surges in consumer demand. But not everything costs way more today than it used to. NBCLX political editor Noah Pransky explains why these eight things cost less today than they did in 2001

Then there's the Federal Reserve. Wall Street expects the Fed to say this upcoming week that it will accelerate its exit from a monthly bond-buying program meant to support the economy. That would open the door for it to begin raising short-term interest rates.

Both the bond buying and low rates are intended to spur borrowing, which gets people and companies to buy more things. That can help drive inflation higher, as demand outstrips supply.

The U.S. government will also potentially offer less aid to households in 2022, whether that's through child tax credit payments or beefed-up unemployment benefits. That could also lead to fewer purchases by Americans, further lessening the pressure on inflation.

Most immediately, Americans should see swings in inflation via energy costs.

A gallon of regular gasoline has fallen about 2.4% over the last month, to a little less than $3.35 per gallon on Friday, according to AAA. That’s progress, though drivers are still paying far higher prices than last year, when a gallon of regular was only $2.16.

The U.S. Energy Information Administration forecasts gasoline will drop again to an average of $3.13 in December and to $2.88 for all of 2022 after averaging $3.39 last month, the highest since 2014.

“That should provide some relief for consumers when they go to fill up their tanks. Now how much relief? That’s really hard to tell,” said Andrew Gross, spokesman for AAA. “It’s really hard to gauge what sort of world events are happening. And it really doesn’t take much to spike oil prices.”

Oil prices have dropped for a number of reasons. On one side, nations have made agreements to boost oil supplies. On the other, the omicron variant of the coronavirus dented expectations for demand on worries it would cause lockdowns and canceled travel. Benchmark U.S. crude oil has fallen nearly 15% since the start of November.

The inflation rate for 2021 is 6.2% as of October, the biggest rise in the consumer price index in 30 years, the Labor Department reported. But what exactly is inflation? And what is causing inflation in 2021?

Home heating costs are also likely to be lower than projected, although bills will still likely be higher than last year, as prices for natural gas fall with other fuels on global markets.

The average cost to heat a home this winter will be an estimated $972, according to Mark Wolfe, executive director of the National Energy Assistance Directors Association. That’s less than the $1,056 his group was projecting in October, but still higher than the $888 consumers paid to heat their homes last year.

“This is a consumer beware situation,” Wolfe said. “Don’t get your hopes up that prices are going to come down to last year’s levels.”

Perhaps the biggest wildcard in where inflation is heading is what happens with workers' wages.

Workers across the country are fighting for higher pay. Deere & Co. employees recently won a deal that will deliver 10% raises immediately, for example.

Usually, companies will try to pass such increases along to their customers through higher prices. And with the unemployment rate low and companies chasing after workers — there were nearly 1.5 job openings at the end of October for every person on unemployment — the pressure may be building for faster wage gains.

On top of that is whether the spike already seen in inflation will scare U.S. households into speeding up purchases to get ahead of any further price increases. That could create its own feedback loop, driving prices higher.

“We’ve seen a real awareness on Main Street that prices have gone up,” ADP's Richardson said.