Abu Akleh was shot and killed earlier this week while covering a military raid in the occupied West Bank for Al-Jazeera. Her death has become a flashpoint after witnesses say she was killed by Israeli forces

Israeli riot police on Friday pushed and beat pallbearers at the funeral for slain Al Jazeera journalist Shireen Abu Akleh, causing them to briefly drop the casket in a shocking start to a procession that turned into perhaps the largest display of Palestinian nationalism in Jerusalem in a generation.

The scenes of violence were likely to add to the sense of grief and outrage across the Arab world that has followed the death of Abu Akleh, who witnesses say was killed by Israeli troops Wednesday during a raid in the occupied West Bank. They also illustrated the deep sensitivities over east Jerusalem — which is claimed by both Israel and the Palestinians and has sparked repeated rounds of violence.

Israel says east Jerusalem is part of its capital and has annexed the area in a move that is not internationally recognized. Israel routinely clamps down on any displays of support for Palestinian statehood.

Thousands of mourners, some hoisting Palestinian flags and chanting “Palestine, Palestine,” attended the funeral for Abu Akleh, who witnesses say was shot and killed by Israeli forces earlier this week while covering a military raid in the occupied West Bank.

Late Friday, the Palestinian public prosecutor said preliminary findings show Abu Akleh was killed by deliberate fire from Israeli troops. The prosecutor said the investigation would continue. Israel's military said earlier Friday that she was killed during an exchange of fire with Palestinian militants, and that it could determine the source of the shot that killed her.

“We die for Palestine to live,” the crowd chanted. “Our beloved home.” Later, they sang the Palestinian national anthem. 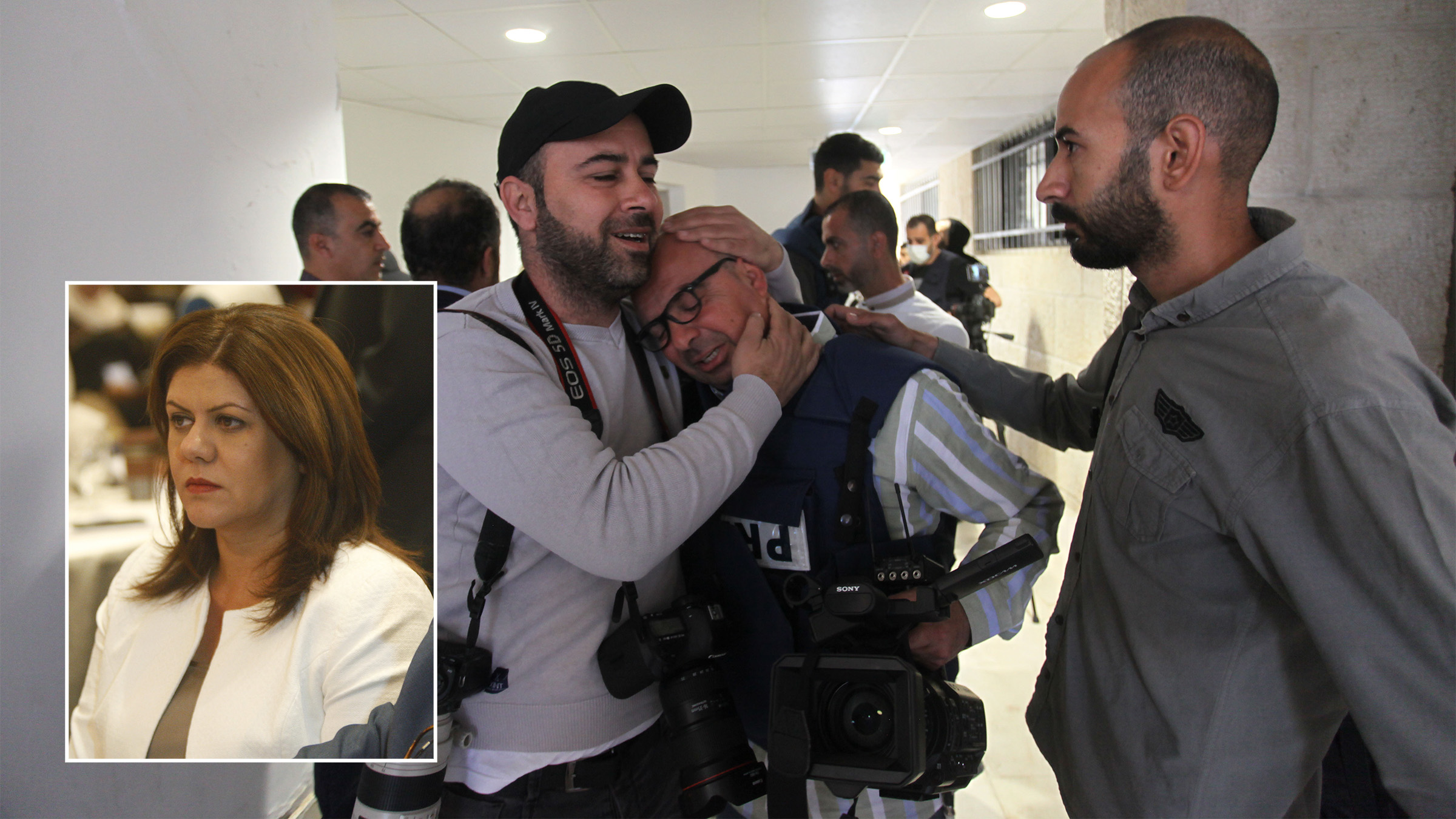 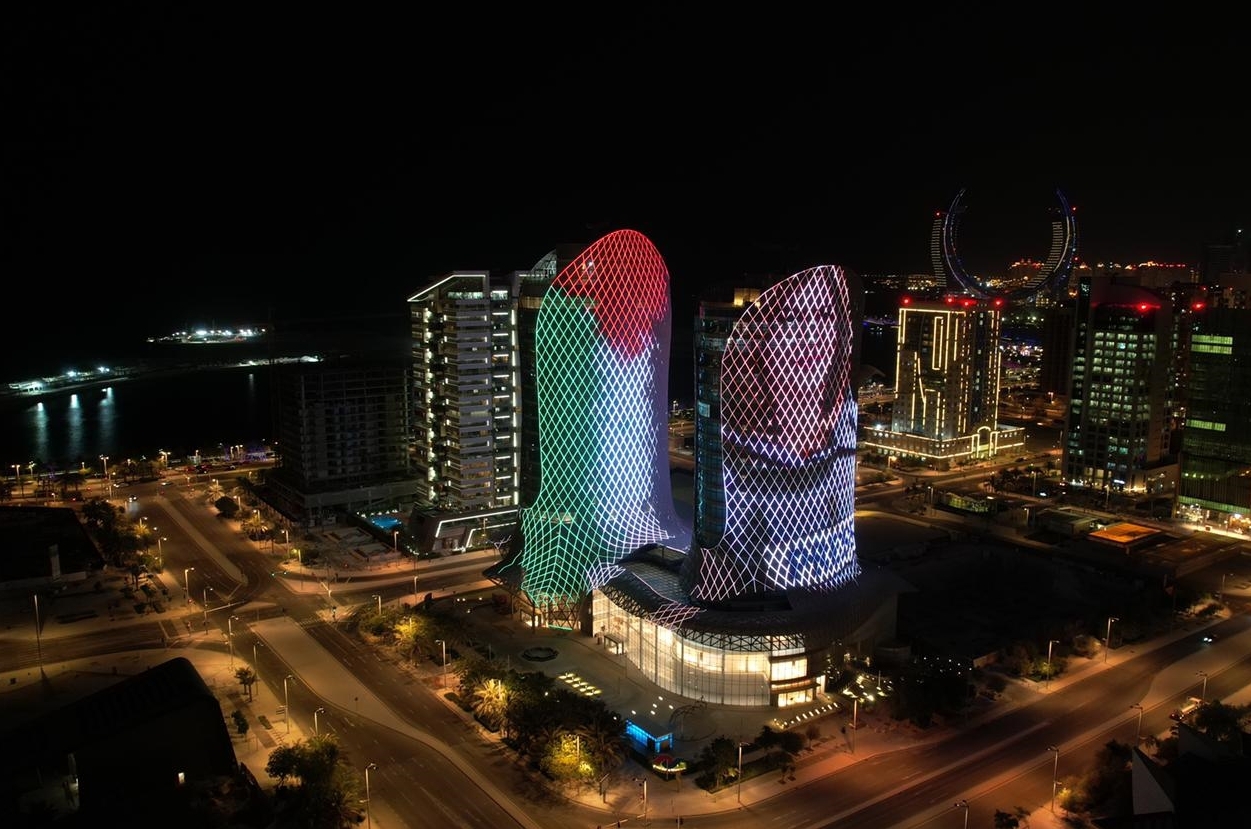 Ahead of the service, dozens of mourners tried to march with the casket on foot out of a hospital to a Catholic church in the nearby Old City.

Police said the crowd at the hospital was chanting “nationalist incitement,” ignored calls to stop and threw stones at police. “The policemen were forced to act,” police said.

Meanwhile, the Israeli military said its initial investigation into Abu Akleh's death showed that a heavy firefight was underway in the West Bank town of Jenin around 200 meters from where she was killed, but that it was unable to determine whether she was shot by Israeli forces or Palestinian militants.

Israel announced that an Israeli policeman was killed in new fighting in Jenin on Friday.

Recent days have seen an outpouring of grief from across the Palestinian territories and the wider Arab world. Abu Akleh was a widely respected on-air correspondent who spent a quarter century covering the harsh realities of life under Israeli military rule, which is well into its sixth decade with no end in sight.

After the heated scene outside the hospital, police allowed the family to drive the casket to a Catholic church in the Old City, which was packed with mourners, before sealing off the hospital and firing tear gas at scores of protesters.

After the service, thousands headed to the cemetery, waving Palestinian flags and chanting “Palestine, Palestine."

Several hours later, she was buried in a cemetery outside the Old City.

Qatar-based Al Jazeera had earlier said that its managing director, Ahmad Alyafei, would travel to Jerusalem to attend the funeral.

Israel has called for a joint investigation with the Palestinian Authority and for it to hand over the bullet for forensic analysis to determine who fired the fatal round. The PA has refused, saying it will conduct its own investigation and send the results to the International Criminal Court, which is already investigating possible Israeli war crimes.

In a statement issued Friday, the military said Palestinian gunmen recklessly fired hundreds of rounds at an Israeli military vehicle, some in the direction of where Abu Akleh was standing. It said Israeli forces returned fire, and that without doing ballistic analysis it cannot determine who was responsible for her death.

“The conclusion of the interim investigation is that it is not possible to determine the source of the fire that hit and killed the reporter,” the military said.

Reporters who were with Abu Akleh, including one who was shot and wounded, said there were no clashes or militants in the immediate area when she was killed early Wednesday. All of them were wearing protective equipment that clearly identified them as reporters.

Either side is likely to cast doubt on any conclusions reached by the other, and there did not appear to be any possibility of a third party carrying out an independent probe.

The PA and Al Jazeera accused Israel of deliberately killing Abu Akleh within hours of her death. Israel says a full investigation is needed before any conclusions can be drawn.

Rights groups say Israel rarely follows through on investigations into the killing of Palestinians by its security forces and hands down lenient punishments on the rare occasions when it does. This case, however, is drawing heavy scrutiny because Abu Akleh was a well-known figure and also an American citizen.

Abu Akleh, 51, had joined Al Jazeera's Arabic-language service in 1997 and rose to prominence covering the second Palestinian intifada, or uprising against Israeli rule, in the early 2000s.

She was shot in the head early Wednesday while covering an Israeli arrest raid in Jenin. Palestinians from in and around Jenin have carried out a series of deadly attacks inside Israel in recent weeks, and Israel has launched near daily arrest raids in the area, often igniting gunbattles with militants.

The Palestinian Health Ministry said 13 Palestinians were hospitalized after being wounded in the fighting, including one who was shot in the stomach. The Israeli military tweeted that Palestinians opened fire when its forces went in to arrest suspected militants. Police said a 47-year-old member of a special Israeli commando unit was killed.

Israel captured the West Bank and east Jerusalem — including the Old City and its holy sites sacred to Jews, Christians and Muslims — in the 1967 war. The Palestinians want both territories as part of their future state. Israel annexed east Jerusalem in a move not recognized internationally and views the entire city as its capital.

Police went to Abu Akleh's family home in Jerusalem the day she was killed and have shown up at other mourning events in the city to remove Palestinian flags.