‘It Is Our Duty': Americans Help Afghans Resettle in New Homeland

Driven by compassion, those pitching in include everyone from volunteers at refugee resettlement agencies to government employees, who are helping on their own

Pleas for help from Afghans have been filling up Caroline Clarin’s phone for days as she works from her rural Minnesota home and tries to provide hope to those who ping heart-wrenching messages of desperation from a world away.

“I’ve been getting messages about hopelessness, and waiting to be killed by the Taliban, and I said it’s not over ‘til it’s over," Raymond said. "And as best as I can from sitting in my comfy chair in Minnesota where I’m safe, I am trying to say ‘please do not give up hope, think of your children, and hold on.’"

Across the U.S., Americans are scrambling to help Afghans fleeing their country after the Taliban's speedy takeover. Driven by compassion, those pitching in include everyone from volunteers at refugee resettlement agencies to people like Clarin and Raymond, who are helping on their own. 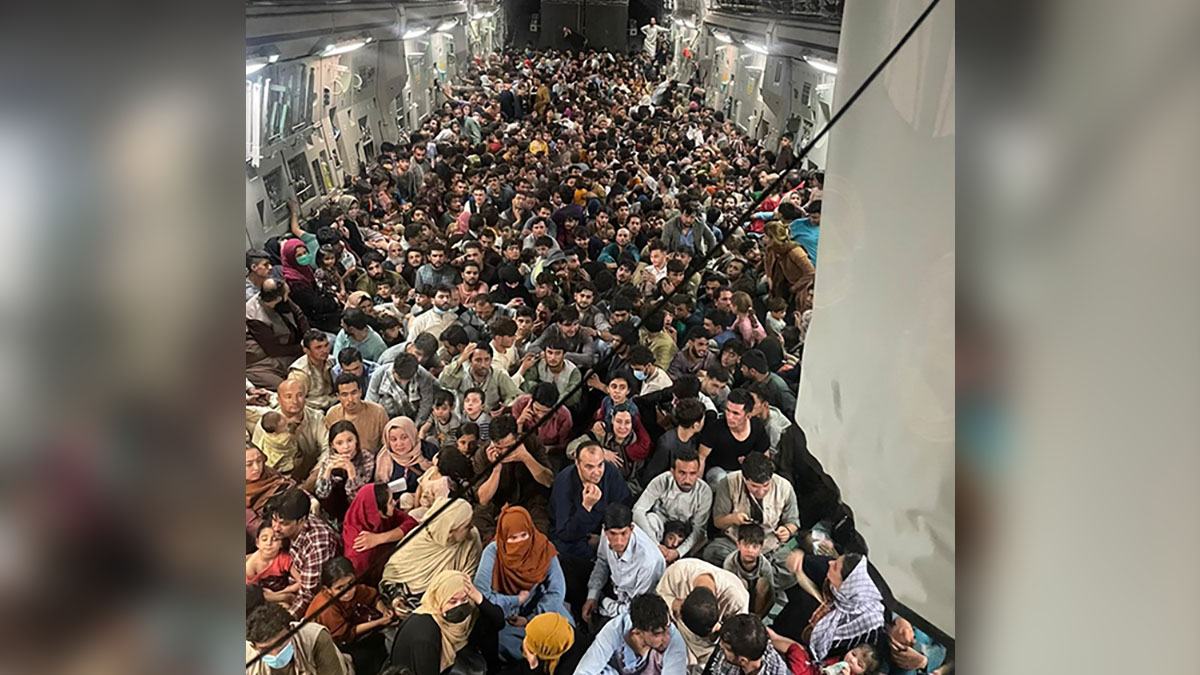 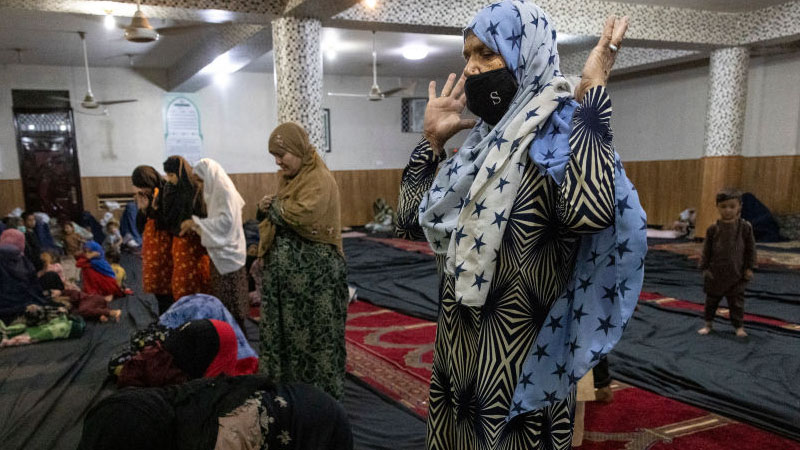 Taliban Vow to Honor Women's Rights But Within Islamic Law

Bonnie Carroll, a veteran who founded the Tragedy Assistance Program for Survivors (TAPS), worked with the State Department to get an Afghan woman and her family on one of the last commercial flights out of the country. The woman, named Bashra, worked with other Afghan women to make fundraising bracelets for TAPS, an organization that provides grief support and casework assistance for American and Afghan families mourning the death of a military loved one.

Bashra landed in Washington, D.C., Tuesday along with dozens of families who fled Afghanistan, NBC Washington reports. She said she was grateful to be in the U.S. and thanked the American people for supporting her.

"It was beautiful just to know they've arrived in America. They're safe," said Carroll.

Russell Smith, CEO of Refugee Services of Texas, said people are calling agencies like his and offering to help as it scrambles to prepare for the arrivals. Normally, he would get at least a week's notice that families are arriving in the cities where they'll be resettled, but that's accelerated.

“It is a little faster than we kind of were ready for, I think, probably than anybody was ready for really,” Smith said of the arrivals.

The agency expects to settle at least 330 Afghans in the next few weeks across its offices in Dallas, Fort Worth, Houston and Austin, NBC DFW reports.

“It's the least that we can do as a country if they have fought for us and sacrificed their lives and their families' lives for us, we can give them a new home,” said Ashley Faye, development director at the Dallas branch.

Since late July, more than 2,000 Afghans have been flown to Fort Lee Army base in Virginia and thousands more are still expected. The Afghans who worked for the U.S. government and their families can qualify for special immigrant visas. Tens of thousands of others who also qualified have been left behind because of a backlog of visa applications.

From Fort Lee, the goal is to move them “as quickly as possible” to the communities where they will start their new life, said Jennifer Sime, a senior vice president at the International Rescue Committee.

Refugees receive temporary food and housing assistance, typically for their first 90 days, from nonprofit organizations operating with a combination of government grants and private donations. They can also get some long-term services such as language classes and citizenship classes, but they are expected to become self-sufficient.

“They have to be very resilient. It’s not easy,” said Stephen Carattini, the CEO of Catholic Charities of the Diocese of Arlington, which for more than 15 years has been annually settling hundreds of Afghan refugees in Northern Virginia. “The basics, being employed, paying their rent, that has to happen very, very quickly.”

The Afghans who worked for Clarin's program in Afghanistan between 2009 and 2011 are eligible for the special immigrant visa as well since their salaries came from the U.S. military.

The program hired Afghans with college degrees in agriculture and other related fields to become trainers who would help provincial governments and farmers improve their productivity and relieve poverty.

But many of their visa applications had not moved forward for years until Clarin fired off emails to senators pointing out the cases. She diligently tracks cases and solicits letters of recommendation.

An Afghan veteran who helped the United States during the war is now trying to get his family safely out of his home country following the Taliban's takeover. He shared his thoughts on America's withdrawal in an interview with NBC10's Danny Freeman.

Clarin also used her retirement funds to pay for the trip so Ihsanullah Patan, a horticulturist, and his family could get out of Afghanistan. They arrived in Minnesota in May.

“It’s the best investment I’ve ever made,” Clarin said, tearing up as she stood next to Patan, who has a wife and four children, ages 4 to 11.

Patan, who had applied in 2016 for the visa, is grateful for the couple he calls family and says “without them, it would have been impossible" to get out.

“Thank God that we are here now,” Patan said, adding that his friends were being killed because they had worked for the U.S.

Krish O’Mara Vignarajah of Lutheran Immigration and Refugee Service, which provided Patan's apartment after the couple contacted them, said Clarin and Raymond “embody the best of the American spirit and the higher call to love our neighbors."

“We couldn’t be more grateful for the outpouring of support from volunteers, advocates, and donors from all walks of life,” O’Mara Vignarajah said.

People can help in many ways, from greeting Afghans at airports and help the families navigate their new life, resettlement agencies say.

Megan Carlton, who works at Refugee Services of Texas, also volunteers her time to set up homes for refugees in the Dallas area. She just finished filling an apartment for a family from Afghanistan who moved in Tuesday.

Over the years, she’s created her own network of people who donate items to furnish the homes, filling them with necessities like pots and pans in addition to extra items like paintings and vases to make it feel like home.

“None of us can control what’s going on over there, but we can control this,” she said. “We can create this home.”

And while the issue of opening the U.S. to refugees has historically been controversial, with some Republicans tying such admission measures to the larger immigration debate, a group of GOP governors has already expressed a willingness to accept Afghans

On Wednesday, Utah Gov. Spencer Cox, a Republican, sent a letter to President Joe Biden offering to help in resettling refugees, especially those who helped U.S. troops, diplomats or journalists.

Republican Govs. Kim Reynolds of Iowa, Phil Scott of Vermont, Charlie Baker of Massachusetts and Brian Kemp of Georgi have all made similar proclamations about taking in refugees.