The Israelis said Kerry's remarks were "skewed against Israel"

U.S. Secretary of State John Kerry said a two-state solution is "the only way to achieve a just and lasting peace" between Israel and Palestinians, and ensure Israel's future "as a Jewish and democratic state," in a farewell speech in Washington on Wednesday.

Speaking forcefully, the outgoing secretary said the status quo in the conflict-torn nation is trending toward one state, with a permanent occupation of lands claimed by Palestinians and a sense of hopelessness among even Israelis that nothing can be done to stop it.

"Here is a fundamental reality: If the choice is one state, Israel can either be Jewish, or democratic. It cannot be both. And it won't ever really be at peace," Kerry said.

“Everyday Chic” Author Molly Sims joined Harry with more on her new book and the experiences that inspired it.

Should a single-state reality come to pass — and he said the two-state solution is already in "serious jeopardy" with Israel continues to expand through settlers — Kerry said the result would be "separate and unequal" situation in Palestinian areas that would be a breeding ground both for despair and extremism.

Leaders in Israel and the U.S. shot back at Kerry's remarks.

In a live broadcast on Israeli TV, Prime Minister Benjamin Netanyahu criticized Kerry for a speech highly critical of Israel at a time when he said the region is "going up in flames." 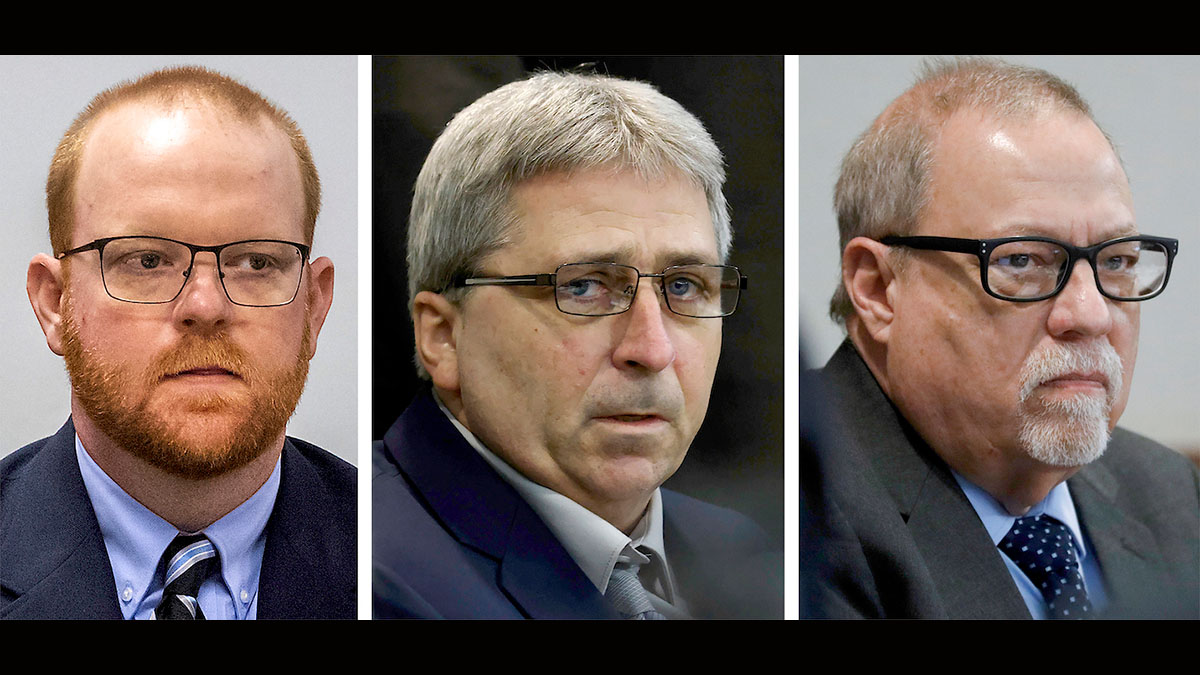 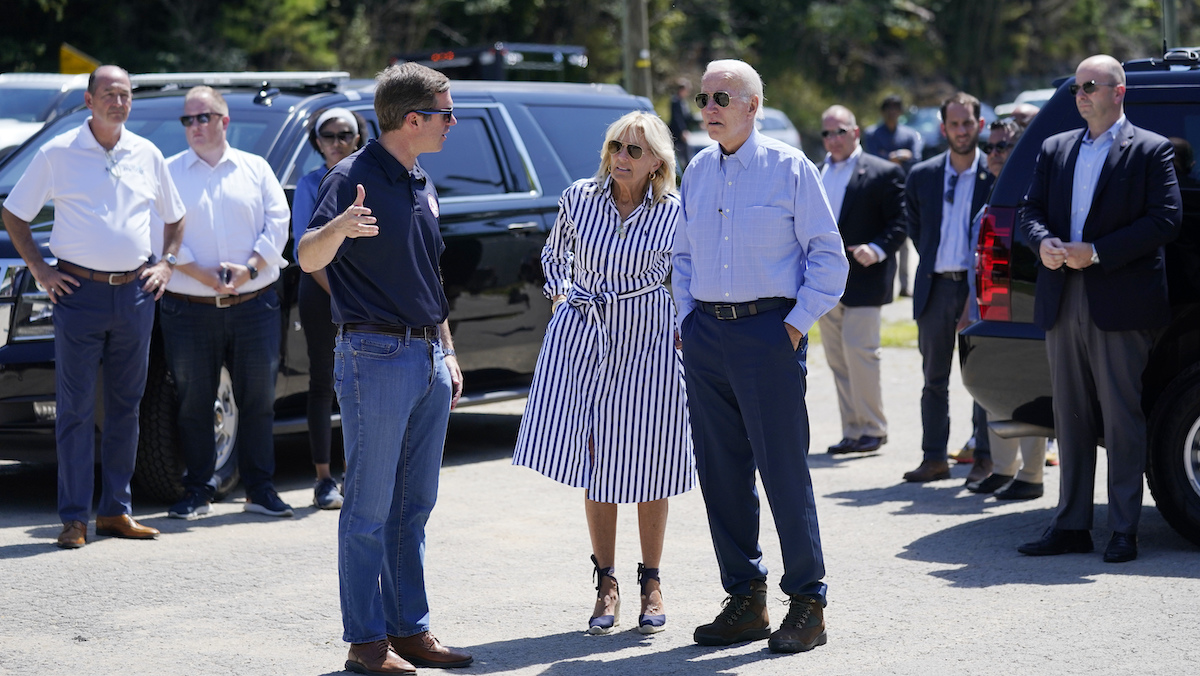 Netanyahu in Hebrew said: "For a full hour, the secretary of state attacked the only democracy in the Middle East."

He accused Kerry of focusing heavily on Israeli settlements, while paying little attention to Palestinian incitement and violence.

Earlier, Netanyahu's office denounced Kerry's remarks as "skewed against Israel" and "obsessively" focused on Israeli settlements, without touching on a supposed Palestinian opposition to a Jewish state.

Israeli Public Security Minister Gilad Erdan called Kerry's speech a "pathetic step" before he was even able to deliver the remarks, further heightening tensions between the two close allies as the Obama administration prepares to leave office.

President-elect Donald Trump continued Wednesday to signal a major policy shift with Israel, taking to Twitter in the morning to urge the nation to "stay strong" until his inauguration January 20, without giving specifics.

President-elect Donald Trump took an unprecedented step of commenting on foreign policy relations after he tweeted to veto a vote on a United Nations resolution declaring Israel’s settlements in Palestinian areas a violation of international law on Dec. 22, 2016.

And Sen. John McCain released a statement calling the speech "at best a pointless tirade in the waning days of an outgoing administration" that could "further Israel's diplomatic isolation and embolden its enemies."

The exchanges were the latest salvo in a toxic exchange following the U.S.'s refusal to veto a U.N. Security Council resolution last week that called Israeli settlements in the West Bank and east Jerusalem a violation of international law. has slammed the resolution, and accused the U.S. of colluding with the Palestinians in drawing it up — claims Kerry denied.

Israel's government was enraged after the U.S. abstained from voting on the U.N. Security Council resolution last week that called Israeli settlements in the West Bank and east Jerusalem a violation of international law. Netanyahu accused the U.S. of colluding with the Palestinians and helping draft the resolution.

The U.S. has vehemently denied those charges. Kerry insisted the U.S. "did not draft or originate" the resolution, introduced by Egypt and later by a handful of other nations.

"The United States did in fact vote in accordance with our values, just as previous administrations have done," Kerry said at the State Department. "The vote in the United Nations was about preserving the two-state solution. That's what we were standing up for."

Kerry delivered the 75-minute farewell speech at the State Department as a follow-up on the U.N. resolution, calling President Barack Obama's administration the most active in promoting Israel's security in American history.

But he said "friends need to tell each other the hard truths, and friendships require mutual respect," arguing that by standing by as the dream of a two-state solution slips away, the U.S. could allow a "dangerous dynamic" to take hold on the ground.

Kerry did propose a path to peace, asserting that Arab leaders are willing to begin the path to normalizing relations with Israel, should it make meaningful progress toward a two-state solution. And he seemed to indicate that recognition of Israel as a Jewish state, which the nation has long sought, could be on the table as part of a peace deal.

After Kerry's speech, the Palestinian president said he is ready to resume peace talks with Israel if it halts settlement construction.

In his first response to Secretary of State John Kerry's Mideast policy speech, President Mahmoud Abbas said he is ready to resume talks "within a specific time frame and on the basis of international law." He said that would include a reference to the U.N. Security Council resolution passed last week, over Israel's objections, that declared settlement construction illegal.

Abbas' comments reiterated longstanding Palestinian positions and did not address the six principles for peace Kerry outlined in his speech.

Next month, France is set to host an international conference where 70 countries, over Israeli objections, hope to endorse an international framework for Mideast peace. Israeli officials fear that the conference's recommendations may then be approved in another U.N. Security Council resolution just before Obama leaves office on Jan. 20.

In a radio interview, Erdan said Kerry's speech was part of a broader effort to hinder the incoming administration of Donald Trump, who has signaled he will have much warmer relations with Israel.

"This step is a pathetic step. It is an anti-democratic step because it's clear that the administration and Kerry's intention is to chain President-elect Trump," Erdan told Israel Army Radio.

Kerry mediated a nine-month round of peace talks that broke down in early 2014 with little progress, and informed his speech on Wednesday.

Trump has already called the U.N. vote a "big loss" for Israel, but Wednesday he doubled down on his criticism of the Obama administration.

"We cannot continue to let Israel be treated with such total disdain and disrespect. They used to have a great friend in the U.S., but.......," he tweeted, continuing, "not anymore. The beginning of the end was the horrible Iran deal, and now this (U.N.)! Stay strong Israel, January 20th is fast approaching!"

Netanyahu soon replied to the tweet, thanking Trump "for your warm friendship and your clear-cut support for Israel!" He tagged two of Trump's children in the tweet as well.

Israeli leaders have made no secret that they are counting on Trump to change U.S. policy. While Trump has not outlined a vision, he has signaled a much more sympathetic approach toward Israel, appointing an ambassador with strong ties to the West Bank settler movement and promising to move the U.S. Embassy from Tel Aviv to Jerusalem, over Palestinian objections.

The international community overwhelmingly opposes Israeli settlement construction in the West Bank and east Jerusalem, territories captured by Israel in 1967 and claimed by the Palestinians for an independent state. The Palestinians, and most of the world, see settlements, now home to 600,000 Israelis, as an obstacle to peace.

Netanyahu says the conflict with the Palestinians, including the fate of the settlements, must be resolved through direct negotiations and says that international dictates undermine the negotiating process.

Despite the Israeli anger, Netanyahu ordered a Jerusalem planning committee to delay a vote on approving construction of some 500 new homes in Jewish developments of east Jerusalem, a city councilman said. Council member Hanan Rubin told The Associated Press that Netanyahu asked to delay Wednesday's vote so as not to antagonize relations with the U.S.

Meanwhile, Oded Revivi, a senior leader of the West Bank settlement movement, called Kerry a "stain on American foreign policy" and "ignorant of the issues."

The Associated Press's Daniel Estrin contributed to this report.