The robots have drawbacks that limit their usefulness for now, but the pandemic has increased their appeal, companies say

Robot food delivery is no longer the stuff of science fiction. But you may not see it in your neighborhood anytime soon.

Hundreds of little robots — knee-high and able to hold around four large pizzas — are now navigating college campuses and even some city sidewalks in the U.S., the U.K. and elsewhere. While robots were being tested in limited numbers before the coronavirus hit, the companies building them say pandemic-related labor shortages and a growing preference for contactless delivery have accelerated their deployment.

“We saw demand for robot usage just go through the ceiling,” said Alastair Westgarth, the CEO of Starship Technologies, which recently completed its 2 millionth delivery. “I think demand was always there, but it was brought forward by the pandemic effect."

Starship has more than 1,000 robots in its fleet, up from just 250 in 2019. Hundreds more will be deployed soon. They're delivering food on 20 U.S. campuses; 25 more will be added soon. They're also operating on sidewalks in Milton Keynes, England; Modesto, California; and the company’s hometown of Tallin, Estonia. 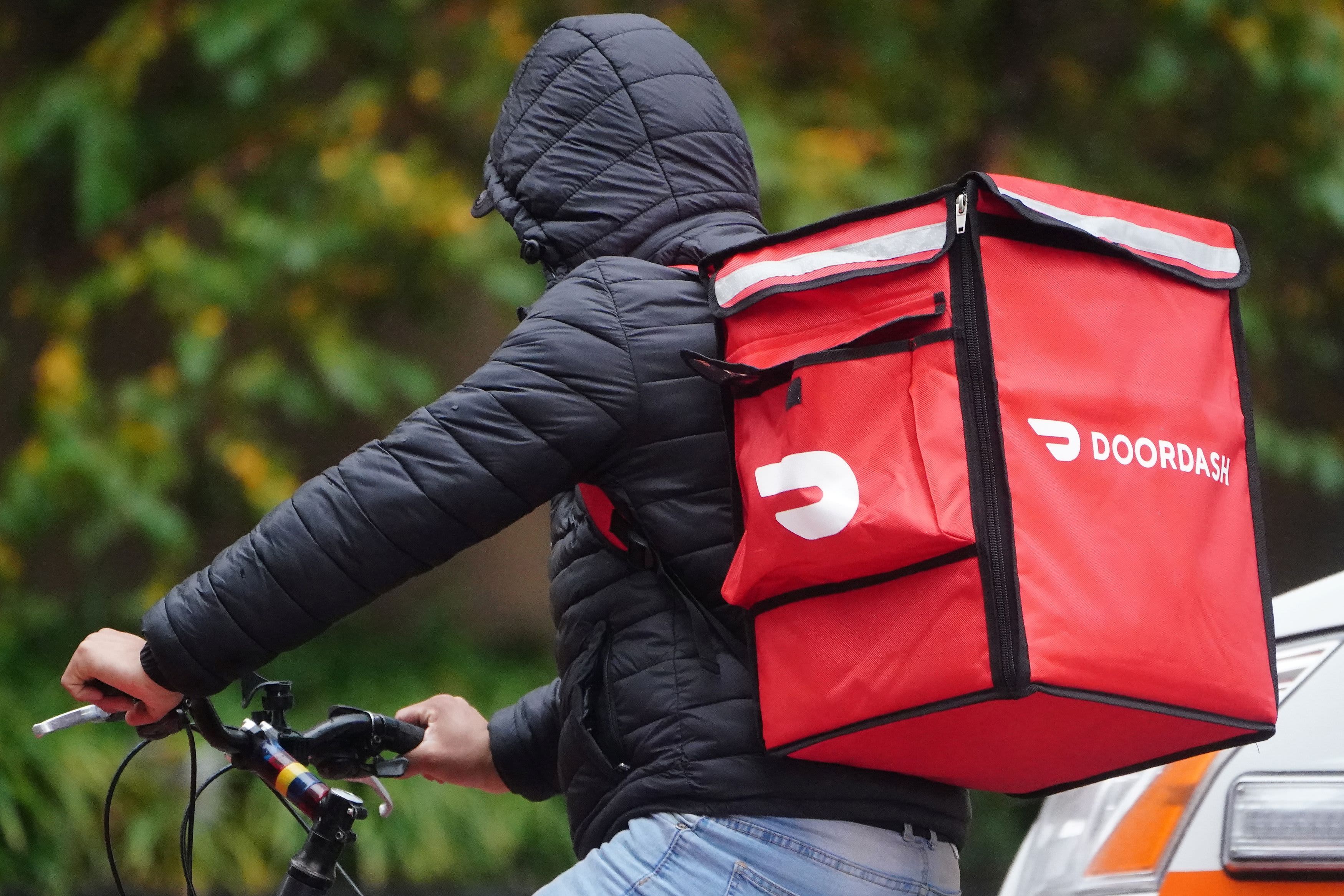 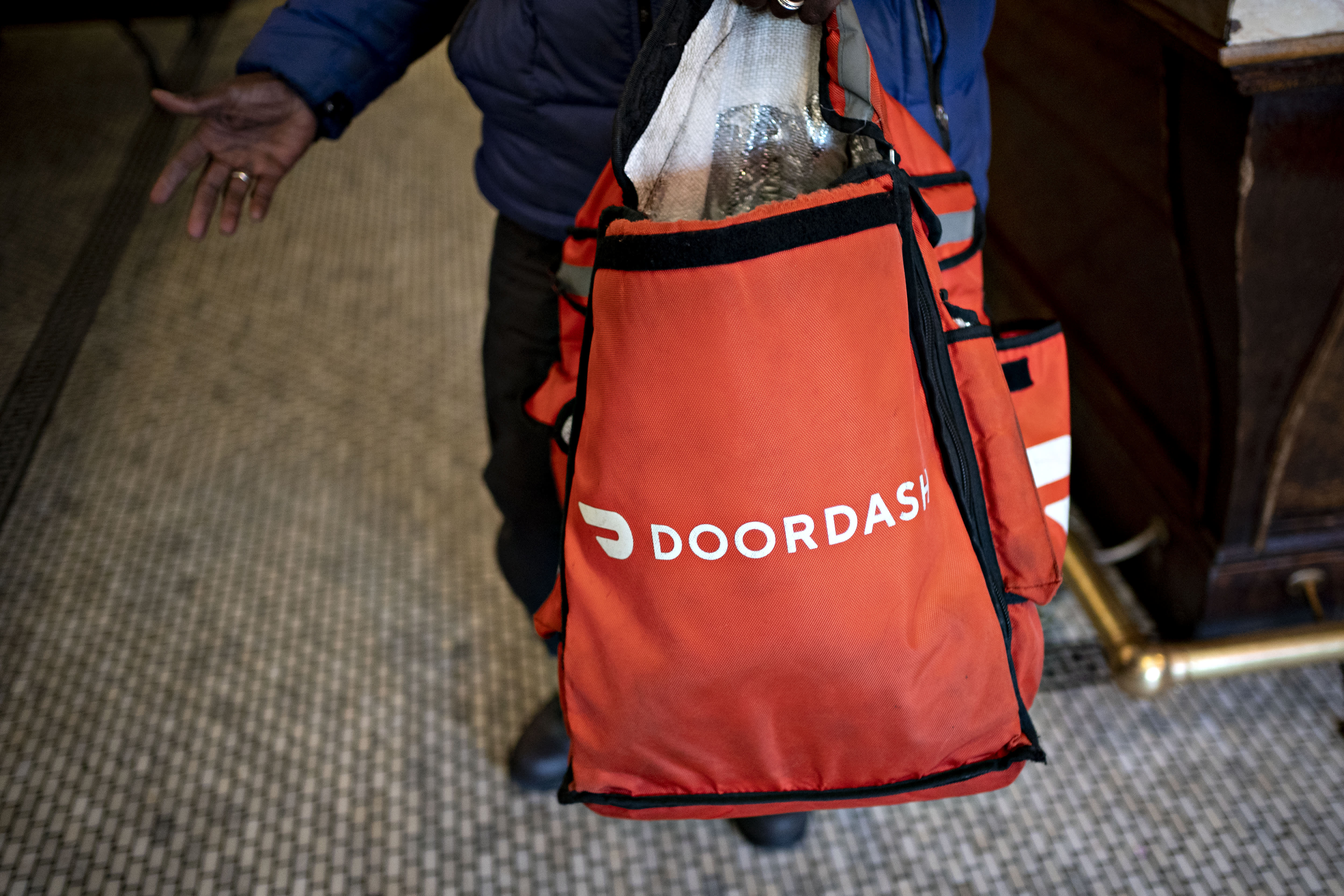 Robot designs vary; some have four wheels and some have six, for example. But generally, they use cameras, sensors, GPS and sometimes laser scanners to navigate sidewalks and even cross streets autonomously. They move around 5 mph.

Remote operators keep tabs on multiple robots at a time but they say they rarely need to hit the brakes or steer around an obstacle. When a robot arrives at its destination, customers type a code into their phones to open the lid and retrieve their food.

The robots have drawbacks that limit their usefulness for now. They’re electric, so they must recharge regularly. They're slow, and they generally stay within a small, pre-mapped radius.

They’re also inflexible. A customer can’t tell a robot to leave the food outside the door, for example. And some big cities with crowded sidewalks, like New York, Beijing and San Francisco, aren’t welcoming them.

But Bill Ray, an analyst with the consulting firm Gartner, says the robots make a lot of sense on corporate or college campuses, or in newer communities with wide sidewalks.

“In the places where you can deploy it, robot delivery will grow very quickly,” Ray said.

Meet Bella the robot. She's about 4 feet tall, always has a smile on her face, and can hold a bunch of trays of food as she wheels across a restaurant to tables. With many workers leaving the restaurant industry, some restaurants are turning to nonhuman help to keep serving customers. LX News Host Nik Z traveled to McKinney, Texas to see Bella in action.

Ray said there have been few reports of problems with the robots, other than an occasional gaggle of kids who surround one and try to confuse it. Starship briefly halted service at the University of Pittsburgh in 2019 after a wheelchair user said a robot blocked her access to a ramp. But the university said deliveries resumed once Starship addressed the issue.

Patrick Sheck, a junior at Bowling Green State University in Bowling Green, Ohio, gets deliveries from a Starship robot three or four times a week as he’s leaving class.

“The robot pulls up just in time for me to get some lunch,” Sheck said. Bowling Green and Starship charge $1.99 plus a service fee for each robot delivery.

Rival Kiwibot, with headquarters in Los Angeles and Medellin, Columbia, says it now has 400 robots making deliveries on college campuses and in downtown Miami.

Delivery companies are also jumping into the market. Grubhub recently partnered with Russian robot maker Yandex to deploy 50 robots on the campus of Ohio State University in Columbus, Ohio. Grubhub plans to add more campuses soon, although the company stresses that the service won’t go beyond colleges for now.

Election Day is over, you’ve cast your ballot… what happens now? Turns out that it’s still a long and winding road to Inauguration Day on Jan. 20. Using something we can all understand — our favorite food delivery apps — NBCLX’s Eric Rodriguez walks us through what happens between you casting your ballot and a president getting sworn in for the next four years.

U.S. delivery orders jumped 66% in the year ending in June, according to NPD, a data and consulting firm. And delivery demand could remain elevated even after the pandemic eases because customers have gotten used to the convenience.

“It’s very cute and novel, and it didn’t have to come face to face with people. It was a comfort,” Kim said. Delivery demand has dropped off since her dining room reopened, but robots still deliver around 10 orders per day.

While Kim managed to hang on to her staff throughout the pandemic, other restaurants are struggling to find workers. In a recent survey, 75% of U.S. restaurant owners told the National Restaurant Association that recruiting and retaining employees is their biggest challenge.

That has many restaurants looking to fill the void with robot delivery.

Dawn Avatar Robot Cafe in Japan is staffed by robot waiters that are controlled remotely by people with disabilities.

“There is no store in the country right now with enough delivery drivers,” said Dennis Maloney, senior vice president and chief digital officer at Domino’s Pizza.

Domino’s is partnering with Nuro, a California startup whose 6-foot-tall self-driving pods go at a maximum speed of 25 mph on streets, not sidewalks. Nuro is testing grocery and food delivery in Houston, Phoenix and Mountain View, California.

Maloney said it's not a question of if, but of when, robots will start doing more deliveries. He thinks companies like Domino's will eventually use a mix of robots and drivers depending on location. Sidewalk robots could work on a military base, for example, while Nuro is ideal for suburbs. Highway driving would be left to human workers.

Maloney said Nuro delivery is more expensive than using human drivers for now, but as the technology scales up and gets more refined, the costs will go down.

For cheaper sidewalk robots — which cost an estimated $5,000 or less — it's even easier to undercut human delivery costs. The average Grubhub driver in Ohio makes $47,650 per year, according to the job site Indeed.com.

But robots don’t always cost delivery jobs. In some cases, they help create them. Before Starship’s robots arrived, Bowling Green didn’t offer delivery from campus dining spots. Since then, it has hired more than 30 people to serve as runners between kitchens and robots, Bowling Green dining spokesman Jon Zachrich said.

Brendan Witcher, a technology analyst with the consulting firm Forrester, says it’s easy to get excited about the Jetsons-like possibility of robot delivery. But ultimately, robots will have to prove they create an advantage in some way.

“It’s possible that we see this emerge into something else,” he said. “But it’s the right time and place for companies considering robots to test them and learn from them and do their own evaluation.”

On Wednesday, the Food and Drug Administration asked companies to gradually lower sodium in 163 processed foods.