More than 20 percent of attendees at one Suffolk County Fourth of July party contracted the virus; 42 percent of new cases there are people age 30 or younger

Daily death tolls have dropped to the single digits in recent weeks, down from an 11-day stretch of "hell" in April, according to the governor, where nearly 800 New Yorkers were dying a day. New York City accounts for the lion's share of the state's confirmed deaths (65 percent) and adds another 4,616 fatalities that were probably attributable to the virus but were never connected via diagnosis.

Cuomo acknowledges the state's actual death toll is likely much higher -- and warns it could grow more if New Yorkers don't continue the mitigation measures like masks and social distancing that he says bent the curve in the first place.

"New Yorkers brought the curve down by making big changes, and we see that work reflected in the numbers every day," Cuomo said Wednesday. "But we must continue to be smart - by wearing a mask, social distancing and washing our hands. We cannot go back to the hell we experienced three months ago, so please stay vigilant and New York Tough."

Lacking compliance in parts of the state is already fueling new outbreaks. Parties over the Fourth of July weekend on Long Island have contributed to a sudden surge in COVID-19 cases, some of which may be due to disregard for social distancing or mask-wearing measures, officials said. 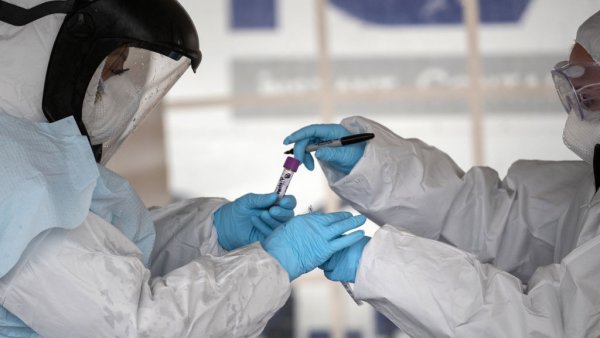 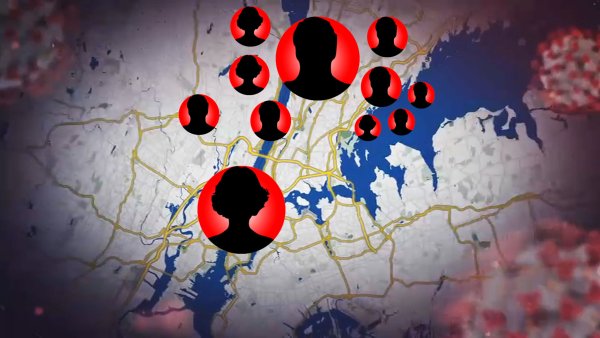 Contact tracing teams zeroed in on one party in Holtsville, in Suffolk County, where nearly a quarter of the attendees later tested positive for coronavirus. While county officials say none of the parties were particularly large, and all were under the 50-person state threshold for gatherings, the behavior of the individuals is helping drive Suffolk's infection numbers in the wrong direction.

"We need everyone to follow the guidance if we're going to beat this virus. If you somehow thought that the fight was done, that this was over — think again," said Suffolk County Executive Steve Bellone.

Bellone pointed out that the number of new daily positive COVID cases topped 100 Monday in Suffolk County for the first time since the end of May. Additionally, 42 percent of new cases are people ages 30 or younger, he said. That includes 10 county lifeguards who seemingly contracted the virus away from their jobs at the beach.

"If this trend continues, if these numbers continue to rise, it means that more lives will be lost to this virus," Bellone said.

Cuomo echoed those sentiments Tuesday. He said he was concerned that infection rates were "alarmingly" rising among 20-somethings in New York and reminded young people who don't feel they need to wear masks that, in no uncertain terms, "YOU ARE WRONG."

"It only takes one person at one party to spread COVID," he added later. "Wear a mask and be smart. It's the only way to continue to keep one another safe."

Other than Holtsville, county officials have declined to say where the other parties occurred. They did say that Fire Island, home to a large number of Fourth of July parties seen with packed crowds on social media, was not among them.

The daily spot positivity rate in Suffolk County Monday, the most recent data available, was 2 percent. That's double what the county had seen for several weeks, though Cuomo would caution it's a single-day number and shouldn't be overvalued. Suffolk County has confirmed 1,993 COVID deaths to date, making it the 11th deadliest virus county in the country, according to data from Johns Hopkins. It hasn't seen a fatality, though, in the last four days.

In total, it has confirmed nearly 42,500 COVID cases as of Wednesday. Neighboring Nassau County has a slightly higher case total as well as a higher confirmed death toll (2,190).

Long Island is now in Phase IV of Cuomo's reopening plan, which allows low-risk indoor and outdoor venues to reopen like museums, aquariums and zoos. The governor said last week malls could also reopen in Phase IV regions if they have certain air filtration systems in place to ensure the virus doesn't recirculate.

Team coverage of the coronavirus crisis.

There is is still one part of the state that has not yet made it to Phase IV, and now there are signs it may not get there any time soon. NYC remains in Phase III, and Mayor Bill de Blasio acknowledged Wednesday that the nationwide COVID spike has cast fresh doubt on the city's next phase of reopening — an unsettling sign as the Bronx Zoo and other cultural institutions had targeted openings as soon as July 20. The zoo said it would push back its opening if directed.

Ultimately, the call whether or not to move NYC along into Phase IV rests with Cuomo. The mayor said there's a chance that, just like with indoor dining during Phase III, there may be aspects of Phase IV that have to wait.

Like New York, New Jersey has experienced an uptick in young people testing positive over the last few weeks. Gov. Phil Murphy said Wednesday there have been documented reports of indoor house parties, adding, "We cannot allow this to happen."

As for masks, Murphy's message remains crystal clear: "Folks are trying to politicize wearing a mask when the science proves to us to wear a mask. If there's a sense of the politicization of wearing a mask, all you get are people who are dead."