Family members sobbed openly at a news conference as more than 1,000 people gathered not far away for an NAACP-led protest outside the Georgia Capitol.

Pleading through tears Monday, the family of a black man killed by Atlanta police outside a drive-thru demanded changes in the criminal justice system and called on protesters to refrain from violence amid heightened tensions across the U.S. three weeks after George Floyd's death in Minneapolis.

An autopsy found that 27-year-old Rayshard Brooks was shot twice in the back late Friday by a white officer who was trying to arrest him at a fast food restaurant for being intoxicated behind the wheel of his car. Brooks tried to flee after wrestling with officers and grabbing a stun gun from one of them.

"Not only are we hurt, we are angry,” said Chassidy Evans, Brooks’ niece. “When does it stop? We’re not only pleading for justice. We’re pleading for change.” 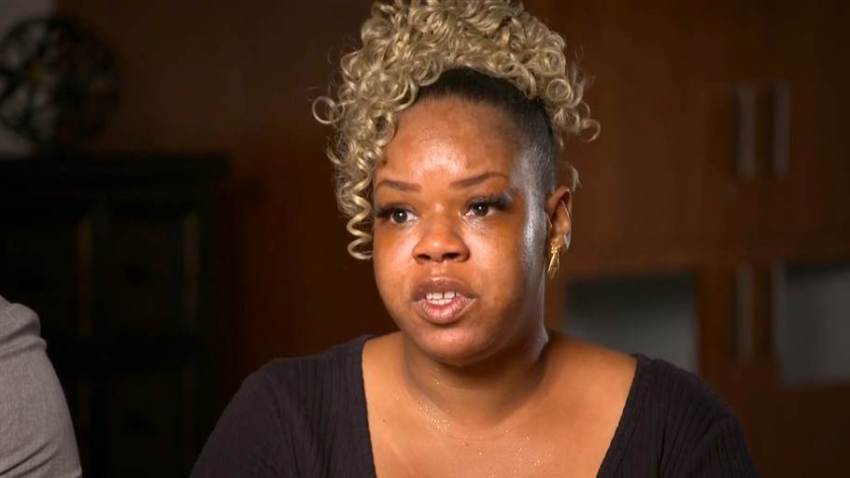 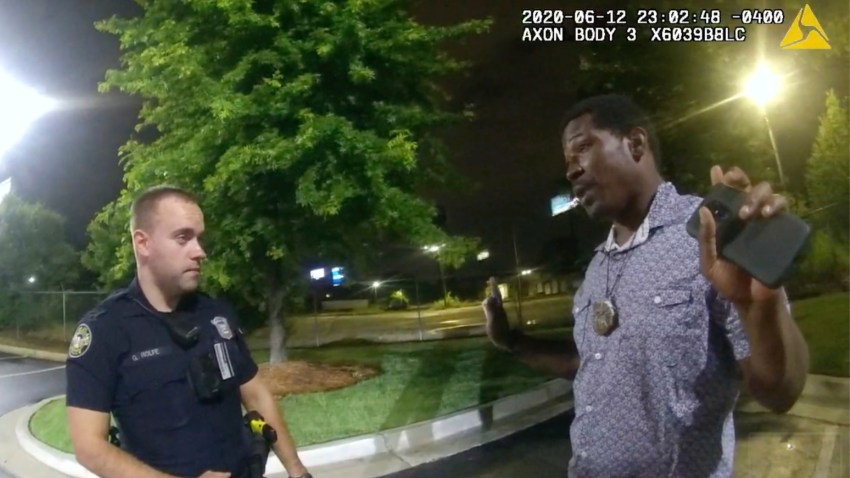 Police Killing of Rayshard Brooks in Atlanta Ruled a Homicide

About 20 of Brooks’ children, siblings, cousins and other family members sobbed at a news conference as more than 1,000 people gathered not far away at an NAACP-led protest outside the Georgia Capitol.

Floyd's death May 25 after a white Minneapolis officer pressed his knee into the black man's neck touched off demonstrations and scattered violence across the U.S., and Brooks' killing rekindled those protests in Atlanta. The Wendy’s restaurant where Brooks was shot was burned down over the weekend.

Evans said there was no reason for her uncle “to be shot and killed like trash in the street for falling asleep in a drive-thru.”

"Rayshard has a family who loves him who would have gladly come and got him so he would be here with us today,” she said.

Relatives described Brooks as a loving father of three daughters and a stepson who had a bright smile and a big heart and loved to dance. His oldest daughter learned her father was slain while celebrating her eighth birthday with cupcakes and friends, wearing a special dress as she waited for Brooks to take her skating, said Justin Miller, an attorney for the family.

It’s easy to get discouraged about racial injustice in America. But here are three signs of progress that show the protests happening across the country are making a real difference.

“There’s no justice that can ever make me feel happy about what's been done," said Tomika Miller, Brooks' widow. "I can never get my husband back. ... I can never tell my daughter he’s coming to take you skating or for swimming lessons.”

She asked those demonstrating to “keep the protesting peaceful,” saying: “We want to keep his name positive and great.”

The NAACP protest took place as lawmakers returned to work after a three-month coronavirus shutdown. Several Democratic lawmakers joined protesters and called for Georgia to pass reforms including the repeal of the state's citizen's arrest and stand-your-ground laws.

While some Republican leaders pushed back against swift action on some proposals, GOP House Speaker David Ralston endorsed rapid passage of a hate-crimes law, telling lawmakers that failure to act would be "a stain on this state we can never wash away.”

Morgan Dudley, 18, skipped work to join the demonstration after her job kept her from joining prior Atlanta protests following Floyd's death three weeks ago.

“I was like, ‘You know what? This is not a trend. This is an actual problem that we’re facing,’" said Dudley, who is black.

Officials nationwide are responding to calls for reform while protests persist.

In Chicago, Mayor Lori Lightfoot said a panel of residents, activists and one police official will review the Police Department's policy on when officers can use force. Albuquerque, New Mexico, Mayor Tim Keller said he wants a new department of social workers and civilian professionals to provide another option when someone calls 911.

In Seattle, an “autonomous zone” set up by protesters pushing for change again drew scorn from President Donald Trump, who said similar protests could spread to other cities. He urged Washington Gov. Jay Inslee, a Democrat, to send in National Guard troops to deal with demonstrators who have staked out several blocks for more than a week. The area has a street festival vibe, and people, including police, come and go freely.

“If they don’t do the job, I’ll do the job,” Trump said, without providing specifics.

In the Atlanta shooting, Officer Garrett Rolfe, who fired the shots that killed Brooks, was fired, and the other officer at the scene, Devin Brosnan, was put on desk duty. Police Chief Erika Shields resigned a day after the shooting.

Fulton County District Attorney Paul Howard said he hopes to decide by midweek whether to charge the officers. The Georgia Bureau of Investigation was took over the investigation.

Police had been called to the fast food restaurant because of complaints that a car was blocking the drive-thru lane. An officer found Brooks asleep in the car.

Police video showed Brooks cooperating with the officers for more than 40 minutes until a breath test determined his blood-alcohol level was over the legal limit. When one of the officers moved to handcuff him, Brooks tried to run and the officers took him to the ground.

Brooks broke free and took off with a stun gun but was shot. Rolfe told authorities that Brooks had fired the stun gun at him.

Asked why Brooks ran, family attorney L. Chris Stewart suggested that he may have feared for his life.

L. Chris Stewart, an attorney for Brooks' family, said in an interview Monday on NBC's TODAY show that the use of deadly force was unjustified because officers knew Brooks didn't have a lethal weapon after patting him down and had taken his driver's license, so "they could have easily waited and caught him later."

"It was just unnecessary,” Stewart said, adding that there needs to be a "better understanding of community-based policing" in America.

"They put George Floyd in handcuffs and he was subsequently killed,” Stewart said. “So just getting put in handcuffs if you’re African American doesn’t mean, oh, you’re going to get nicely taken to the back of a police car.”