Starting Nov. 7, McDonald’s will bring back 17 of its most sought-after Happy Meal toys

The fast-food chain known for its golden arches is celebrating a ruby anniversary – 40 years, that is – of one of its most recognizable meals in one of the most nostalgic ways possible.

The McDonald's Happy Meal – no longer a kid – is turning 40, and like Ronald McDonald’s shoes, the birthday bash will be massive.

From Nov. 7 to Nov. 11, McDonald’s will bring back 17 of its most iconic and sought-after Happy Meal toys over the past four decades in celebration of its meal’s milestone.

Some of the honored guests include a Tamagotchi, a Furby, a firefighting Chicken McNugget, and yes – the return of Patti the Platypus. You might even say, your childhood will ketchup with you.

“Parents tell us how fondly they recall their favorite toys,” said Colin Mitchell, McDonald’s senior vice president of global marketing. “So, unboxing the Surprise Happy Meal together creates a real moment of bonding with their children. We hope these toys are something that they will treasure and remember.”

Though, the celebration comes about five months late. The first Happy Meal was introduced in June 1979 as the “Circus Wagon Happy Meal,” according to McDonald’s U.S. Business Delivery Lead Jamie Straza.

The inaugural Happy Meal came with a hamburger or cheeseburger, fries, cookies, and – most importantly – a special prize. (Chicken McNuggets wouldn’t be added to the line-up for another five years.) The prize would either be a McDoodler stencil, puzzle lock, McWrist Wallet, ID bracelet, spinning top, or McDonaldland character erasers.

The Happy Meal boxes weren’t always the iconic red cubes with a golden smile – when the combos were first released, they came in a slender, rounded-top bag.

And during the 40th anniversary celebration, McDonald’s redesigned their signature box once again: this time, covering the sides in throwback stickers, roughing up the edges to show the box’s historic journey, and even changing up its handles as a nod to the very first Happy Meal.

“Since the Happy Meal was introduced on the menu, it quickly became synonymous with our brand,” said Steve Easterbrook, former McDonald’s CEO. “Today, this iconic red box creates delicious, lasting memories for billions of families annually across the world.” 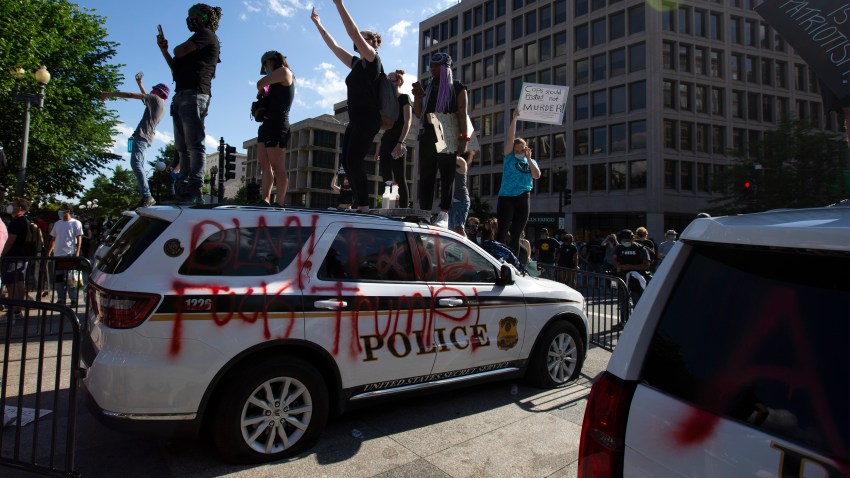 But the exterior of the Happy Meal wasn’t the only thing to change since its McInception in 1979.

Straza said the “nutritional evolution” of the Happy Meal began in 2003.

Within the following decade, Apple Dippers and Yoplait GO-GURT became a staple in the kid’s (and some adult’s) meal. The company also removed pop as a promoted drink option across the U.S., and four years later, more than half of all American Happy Meals were served with water, milk, or juice, according to Straza.

As the food options grew, so too did the fast-food giant’s locations.

In 1982, the Happy Meal debuted outside of the U.S. for the first time in Guatemala, Straza said. It quickly spread to Australia, Hong Kong, New Zealand, and beyond. And by 1991, the Happy Meal reached the stars when the combo was offered as an in-flight option for passengers flying from Chicago to Orlando.

In total, the Surprise Happy Meal will have 15 toys to collect for international fast-food fans, and 17 for those in the U.S. The exclusive American toys highlight the strong relationship between Mickey Mouse and Ronald McDonald, with toys of 101 Dalmatians and Sorcerer’s Apprentice Mickey.

Here are all of the throwback toys coming out of retirement:

*Only available in participating U.S. stores.

With more than 1,000,000,000 Happy Meals sold around the world each year, customers will do everything but grimace at the 40th birthday celebration (though, the Happy Meal doesn’t look a day over 29).