The deal announced Thursday, which must still be approved, requires the Sacklers to pay as much as $6 billion, with $750 million for victims and their survivors

For those who lost loved ones in the opioid crisis, making sure the family behind OxyContin maker Purdue Pharma paid a price was never just about money. What many wanted was a chance to confront the Sackler family face to face, to make them feel their pain.

While some may get that chance — at least by video — under a new, tentative settlement reached Thursday that also would force the Sacklers to pay out billions, the families still are coming away feeling empty, conflicted and angry yet again. There's a bit of hope mixed in, too.

Nothing, though, will bring back any of the lives lost or hold the Sacklers fully accountable, in their eyes.

“I’d like to see the Sacklers bleed all they can, but the bigger picture for me is what they’re doing to clean up the mess,” said Vicki Meyer Bishop of Clarksburg, Maryland, who lost her 45-year-old son, Brian Meyer, in 2017. “We’re all so very worried about the next generation and the next child who will be lost.”

The Sacklers, whose wealth has been estimated in court filings at over $10 billion, will get to hang on to a chunk of their vast fortune and be protected from current and future civil lawsuits over opioids.

The deal announced Thursday, which must be approved by a federal bankruptcy judge, requires the Sacklers to pay as much as $6 billion, with $750 million for victims and their survivors. Most of the rest will go to state and local governments to fight the crisis. They also must give up ownership of their company, with the new entity's profits going toward fighting opioid addiction through treatment and education programs. 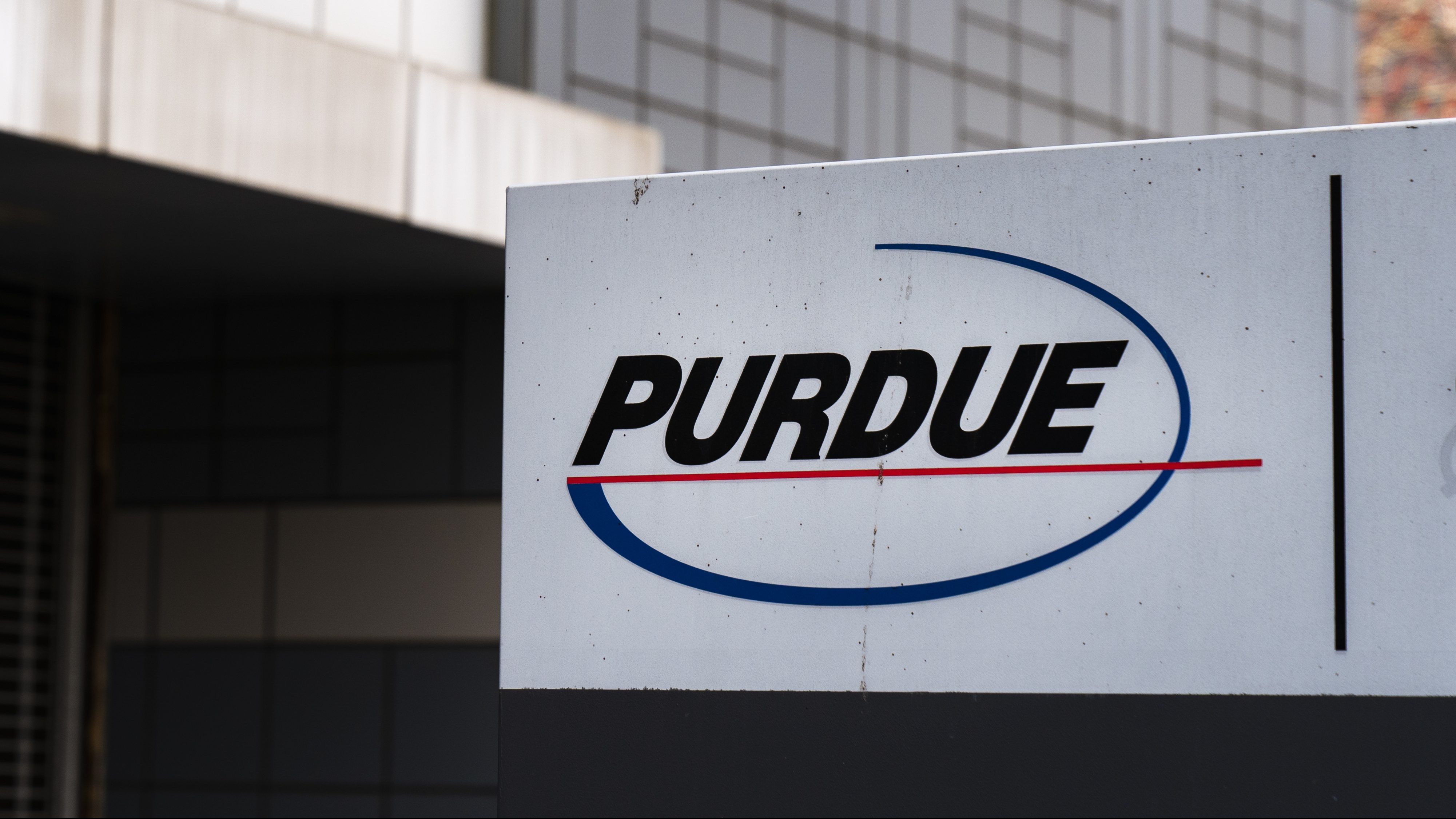 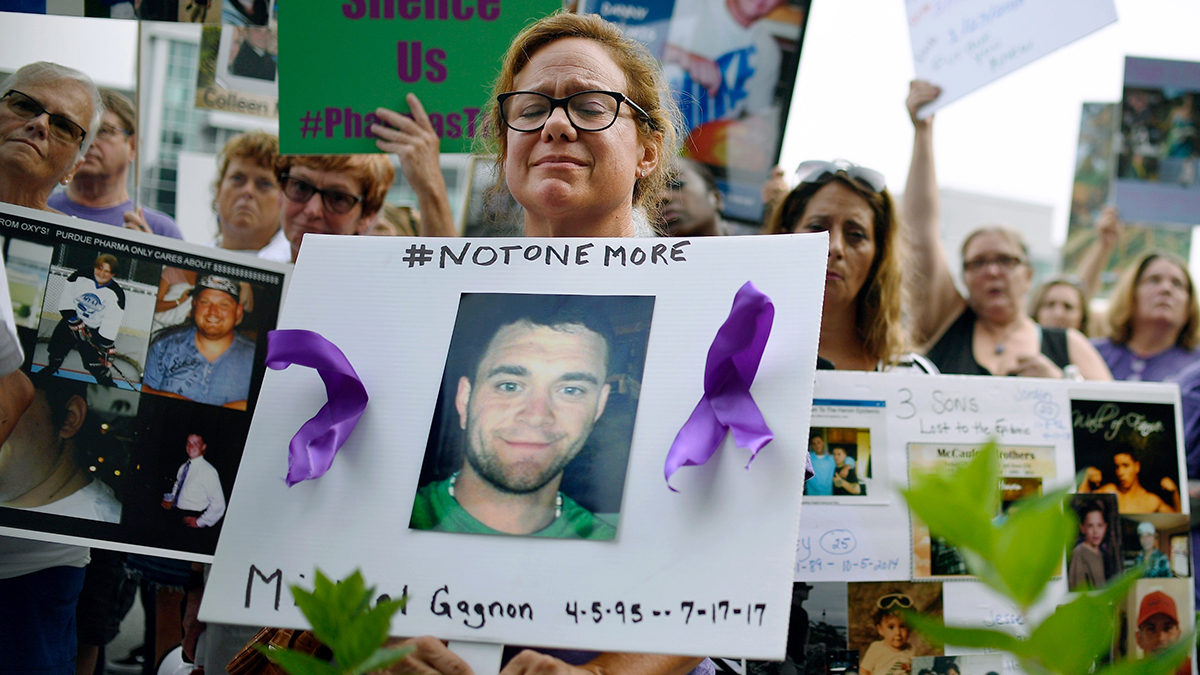 Some of the survivors of the opioid crisis and relatives of those who died will receive payments. But most will get just a few thousand dollars — not even enough to reimburse the cost of a funeral — and many more who have not filed claims already will be shut out altogether.

“These families do need to get something,” said Beth Schmidt, who started a support group in Sykesville, Maryland, after her son Sean died in 2013, one of 13 lost in their town in little over a year. “We have families that can’t afford to bury their children. They’re choosing cremation because it’s less expensive. They shouldn’t have to do that.”

The agreement also recommends that the victims be allowed to directly share their heartache with Sackler family members by videoconference at a hearing scheduled for Wednesday.

Meyer Bishop would love to face the Sacklers and show them a picture of her son that's “so big they couldn’t look away.”

“It's what I see before I fall asleep every night,” she said. “I don’t even know if that would touch them. I don’t think it would.”

The Sacklers have been cast as the leading villains in the country’s opioid crisis by activists who point to their lack of remorse and long-running efforts to shield their wealth while maintaining a lavish lifestyle. Their role in the epidemic was spotlighted in Hulu’s miniseries “Dopesick.”

A half-million Americans have died from opioids over the past two decades, a toll that includes victims of prescription painkillers like OxyContin and Vicodin and illicit drugs such as heroin and fentanyl.

“Everyday this goes on, we lose all of these people,” said Lynn Wencus, of Wrentham, Massachusetts, whose son Jeff died of an overdose in 2017. “If states use the money the way it's supposed to be, then we will be saving lives.”

It bothers her that more money won't end up in the hands of the families, but she also knows nothing would make up for what she and so many others have lost.

“Even if I got a billion dollars, it's not going to bring back my son,” she said.

In one of the hardest-fought provisions in the settlement, the Sacklers will be protected from future opioid lawsuits. While they weren’t given immunity from criminal charges, there have been no indications they will face any.

Allowing the Sacklers to avoid any more lawsuits or jail time is a dangerous message to send to the pharmaceutical industry or any other business, said activists who have fought for Purdue owners and company officials to be charged with crimes.

“What makes me most angry is they're getting away with it,” said Tim Kramer, of Waterford Township, Michigan. “They’ve got more money than God, so it's not going to hurt them. I'd like to see them go to prison, and a regular prison, not one of those resort prisons.”

His common law wife, LeeRae Conn, was 46 when she overdosed in 2018. He found out she was addicted soon after they met a decade earlier.

Sackler family members have never unequivocally offered an apology, but on Thursday issued a statement of regret about the toll of OxyContin.

The settlement comes more than two years after the Stamford, Connecticut-based company filed for bankruptcy while facing some 3,000 lawsuits that accused it of fueling the crisis by aggressively pushing sales of its signature painkiller.

An earlier settlement fell apart last year, but this time the Sacklers agreed to add another $1 billion and accepted other terms.

“It’s money, but there’s still no accountability,” said Liz Fitzgerald, of Southington, Connecticut, who said she wanted to hear a public apology.

She lost two adult sons, who first used OxyContin in high school, to overdoses in 2013 and 2017.

“My three children have lost two brothers, and I think that a lot more needs to be done to support families because of the traumatic PTSD. They just destroyed our lives,” she said.

“I have a granddaughter who lost her dad. No money in the world is going to bring back her dad,” Fitzgerald said. "How do you tell a 10-year child that your dad’s gone and not even understanding addiction? It’s just horrific.”