Next Up, Tampa Bay: Sox Beat Yankees to Advance to ALDS

"It's fun, it's fun. Now we go to the next one," manager Alex Cora said after Tuesday night's win

The Boston Red Sox are waking up Wednesday morning with momentum heading into the American League Division series one day before facing the Rays in Tampa.

"It's one of those teams in our division, we know them well and I feel like we've faced off well against them in the past," pitcher Nathan Eovaldi said. "Coming into this one, you see, anything can happen."

Eovaldi pitched a shutout into the sixth inning Tuesday night in the Wild Card Game against the New York Yankees, in front of a raucous sell-out crowd of 38,324 at Fenway Park. In all, Eovaldi allowed one run on four hits in 5 1/3 innings, striking out eight.

Both Xander Bogaerts and Kyle Schwarber hit home runs, leading the Sox to the victory. Alex Verdugo hit an RBI double in the sixth, driving in a hustling Bogaerts from first, to make it 4-1 and then singled in two more in the seventh to give Boston a 6-1 lead.

Stanton, who singled high off the wall early, hit a solo homer in the ninth to make it 6-2. Joey Gallo followed with a deep drive to right that was caught at the warning track by Hunter Renfroe.

Outfielder Alex Verdugo made a Facetime call to a big fan who really needed a pick-me-up.

With one last “Yankees suck!” chant echoing through the ballpark, Garrett Whitlock got Gleyber Torres to pop up to center to end it.

The Red Sox poured out of their dugout and bullpen to celebrate at the pitcher’s mound as “Dirty Water” played on the speakers. A few Yankees stood in the dugout and watched.

Not even an appearance by Boston heartbreaker Bucky Dent could help them advance in October. Dent’s famous home run at Fenway sent New York past Boston in the 1978 AL East tiebreaker, the only other one-game, winner-take-all matchup between the teams. The former shortstop traveled from his Florida home to attend the game, and the Yankees were hoping his presence could help propel them into an AL Division Series against Tampa Bay.

It turned out to be just another footnote in a season short on memorable moments.

Yankees starting pitcher Gerrit Cole lasted only two-plus innings, allowing three runs and four hits with two walks in his latest shortcoming against Boston. It was a lackluster showing from a pitcher who landed a $324 million, nine-year deal from the Yankees as a free agent in December 2019.

Tuesday's game was the fifth playoff matchup between the longtime foes, with Boston taking a 3-2 edge. That doesn’t count the 1978 AL East tiebreaker -- technically regular season Game No. 163 -- that the Yankees won thanks to Dent’s homer into the net above the Green Monster.

"It's fun, it's fun. Now we go to the next one," he said. "We've just got to be ready to face a great baseball team. Coming into the season, everyone talked about them being the best team in the big leagues, and we have a huge challenge, but we are ready for it."

More on the Red Sox 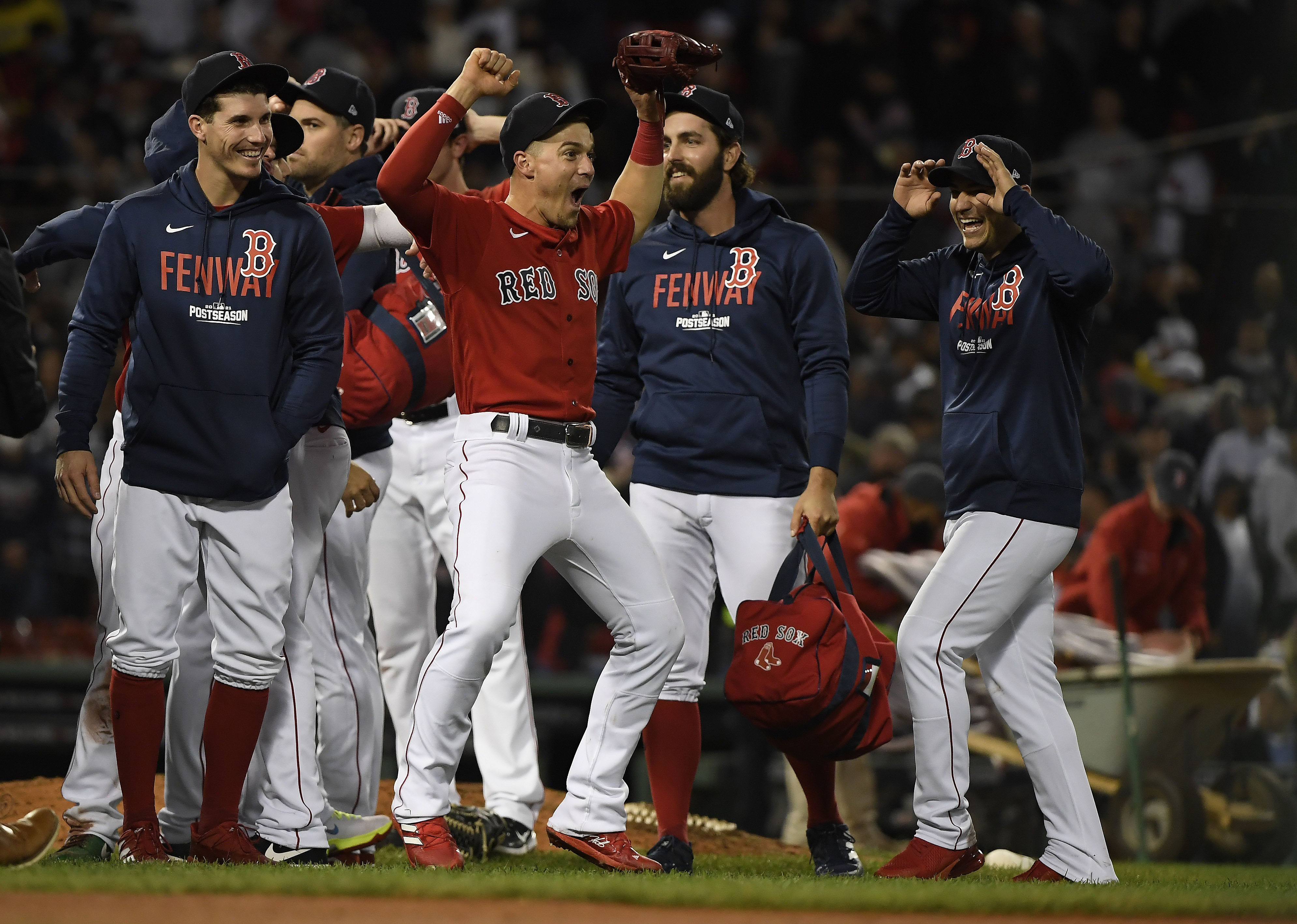 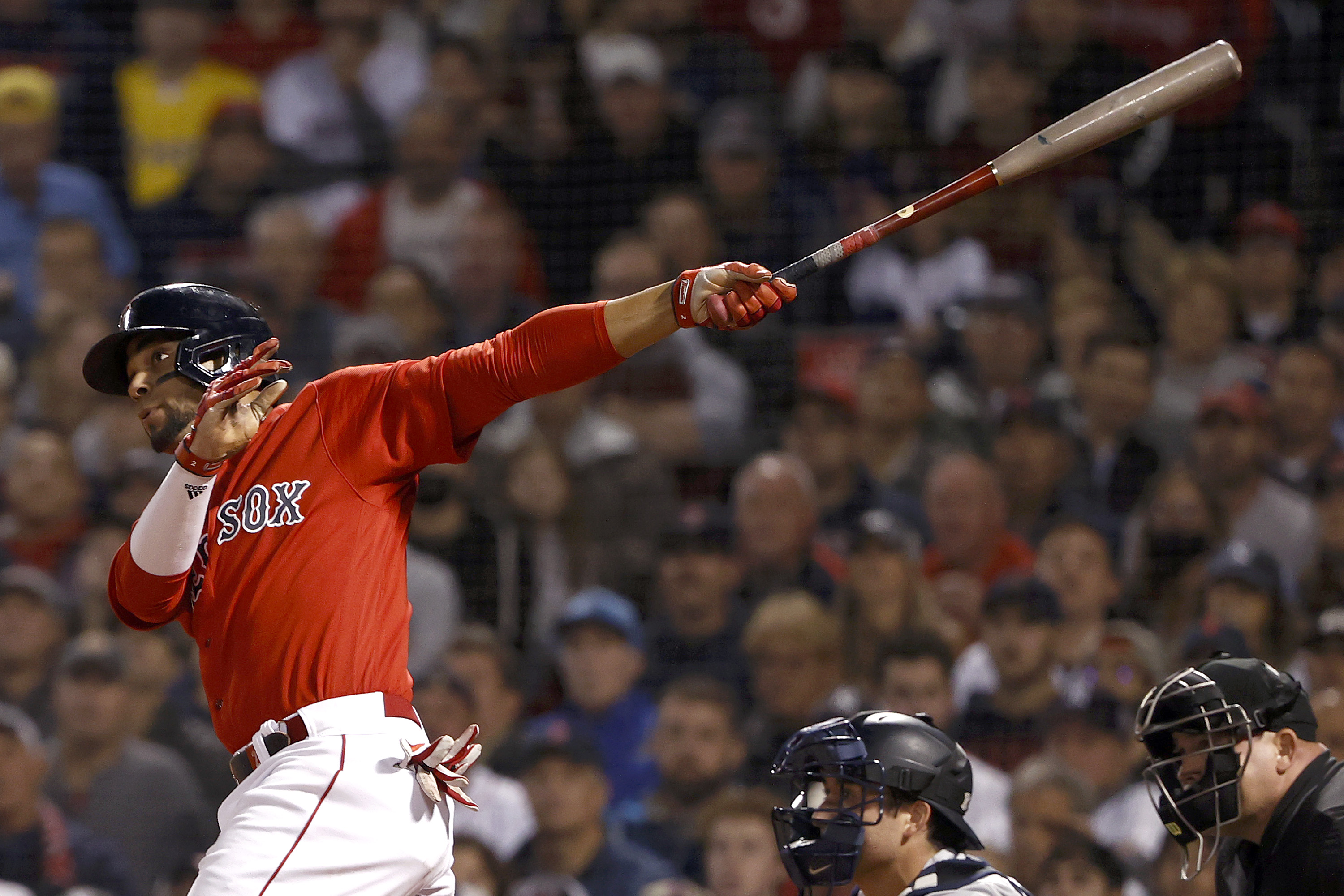