More than 800 students were at the Government Science Secondary School, Kankara, when it was attacked Dec. 11 by armed men.

More than 800 students were at the Government Science Secondary School, Kankara, when it was attacked Dec. 11 by armed men. Hundreds escaped and it was believed there were more than 330 still captive.

“At the moment, 344 of the students have been released and handed over to the security operatives. I think we can say at least we have recovered most of the boys, if not all of them,” he said.

Arrangements are being made to transport them to Katsina, he said.

“The news reaching about an hour ago indicates that all of them have been recovered and they are on their way from the forest area to Katsina, Masari said, adding that they would be examined by doctors Friday and then arrangements would be made to reunite them with their families. 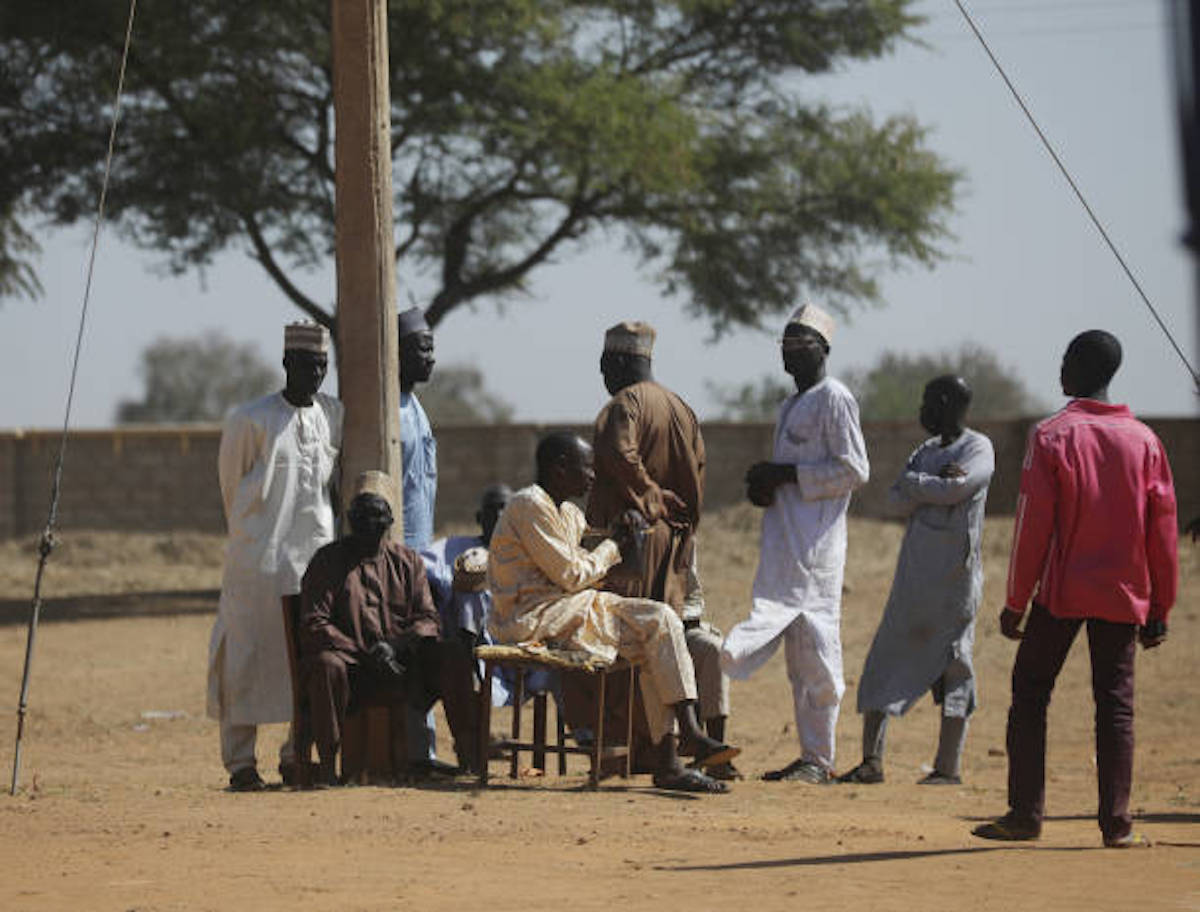 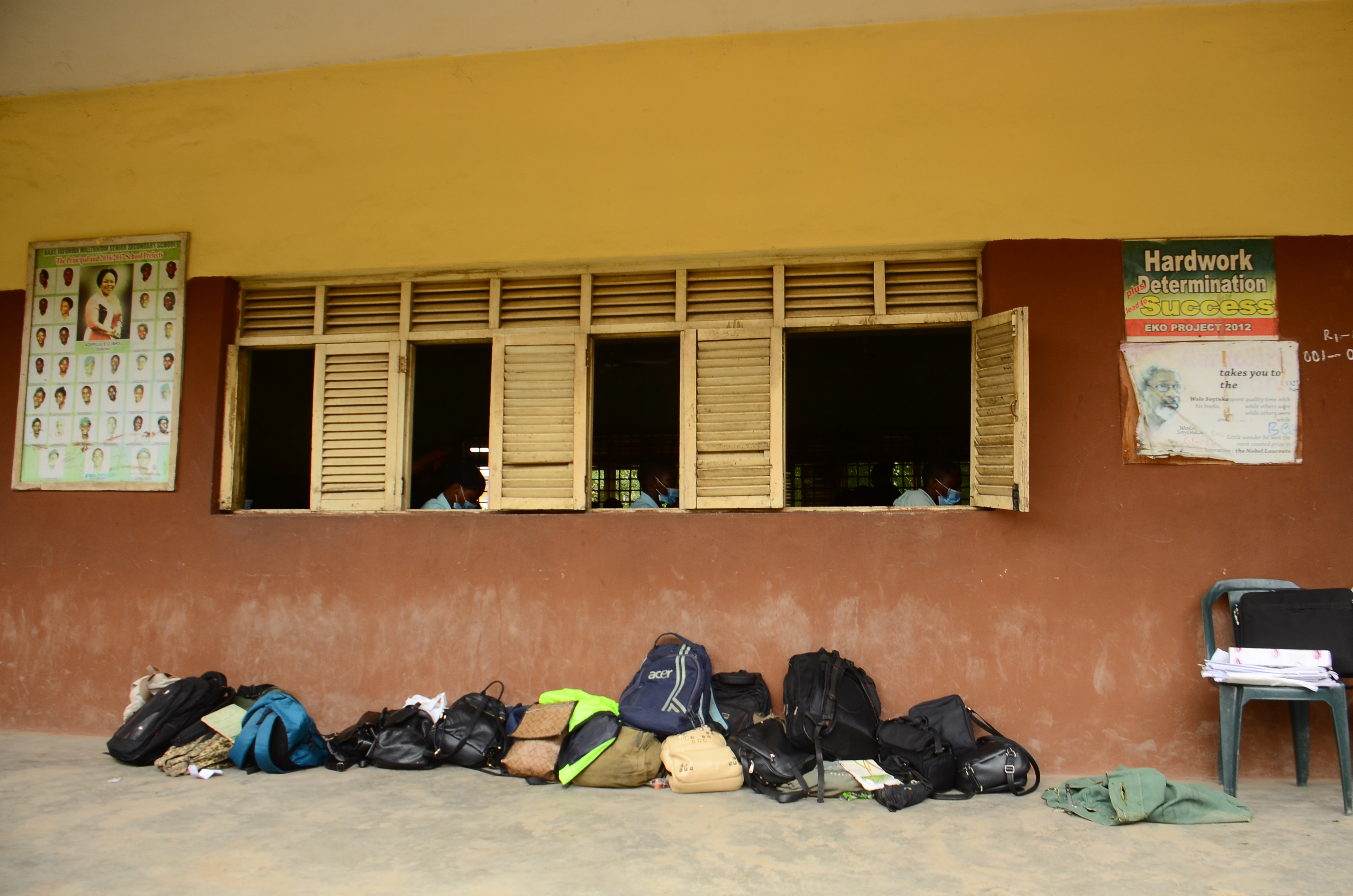 Hundreds of Nigerian Students Missing After Attack on School

The government will be “working with the police and also to engage private security firms to safeguard schools” to prevent the “ugly experience of the last six days," he said.

The government had said it was negotiating with the attackers.

News of the release came shortly after a video was released by the jihadist rebels of Boko Haram that purportedly showed the abducted boys. Boko Haram claimed responsibility for the abduction.

In the more than six-minute video seen by Associated Press journalists, the apparent captors tell one boy to repeat their demands that the government call off its search for them by troops and aircraft.

A voice can be heard telling the boy, who is clearly under duress, what to say from behind the camera. The youth says they were kidnapped by a gang directed by Boko Haram factional leader Abubakar Shekau and that some of those abducted from the Government Science Secondary School were killed.

The video circulated widely on WhatsApp and first appeared on a Nigerian news site, HumAngle, that often reports on Boko Haram.

Government officials said police, the air force and the army tracked the kidnappers to a hideout in the Zango/Paula forest. There has been an outcry in the West African nation against the government for not doing enough to stop attacks on schools, as well as villages, in the north.

Experts say the attack was likely carried out by local gangs, who have staged increasingly deadly assaults in northwest Nigeria this year, and could possibly have been collaborating with Boko Haram.

Parents of the missing students have been gathering daily at the school in Kankara for news of their sons.

The government first identified the attackers as bandits, who are known to use child soldiers.

Earlier, Masari said 17 boys have been rescued since the initial abduction.

Usama Aminu, a student who was able to escape his captors, told the AP that he heard gunshots when the attack began. At first he thought the shots came from a nearby town, but said that when he realized it was a raid on the school by men with AK-47s, he and others scrambled from their dormitory and scaled a fence in the pandemonium.

Even though the 17-year-old fled, he and the other students still were not safe.

“After we scaled the fence, we were hearing voices that we should come back,” Aminu said.

The boys returned “thinking they were police officers. Unknown to us it was the bandits. They then gathered us at a spot. That was when we realized they were bandits, wearing military uniform,” he said.

“We walked through the night in the bush, and at sunrise they found a place and asked us to sit down,” he added.

During their hike, Aminu said they met other boys in their teens carrying guns. He said some were younger than him.

“When the bandits heard the sound of the helicopter hovering above, they asked us to lay down under the large trees with our face to the ground,” said Aminu, who suffers from sickle cell anemia, recently transferred to the school to be closer to his family and medical care.

Exhausted from the trek, Aminu held onto the shoulders of two friends “as the bandits continued to flog people from the back so that they can move faster.”

After dark, he decided to recite passages from the Quran. It was then that he managed to slip away unnoticed and hide in a mosque. A resident eventually found him coughing and offered him a change of clothes so that he could leave his school uniform behind, he said.

He returned home about 11 p.m. Sunday.

His father, Aminu Ma’le, told AP he was relieved but still worried for the others. “I cannot celebrate alone because of the other boys still missing,” said the father.

Katsina state shut down all its boarding schools to prevent other abductions. The nearby states of Zamfara, Jigiwa and Kano also have closed schools as a precaution.

Armed bandits have killed more than 1,100 people since the beginning of the year in Nigeria’s northwest, according to Amnesty International.

For more than 10 years, Boko Haram has engaged in a bloody campaign to introduce strict Islamic rule in Nigeria’s north. Thousands have been killed and more than 1 million have been displaced by the violence.

Boko Haram has been mainly active in northeast Nigeria, but with the abductions from the school in Katsina state, there is worry the insurgency is expanding to the northwest.

Friday's abduction is a chilling reminder of Boko Haram’s attacks on schools. In February 2014, 59 boys were killed when the jihadists attacked the Federal Government College Buni Yadi in Yobe state.

In April 2014, Boko Haram kidnapped more than 270 schoolgirls from a government boarding school in Chibok in northeastern Borno state. About 100 of those girls are still missing.

In 2018, Boko Haram Islamic extremists brought back nearly all of the 110 girls they had kidnapped from a boarding school in Dapchi and warned: “Don’t ever put your daughters in school again.”