US Employers Stepped Up Hiring in October, With 531K Jobs Added

Friday’s report from the Labor Department also showed that the unemployment rate fell to 4.6% last month, from 4.8% in September

America’s employers boosted their hiring last month, adding a solid 531,000 jobs, the most since July and a sign that the recovery from the pandemic recession is overcoming a virus-induced slowdown.

Friday’s report from the Labor Department also showed that the unemployment rate fell to 4.6% last month from 4.8% in September. That is a comparatively low level though still well above the pre-pandemic jobless rate of 3.5%. And the report showed that the job gains in August and September weren’t as weak as initially reported. The government revised its estimate of hiring for those two months by a hefty combined 235,000 jobs.

All told, the figures point to an economy that is steadily recovering from the pandemic recession, with healthy consumer spending prompting companies in nearly every industry to add workers. Though the effects of COVID-19 are still causing severe supply shortages, heightening inflation and keeping many people out of the workforce, employers are finding gradually more success in filling near record-high job postings.

“This is the kind of recovery we can get when we are not sidelined by a surge in COVID cases,” said Nick Bunker, director of economic research at the employment website Indeed. “The speed of employment gains has faltered at times this year, but the underlying momentum of the U.S. labor market is quite clear.” 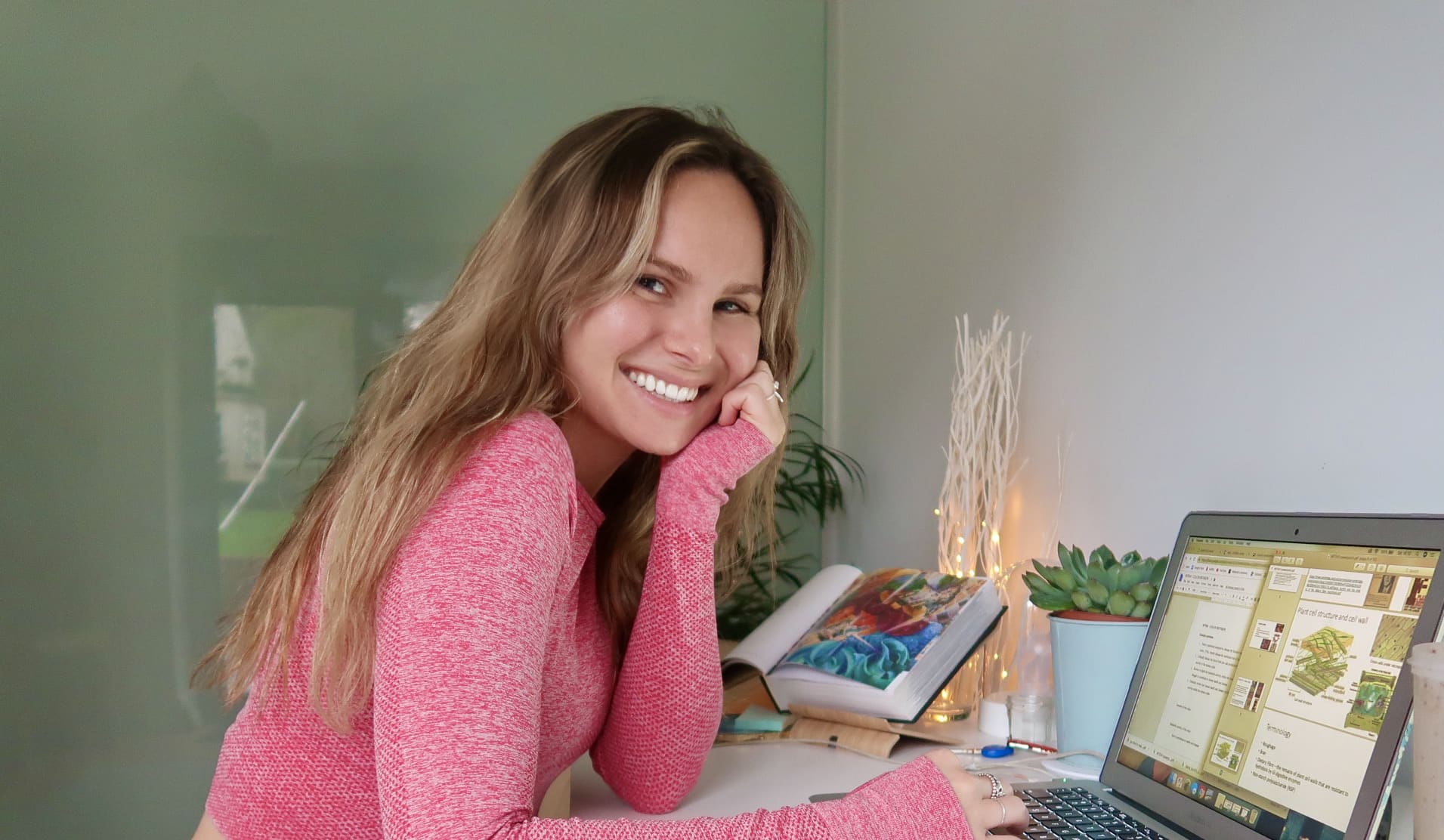 This 27-Year-Old Quit Her Job ‘With No Backup Plan.' Now She Makes $10,000 Per Month Freelancing on Fiverr 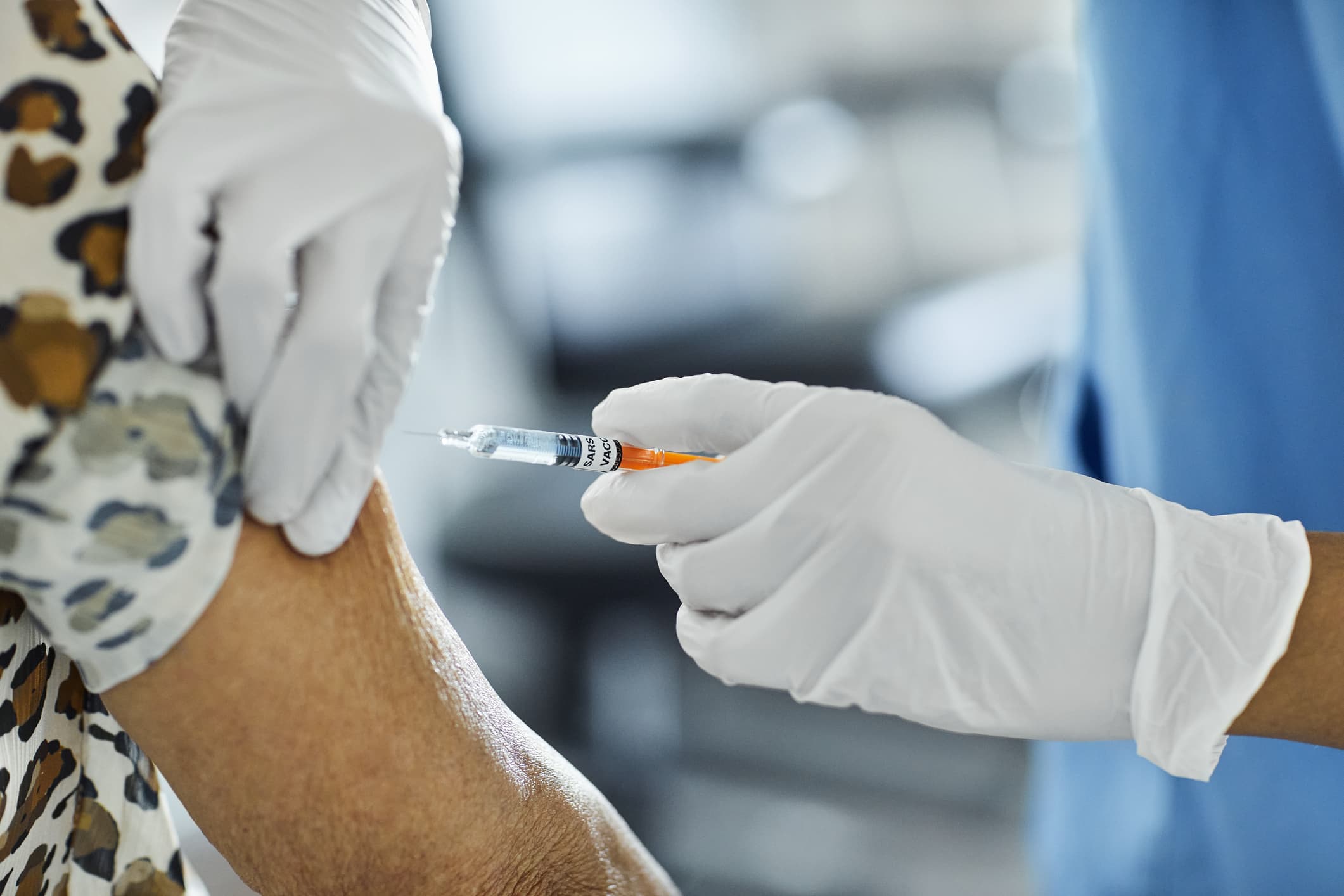 The better-than-expected jobs report was welcomed on Wall Street, where investors sent stocks further into record territory. The Dow Jones Industrial Average was up more than 200 points, or roughly 0.6%, in early-afternoon trading. Short-term Treasury yields rose as some investors moved up their expectations for when the Federal Reserve will begin raising interest rates. But longer-term yields dipped amid muted expectations for inflation over the long term.

By most barometers, the economic recovery appears solidly on track. Services companies in such areas as retail, banking and warehousing have reported a sharp jump in sales. Sales of new and existing homes surged last month. And consumer confidence rose in October after three straight declines.

At the same time, though, the nation remains 4.7 million jobs short of the number it had before the pandemic flattened the economy in March 2020. The effects of the virus are still discouraging some people from traveling, shopping, eating out and attending entertainment venues. The least-advantaged Americans, many of them women and people of color, are still struggling.

In October, the pickup in hiring was spread across nearly every major industry, with only government employers reporting a job loss, mostly in education. Shipping and warehousing companies added 54,000 jobs. The battered leisure and hospitality sector, which includes, restaurants, bars, hotels and entertainment venues, gained 164,000. Manufacturers, despite their struggles with supply shortages, added 60,000, the most since June 2020.

And employers, who have been competing to fill jobs from a diminished pool of applicants, raised wages at a solid clip: Average hourly pay jumped 4.9% in October compared with a year earlier, up from 4.6% the previous month. Even a gain that strong, though, is barely keeping pace with recent surges in consumer inflation.

Those price increases pose a headwind for the economy. Higher costs for food, heating oil, rents and furniture have burdened millions of families. Prices rose 4.4% in September compared with 12 months earlier, the sharpest such jump in three decades.

Among people who are receiving pay raises, some of the biggest beneficiaries are the record-high number of people who have been quitting jobs to take new ones. One of them is Christian Frink, who has begun work as a business analyst at a digital consulting firm. In his new job, Frink, 27, of Ferndale, Michigan, helps business clients determine the technologies they need.

Earlier this year, Frink held a marketing job but left it because, like many people during COVID, he felt burnt out. He then worked for Door Dash during the spring and summer to earn money and searched for new work. Although employers were complaining about a labor shortage, several told him they wouldn’t hire anyone without a college degree. (Frink attended college but didn’t graduate.)

Under a new rule from the Department of Labor, tipped workers who spend more than 20% of their time on non-tipped work (like cleaning or rolling silverware) are owed a minimum wage of $7.25 an hour, instead of the $2.13 allowed for tipped workers. David Cooper of the Economic Analysis and Research Network explains and shares some interesting history of tipping in the U.S. - including the practice's origins in slavery.

This past summer, Frink took coding classes at Tech Elevator, a boot camp, and then landed his new position. Now, he's earning 35% more than in his previous job and says he's “blown away” that he already has health care coverage and doesn't have to wait months to become eligible.

Job prospects are brightening even for people who have been out of work for prolonged periods. The number of long-term unemployed — people who have been jobless for six months or more — has fallen sharply in recent months, to 2.3 million in October from 4.2 million in April. That is still double the pre-recession total. But it's an encouraging sign because employers are typically wary of hiring people who haven’t held jobs for an extended time.

One disappointing note in Friday's report is that the workforce — the number of people either working or looking for a job — was unchanged in October. That suggested that the reopening of schools in September, the waning of the virus, and the expiration of a $300-a-week federal unemployment supplementhave yet to coax many people off the sidelines of the job market in large numbers.

Drawing many people back into the workforce after recessions is typically a prolonged process. There are now 7.4 million people officially out of work — just 1.7 million more than in February 2020, before the pandemic struck the economy. Yet millions more who lost jobs during the recession have given up their job hunts, and employers might have to raise pay and benefits to draw them back in, said Aaron Sojourner, a labor economist at the University of Minnesota.

Even so, some companies still can’t find enough workers. Many parents, particularly mothers, haven’t returned to the workforce after having left jobs during the pandemic to care for children or other relatives. Yet there was evidence of a small rebound last month: The proportion of women who were either working or looking for work rose after two months of declines.

Some companies will address employee mental health sparingly - like they're "checking a box," says Kelly Greenwood of Mind Share Partners. But fully catering to employees' mental health needs - like time off and understanding when they're having a rough time - requires a change of company culture.

Kourtni Graves of Detroit has been in and out of work during the pandemic because of her parenting duties. She quit an administrative assistant job a year ago because her day care had shut down, and she had to look after her 5-year old twin girls.

Graves, 27, looked for work-from-home jobs, but many employers didn't want to provide the flexibility she needed.

“They don’t want you to have to pick up your kids from school,” particularly during a training, she said. “For me as their mom, I can't do that.” She said the father of her children, who works in the auto industry, helps financially.

But with the girls now in kindergarten, Graves broadened her job search and this week accepted a job at a clothing store. She feels overqualified, given her seven years working in administrative jobs. But is happy to be working.

“They’re paying pretty decent for retail," she said. “It’s definitely been a struggle and a journey."