The deadliest wildfire in California history destroyed the homes of nearly all the members of the Paradise High School football team nearly three years ago, but it somehow spared the one spot of land that gave them the hope to rebuild.

In just over four hours on Nov. 8, 2018, the Camp Fire incinerated nearly 14,000 homes in Paradise and killed 86 people, but the high school's football field was stunningly untouched by any serious damage.

It was a symbol of hope for a community badly in need of one, a place where football has been a staple of Friday nights since the 1950s.

Legendary Paradise coach Rick Prinz, who has coached the team to 10 league titles in the past 22 seasons, was one of the few residents whose home was still standing after the flames stopped just feet away from his property.

"I did tell my son, Friday morning after the fire, I said, 'If our house is there, that’s a sign that God wants me to stay here,'" Prinz told Steve Patterson on TODAY Monday.

Prinz held a meeting in the wake of the destruction, and only 12 players attended.

"I told them, 'We're having football no matter what,'" he said.

Prinz called for a practice even though the team had no jerseys, helmets, facilities or even a football to use.

"I wanted to give them some hope, and maybe me a little bit of hope, too," Prinz said.

Four days after the fire, the team and coaches received another emotional lift when they were invited by the San Francisco 49ers to attend their "Monday Night Football" game.

One season later, the team was back on the field in front of a crowd of more than 5,000 fans at its home stadium.

"That night especially brought true hope to the town," Prinz said. "It brought hope to those who want to come back and rebuild, that, 'Hey, it can be normal again. It can be our town again.'"

Longtime Los Angeles Times columnist Bill Plaschke witnessed that magical night and has been back several times to write a book, "Paradise Found: A High School Football Team’s Rise from the Ashes," about the town and team. 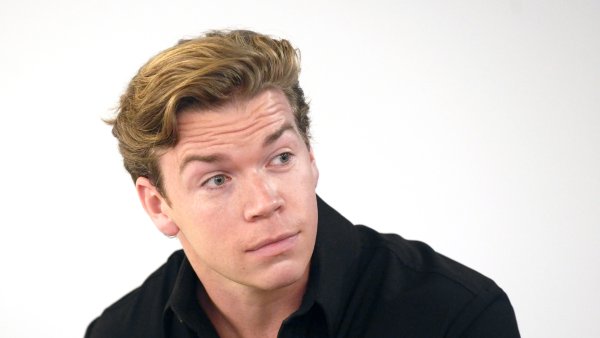 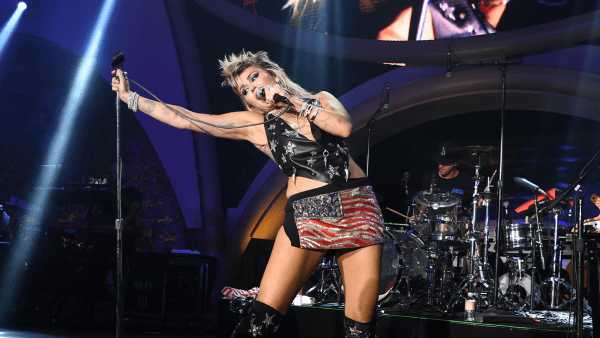 Miley Cyrus Embraces Her Deep Voice, Despite Being Told She Sounds ‘Like a Man'

"I walked out of here after the first home game, (and) people wouldn’t leave. People were crying. They were hugging," Plaschke told Patterson on TODAY. "The Bobcats won. Paradise won. The Bobcats survived. Paradise survived.

The bond between the remaining players was so strong that running back Tyler Harrison chose to stay in Paradise and bunk with friends and coaches even after his family was forced to relocate to San Diego.

"It’s family," Harrison said on TODAY. "We’re out here together every single day. This is like a second home to me."

About 1,000 homes have been rebuilt since the fire out of the nearly 14,000 destroyed, so Paradise still has a long road ahead.

Former mayor Greg Bolin, who has run the chain gang at the Paradise football games for the last 20 years, has helped rebuild 70 of the homes through his construction company.

"I had a 70-year-old guy, he says, 'Greg, the fire was the worst thing I’ve ever been through,'" Bolin said on TODAY. "But he said, 'For the first time in my life, I have a brand new home. Never had that before.'"

Their progress and resilience were once again highlighted by the 49ers ahead of Sunday night's home game against the Indianapolis Colts. The 49ers hosted the Bobcats' players and coaches again, presenting them with a symbolic jersey with "Paradise, CA 11-08 2018" on it and honoring them during the national anthem.

While so much has changed for the town in the past three years, one thing has remained the same — a winning football team. With one home game remaining, Paradise is 5-1 and looking forward to reaching the state playoffs.