Patterns Emerge in Jury Screening for Trial in Floyd's Death

The first week of jury selection in the trial of a former Minneapolis police officer charged in George Floyd's death established patterns for how attorneys go about dismissing potential jurors they perceive as unfavorable to their side.

The defense is striking people who tell the court they already have strong feelings about Derek Chauvin's guilt. The prosecution, meanwhile, is blocking potential jurors who seem inclined to give police the benefit of the doubt — or who express misgivings about the Black Lives Matter movement.

Though their targets are predictable, there's an art to how both sides carry it out. Attorneys have sought in their questioning to unearth biases against their case by members of the jury pool, prompting Judge Peter Cahill to dismiss them and saving precious and limited strikes.

They're not always successful.

Jury selection began Tuesday in the murder trial of Derek Chauvin, the former Minneapolis police officer seen in cell phone video with his knee across George Floyd's neck in the minutes before his death.

One candidate wrote in his questionnaire that he had a “very negative” perception of Chauvin after watching the widely seen video of Floyd’s arrest. When asked to explain, he said he felt that Floyd was treated “worse than an enemy combatant.”

“It reminded me of like a war scene,” he said. “What popped into my mind was images of World War Two.”

The man also said that he would have difficulty with the presumption of innocence in this case, and based on the video he saw, it would be hard for him to acquit Chauvin. Yet, despite his strong emotions and statements, when defense attorney Eric Nelson repeatedly asked if the man could abandon his opinions and decide the case impartially based on what is said in court, the man said, “Yes” – thwarting Nelson’s attempts to have the judge dismiss the juror for cause. “If I couldn’t imagine myself saying ‘not guilty,’ I wouldn’t be here,” the man said.

Nelson was forced to use a peremptory strike to keep him off the jury. He gets 15 such challenges that may be used without giving a reason — as long as it's not solely due to a person's race. The prosecution gets nine. 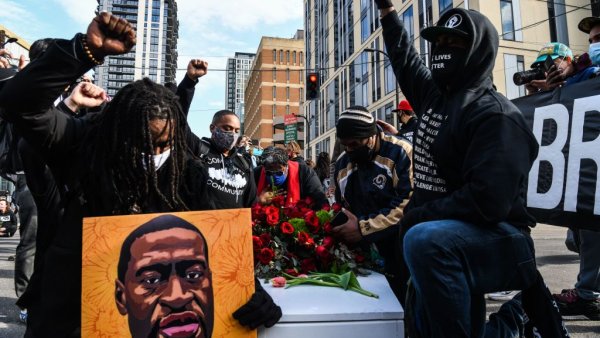 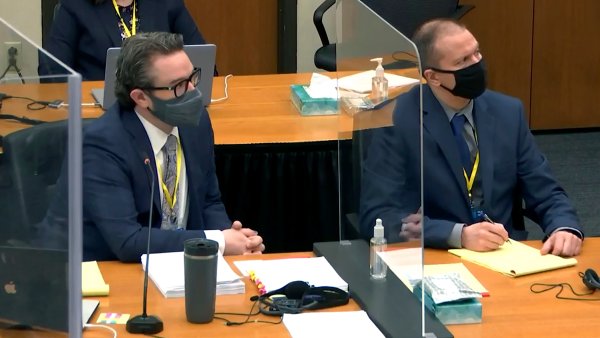 The defense attorney had to use another to strike a man who knew many details about the case from several news sources and expressed strong opinions about Floyd’s death in his questionnaire. The man also spoke positively about the protests that followed, saying they solidified the need for change and to end systemic racism.

Nelson noted that the man had posted on Facebook that he visited 38th and Chicago — the site of the fatal confrontation, which has been turned into a memorial — and he called it “holy ground.” Still, like the juror before him, the man kept saying affirmatively that he could set all his opinions aside and weigh the evidence fairly, forcing Nelson to use another peremptory strike.

So far, most of the rejected jurors have been people with negative views of Chauvin. But some have been struck for tilting toward police, or for being skeptical of the Black Lives Matter movement.

Under questioning from prosecutor Steve Schleicher, one man said he had a “somewhat unfavorable” view of Black Lives Matter. He said he thought the movement has “good intentions but has been involved in too much destruction in our city," and was disapproving of “BLM” graffiti across the city.

The George Floyd Justice in Policing Act is groundbreaking legislation. But even if the U.S. Senate finds the Republican votes needed to pass it, its impact on local law enforcement will be limited. Kadeem Cooper of the Lawyers’ Committee for Civil Rights joined LX News to explain why local action is also crucial.

It's “hard not to see those letters,” he said. He also said he has strong respect for law enforcement and strongly disagrees with the notion of defunding the police, a movement that gained currency after Floyd died.

Schleicher used one of his strikes to dismiss the man.

By day's end Friday, the defense had used eight peremptory strikes compared with five for the prosecution.

Seven jurors were seated in the opening week. Four were white, one was multiracial, one was Hispanic and one was Black, according to the judge. The court has two more weeks of jury selection blocked out before opening arguments scheduled for March 29.

Several jurors have been dismissed for cause. About two dozen in the pool were so problematic just from the answers they gave on their questionnaires that the attorneys from both sides agreed they should be struck without even facing questioning.

A bill named after George Floyd has been reintroduced by House Democrats that would impose police reforms on the federal level to create more accountability and transparency. Democratic strategist Michael Starr Hopkins joined LX News to discuss how the George Floyd Justice in Policing Act would help Black Americans feel safer in the hands of police, and what work still needs to be done.

For those potential jurors who have come to the courthouse under security escort through the fences, barbed wire and razor wire, some have been excused for cause because of personal hardships.

But most of those dismissed for cause had unshakable views.

Cahill dismissed one woman for cause after she said outright that she could not be an impartial juror. The woman said Floyd’s death has affected her life, prompting her to volunteer at a nonprofit group that helps underserved and vulnerable children. The judge and prosecution pressed her briefly to make sure she would not change her mind.

“You don’t think that you could give the defendant a fair trial?” Schleicher asked.